The weekend was a memorable one for Leona Maguire. The Irish golfer earned a first win on the pro...

The weekend was a memorable one for Leona Maguire.

The Irish golfer earned a first win on the pro tour by winning the Windsor Golf Classic in California.

As she basks in the glory of a tournament victory, the 2016 Olympian joined us on Off The Ball.

Victory in California is the culmination of a promising start to 2019.

"I got off to a nice start to the year in Australia and then straight back to the States," said the Cavan native. 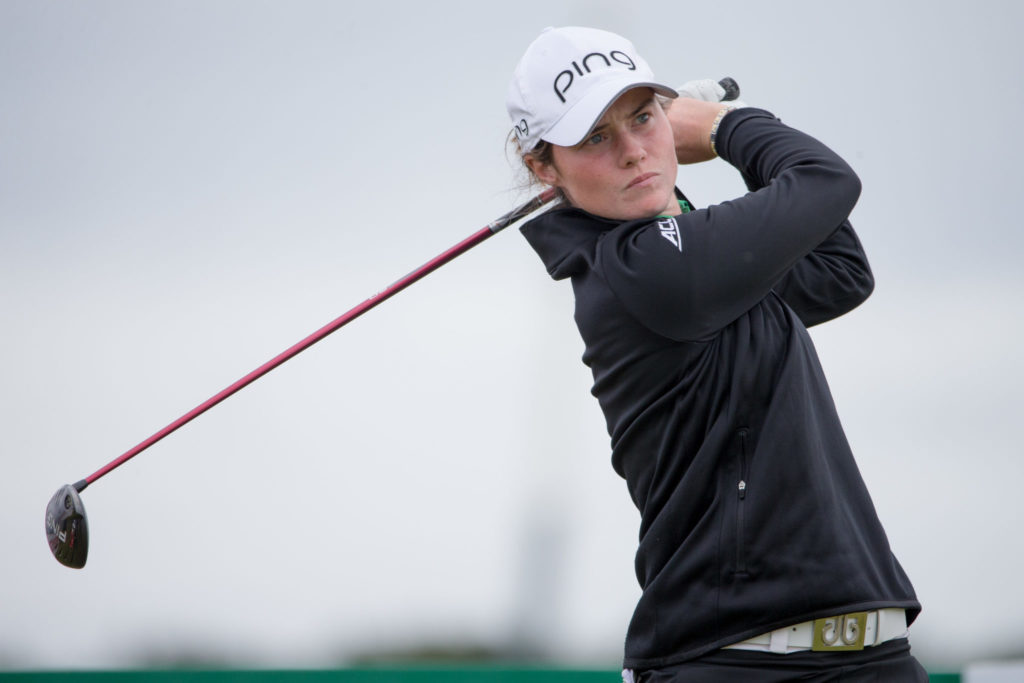 Leona Maguire of Ireland Tees off at the 16th tee during day two of the 2017 Ricoh Women's British Open at Kingsbarns Golf Links, St Andrews.

"Bit by bit, it was getting better every week and I wasn't far away. I kept talking to Dad and my coach back home and we knew we were close.

"We had come pretty close last week as well and I just needed a few putts to drop."

Maguire shot a final round 65 to seal a sensational win.

"If you're going to win a tournament, you might as well win it in style," she said.

"It was nice to get off to a good start and I knew I had a bit of ground to make up. I closed that gap quite nicely early on and it was nice to finish off with a birdie in the playoff and get that win."

You can listen to the full interview above via YouTube.