A transport worker in California is being praised for his quick thinking, after he saved a man fr...

A transport worker in California is being praised for his quick thinking, after he saved a man from the path of an oncoming train.

It happened on Sunday in the city of San Francisco at Coliseum Station, when the transport operator says a drunk man miss-stepped and fell into the trackway.

Supervisor John O'Connor was on the platform ensuring people stayed away from the yellow safety strip.

He immediately moved and grabbed the man by the shoulders - pulling him up to safety.

This #BART worker just saved this man from falling onto the tracks as the train was approaching! Amazing!! pic.twitter.com/RX3zD36853

Mr O'Connor spoke more about the rescue at a press conference on Monday.

He is a former train operator who was promoted to transportation supervisor, having worked there for 24 years.

He said he saw a young man go into the trackway from the corner of his eye, and acted swiftly to rescue him.

"It seemed a lot slower than it actually happened (on video)," he said.

"He came to the side, I figured he wasn't going to make it so I grabbed him and pulled him up to the platform.

"That's what we do. We got foreworkers, train operators, station agents who deal with this on a daily basis.

"We preach safety, and we practice it." 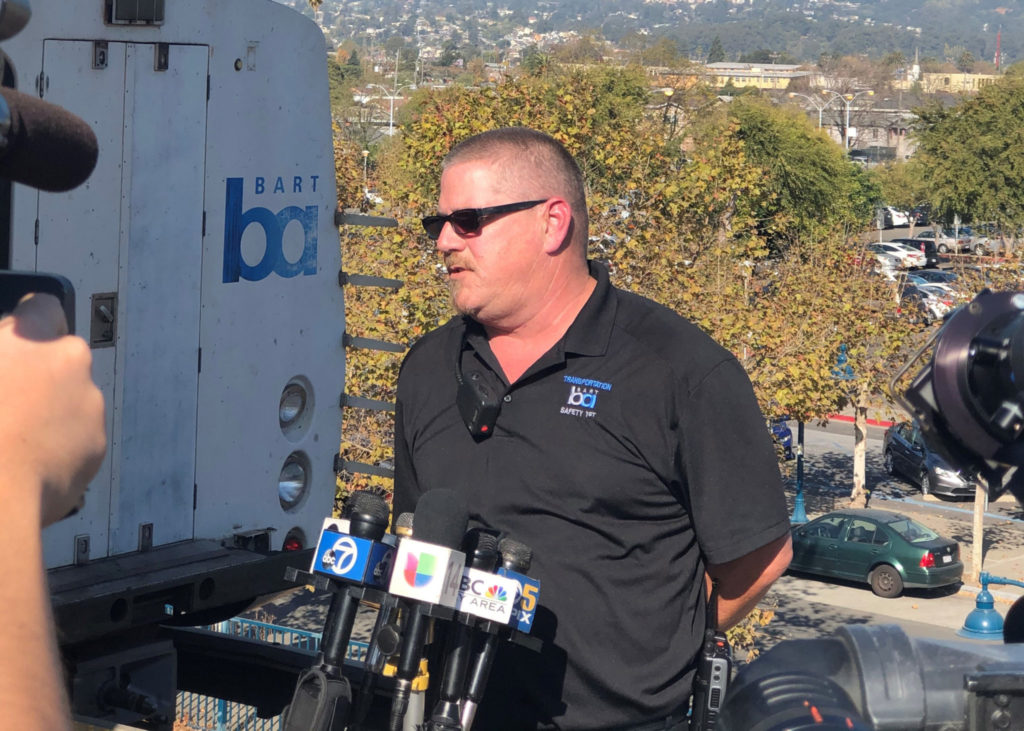 Immediately after the rescue, Mr O'Connor said he was initially angry with him - but the anger soon dissipated away into relief and gratitude.

He told the young man after the rescue to "pay it forward."

"There really was no time to make a decision," he added.

"I just looked and it just happened. It's really awkward to be called a hero.

"That's what we're supposed to do. We're all human beings and life is precious."