US Democratic congresswoman Katie Hill has hit out at a "double standard" in her final speech, as...

US Democratic congresswoman Katie Hill has hit out at a "double standard" in her final speech, as she resigned after naked photos of her were published.

Ms Hill stepped down on Sunday after the pictures emerged online, that she claims were leaked by her estranged husband.

In her final speech in the House of Representatives on Thursday, she said the pictures were taken without her knowledge and consent and that a "misogynistic culture" had now "gleefully consumed" them.

She apologised to her friends, family and supporters.

"I wanted to show young people, queer people, working people, imperfect people that they belong here, because this is the people's house. I fell short of that, and I'm sorry," she said.

"To every young person who saw themselves and their dreams reflected in me, I'm sorry. To those who felt like I gave them hope in one of the darkest times in our nation's history, I'm sorry".

But the 32-year-old also said she was leaving because of a "double standard".

"I am leaving now because of a double standard. I am leaving because I no longer want to be used as a bargaining chip.

"I'm leaving because I didn't want to be peddled by papers and blogs and websites used by shameless operatives for the dirtiest gutter politics that I've ever seen and the right-wing media to drive clicks and expand their audience by distributing intimate photos of me taken without my knowledge, let alone my consent, for the sexual entertainment of millions.

"I'm leaving because of a misogynistic culture that gleefully consumed my naked pictures, capitalised on my sexuality and enabled my abusive ex to continue that abuse - this time with the entire country watching". 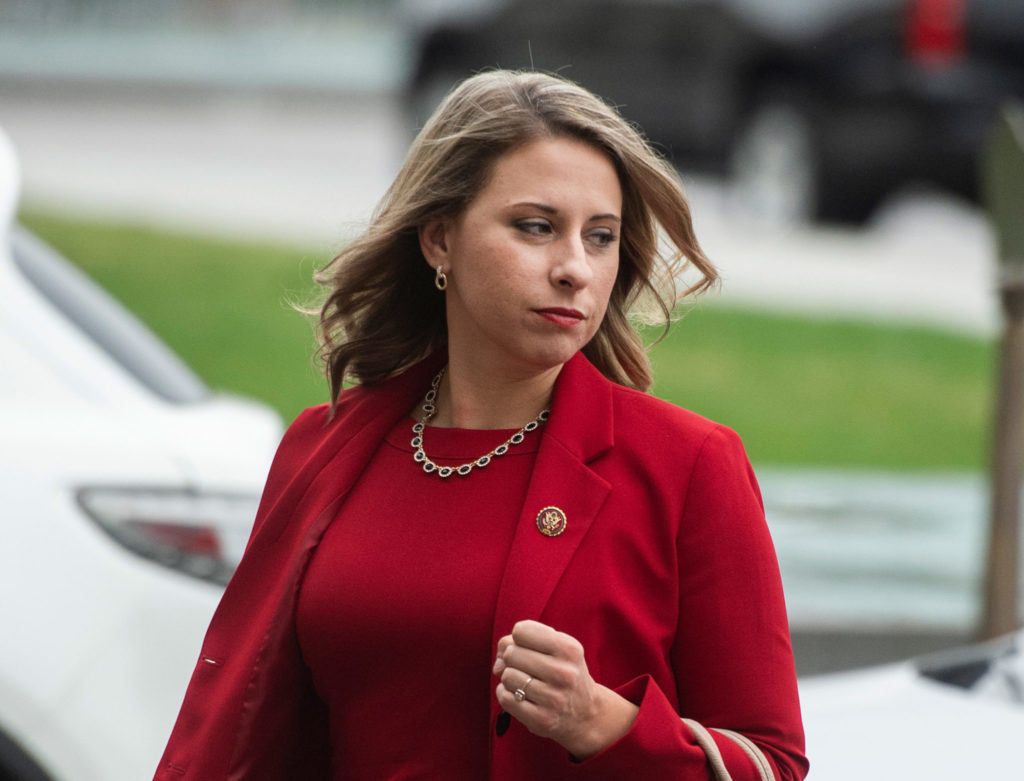 Katie Hill arrives to the US Capitol building for a House vote on a impeachment inquiry resolution | Image: CQ-Roll Call/SIPA USA/PA Images

Referring to impeachment proceedings against US President Donald Trump, she said: "I'm leaving because there is only one investigation that deserves the attention of this country, and that's the one that we voted on today".

"Yes I'm stepping down, but I refuse to let this experience scare off other women who dare to take risks, who dare to step into this light, who dare to be powerful.

"It might feel like they won in the short-term but they can't in the long-term - we cannot let them".

"I'm leaving, but we have men who have been credibly accused of intentional acts of sexual violence, and remain in board rooms, on the Supreme Court, in this very body, and worst of all, in the Oval Office," Ms Hill said.

"So the fight goes on to create the change that every woman and girl in this country deserves.

"Here, in the halls of Congress, the fight will go on without me - and I trust so many of my colleagues to be strong on this front while I move on to one of the many other battlefields, because we have an entire culture that has to change and we see it in stark clarity today.

"The forces of revenge by a bitter, jealous man, cyber exploitation, and sexual shaming that target our gender and a large segment of society that fears and hates powerful women have combined to push a young woman out of power and say that she doesn't belong here. 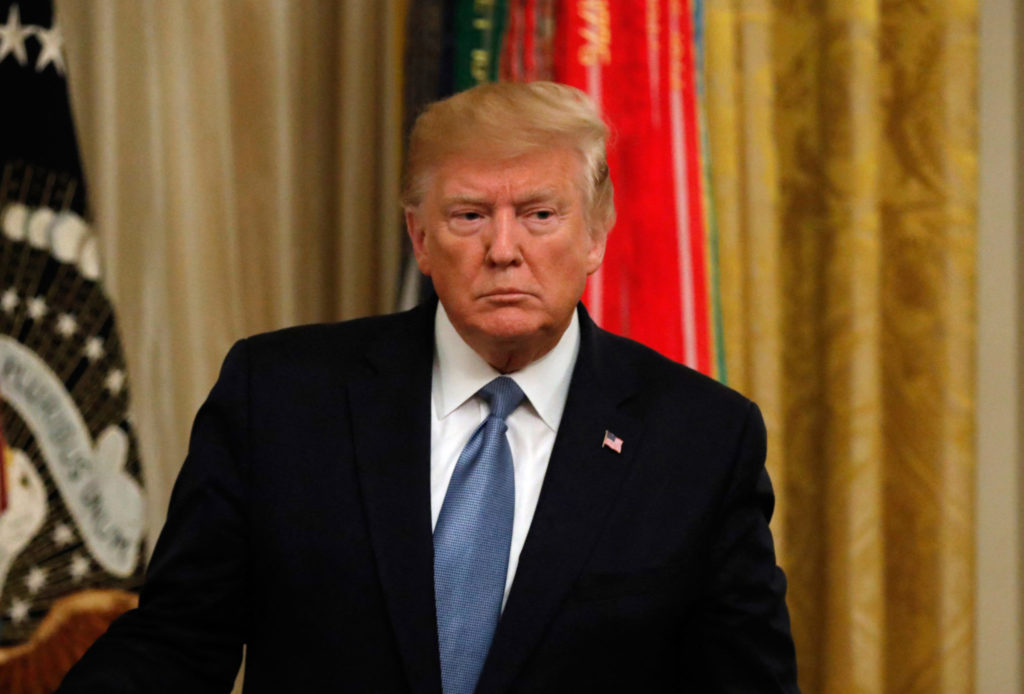 "Yet a man - who brags about his sexual predation, who's had dozens of women come forward to accuse him of sexual assault, who pushes policies that are uniquely harmful to women, and who has filled the courts with judges who proudly rule to deprive women of the most fundamental right to control their own bodies - sits in the highest office of the land."

She said her final act as a congresswoman was to vote to proceed with the impeachment proceedings against Mr Trump "on behalf of the women of the United States of America".

She said her appearance in the house was the first time she had left home since the scandal began.

"I am leaving because of the thousands of vile threatening emails, calls and texts that made me fear for my life and the lives of the people that I care about," she added.

She announced her resignation as an ethics committee started an investigation into whether she had had an affair with a male staff member - which would have broken congress rules.

Ms Hill denied these claims but admitted a consensual affair with a female aide on her election campaign.

"I am leaving now because of a double standard. I am leaving because I no longer want to be used as a bargaining chip." pic.twitter.com/vYjJgVCPZP