Kilkenny's Colin Fennelly described his time with the Irish Defence Forces as "absolute boredom" and insists the institution needs to be revamped.

Speaking on Thursday's Off The Ball, the Ballyhale Shamrocks club man criticized the organisation and admitted there appears to be little appetite for change within the army.

"There was nothing happening over there," he said of his time in Lebanon. "You get your run in and your gym in during the day. That's pretty much it.

"Certainly with the army there was a lot more leeway. They gave time towards sport - they put a lot of emphasis on sport. That obviously suited me.

"It was a means to an end to be honest. I enjoyed it only because I was doing so well with Kilkenny.

"There was no job satisfaction in it for me. I'm sure for certain lads there is. In the army itself, there's nothing to do.

"When people come out and say there's nothing to do and there's higher lads going on and asking 'How come lads are doing nothing?'.

"Then they'll force things to happen. But, literally, there's nothing to do. They'll do classes and do as much as they can.

"You'd like to see a lot more of the lads doing the trades or helping out in different ways. They could be open to so much more.

"They could be so much more help to the community. That can be done and it's not being done. It's crazy."

The seven-time All Ireland winner went on to explain that boredom was impacting on the morale of those involved on the ground.

"The lads aren't allowed speak out about it and that's one of the biggest problems. It's just boredom, absolute boredom.

"From this [interview], the top lads will come down and say 'We have to do this and that'. There's actually nothing to do. There's a whole revamp that needs to be done.

"When I hear the nurses coming out and asking for more pay, I can see exactly why. The work they do [compared to] the work the army do.

"The higher up is the problem. They're higher up there and they won't say that there's nothing being done or that they're getting overpaid.

"The people at the bottom are the people that are struggling."

Asked whether he came home feeling as though he had done something good in Lebanon he replied: "No, not at all.

"There was actually zero job satisfaction. If I had to talk about my years in the army - and I was there for six years - I couldn't tell you one thing I did in it that was in any way beneficial for me or for anyone else." 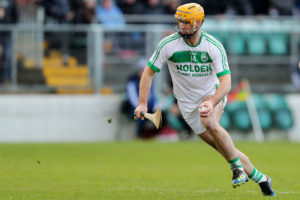 Fennelly explained that his time in the army was productive to him because it allowed him to stay involved in inter-county hurling with Kilkenny.

"I left the army about eight months ago. It was always my career goal to go into project management, but it was about finding the right time.

"The army was the probably the place I could have had a stab at the hurling. That worked out for me. That was 100% the reason for going in.

"I didn't know anyone in the army. It was never really a thought that crossed my mind before, I think it was my sister that applied for me online. I just went with it after college.

"A lot of my friends went to London or Australia at the time, but that wasn't really an option for me. I wanted to stick around for the hurling. I'm glad I did now."