Footballer of the Year Brian Fenton and two-time All-Stars Jonny Cooper and Brian Howard are among the players reported to have taken part in the non-contact session at Innisfails GAA club in Balgriffin.

On Newstalk Breakfast this morning, Ireland South MEP Seán Kelly said the GAA will have to administer “some form of formal sanction” on the players involved.

“If it is true it is surprising and very disappointing – especially coming from the six in a row Dubs,” he said. “There is a responsibility with that accolade to give good example.

“Every club and every county in the country are probably frustrated they can’t get back out on the field but there is a roadmap there; the GAA have outlined the guidelines and everyone will have to stick by them.

“I think the GAA will certainly have to look at it very strongly and you have to be consistent in the way you apply the rules.

“They apply to everybody, whether you are All-Ireland champions or just at the bottom of the ladder.

“This is a serious situation and hopefully it was a once-off breach that won’t happen again because if it goes without some form of formal sanction then others will say why can’t we do the same?

“So, it has created a very difficult dilemma for the GAA.” 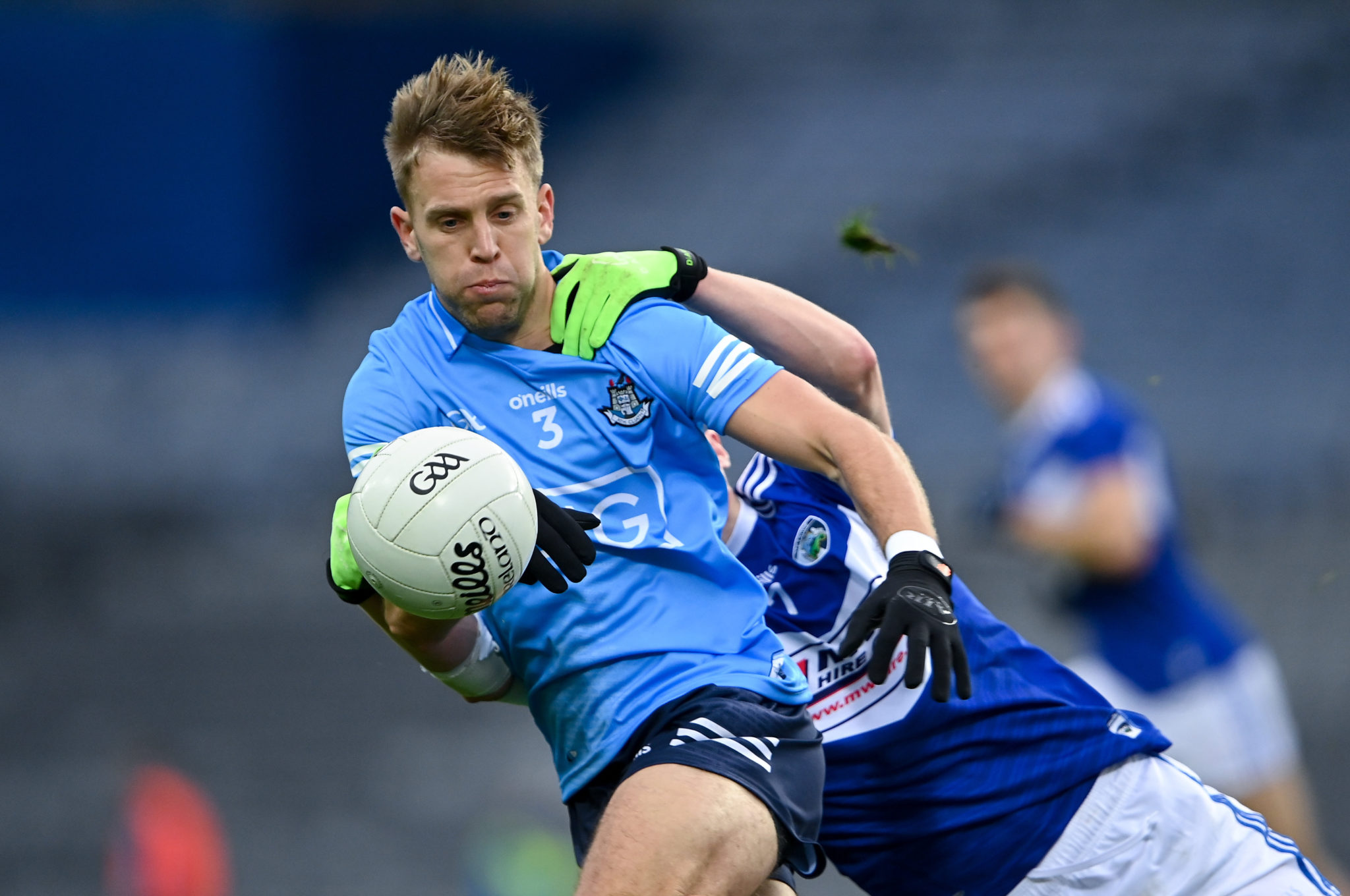 15 November 2020; Jonny Cooper of Dublin in action against Eoin Buggie of Laois during the Leinster GAA Football Senior Championship Semi-Final match between Dublin and Laois at Croke Park in Dublin. Photo by Piaras Ó Mídheach/Sportsfile

Also on the show, infectious disease expert Professor Sam McConkey said the players have a responsibility to behave like role-models.

“We need national leadership from people in [such] positions,” he said.

“Most of us do look up to these opinion formers who are [in] elite sports. I think it’s really important those folk do follow the rules - both the spirit of the rules and the letter of the rules.

“Hopefully it’s only a few weeks longer - we do have a signal that elite sports and GAA will get open and going again. It’s not a pathway with no clear vision; they clearly have dates when they will be able to start. I think they should just wait … train on their own.”

The session came just a day after the GAA warned senior county teams that any pre-mature return to training could put the return to play “in serious jeopardy.”

Senior players will officially be permitted to return to training on April 19th under the latest Government roadmap announced on Tuesday.

In a letter to county and club secretaries just hours after the Taoiseach’s announcement, the GAA noted that the return was, “conditional and will very much depend on what happens in terms of the overall Covid-19 picture in the coming weeks.”

“For that reason, it is more important than ever that no collective training sessions are held between now and the Government indicated return dates,” it said.

“Breaches in this context will not only be dealt with under our own rules but would likely put the broader plan to return to activity in serious jeopardy.”

The GAA 2021 fixture list is expected to be announced next week.

You can listen to Prof McConkey back here: