How do you feel about the July All-Ireland final?

Playing the All-Ireland finals to July is the worst decision since they tried to change the Sunday Game music, according to Shane Coleman.

This Sunday sees Kilkenny take on Limerick in the All-Ireland hurling final before Galway face off against Kerry in the football on July 24th.

It is a far cry from the traditional All-Ireland dates which would have seen the finals played in August and September.

GAA Congress made the change to allow the club season to resume in the second half of the year – and there are no plans to change the calendar again any time soon. 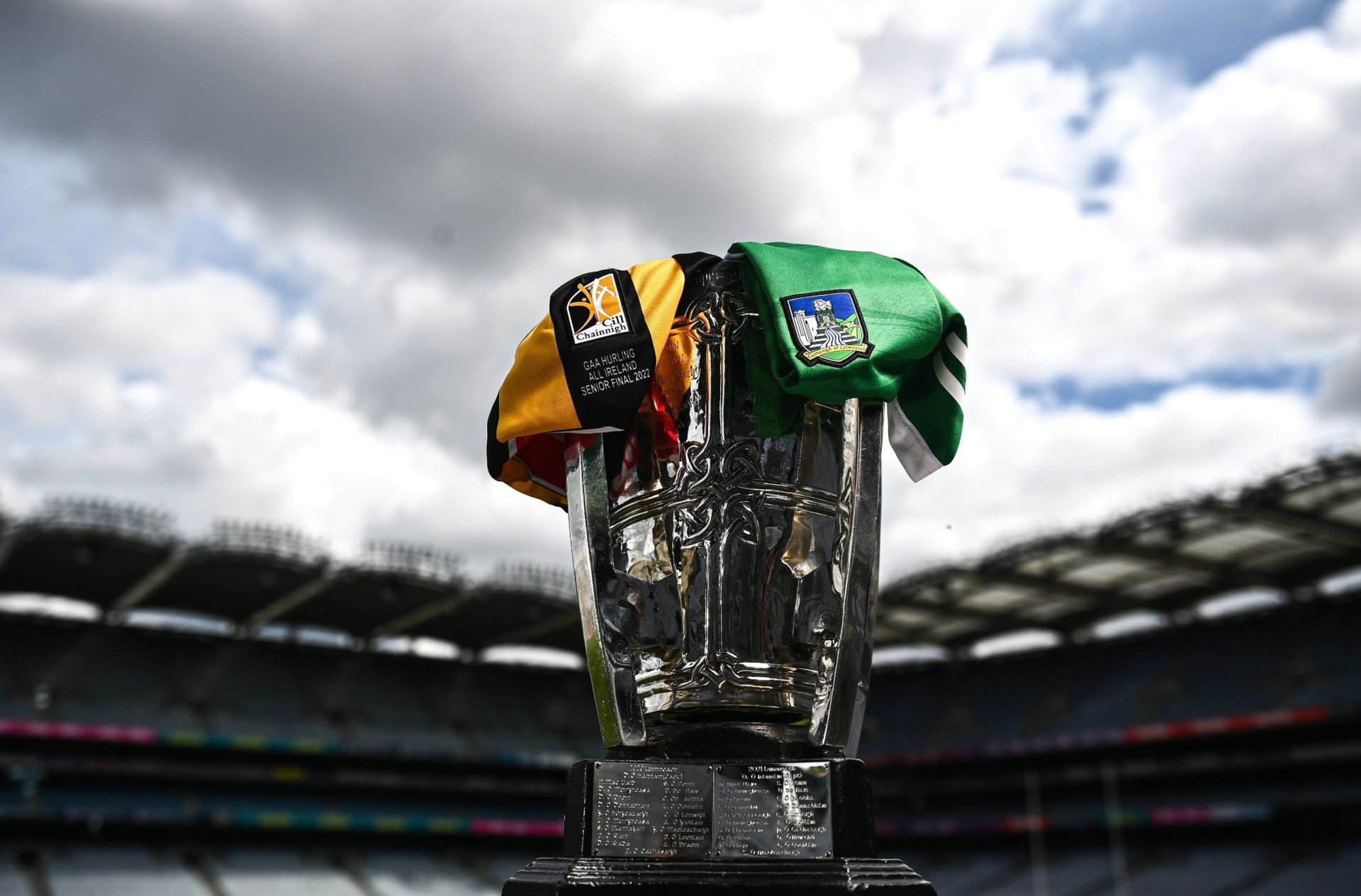 The Liam MacCarthy Cup with a Limerick and Kilkenny jersey. Image: David Fitzgerald/Sportsfile

On Newstalk Breakfast this morning, presenters Shane Coleman and Vincent Wall agreed that a July final doesn’t have the same magic to it.

“I have to say All-Ireland finals in July, to me, it’s just wrong,” said Shane.

“But look at the football, on July 2nd there was only three teams left in the Championship. For hurling it was even more stark.

“I think games are being rushed, there is a lack of a build-up to matches and don’t forget, this is supposed to be the shop window for the GAA.”

Vincent agreed: “Without being glib about it, one of the things the change has taken from me as a Kildare man is that, even if we got the Leinster final, we could still say we were still in the Championship well into July.

“Now you could be out by the beginning of June,” he said.

He said the GAA season “definitely needed to be tightened up” for several reasons.

“First to allow more time for club matches, which was the reason for the change, and secondly, there were huge and inordinate gaps between matches and you kind of lost interest.

“Between the semi-final and the final say or the provincial championships used to drag on for ages between April and June.

“But yeah, I agree. I think the fact they have them in July is bringing the matches too close together, with no replays even at the end of Championship.

“The need for penalties I just think is alien for an amateur sport like GAA where people can go out on penalties.”

“I would advocate strongly that it should be pushed back to August.”

Shane was pulling no punches on his feelings about the issue.

“Do you know what, it is the worst decision since they scrapped the Sunday Game music for a while,” he said.

“That decision was reversed and I think this one should be too. It doesn’t have to go back to September but August at least.”

Sunday’s All-Ireland final gets underway at Croke Park at 3:30pm.