If you're looking ahead to a clash between Mayo and Armagh, Billy Joe Padden's the expert witness...

If you're looking ahead to a clash between Mayo and Armagh, Billy Joe Padden's the expert witness.

The former Belmullet club man represented both counties at senior level between 2000 and 2012.

As both counties prepare to do battle for a place in the All-Ireland Super 8s, Padden joined us to preview.

But he began by touching on the decision to represent Armagh at the end of his inter-county career - a decision that wasn't contentious in either county. Indeed, he enjoyed the experience in Armagh.

"It was never really my intention to go and play for Armagh. I was just transferring from my club Belmullet and I was living up in Newry and transferring to Carrickcuppen," he explained.

"My only intention at the time was to play club football and I was just lucky enough that Paddy O'Rourke was the manager of Armagh at the time. Late that winter, he had asked me would I be interested in going in.

"And I was in good physical condition. I wasn't injured and I thought it'd be a good opportunity, if nothing else to get to know a few people round the GAA scene in Armagh. And I felt I had a little bit left in the tank. I enjoyed every single minute of it. I never got any backlash from either side. Armagh people welcomed me with open arms and every single Mayo person I spoke to about it, totally understood where I'd come from in terms of the distances I was travelling back to my mother." 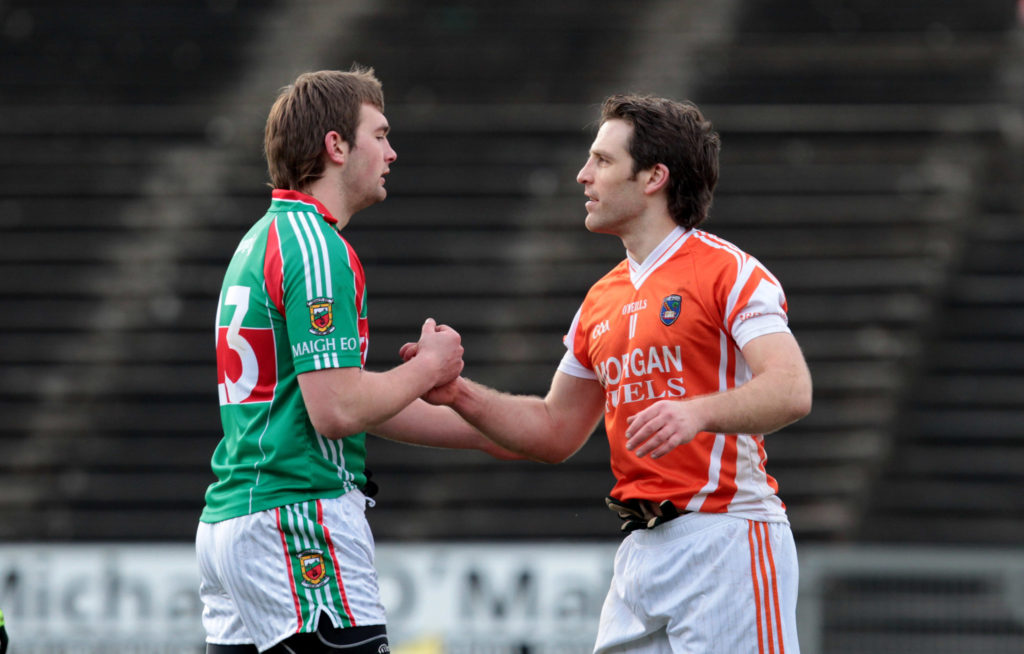 He was also in the rare position of having tasted two different Gaelic football cultures.

"Walking straight through the door in Armagh, you always got the sense that they prioritised people that could score, people who were going to play in the full-forward line," Padden explained.

He contrasted that with the prevailing culture in Mayo.

"In Mayo, the culture may be to have a player that's handling loads of ball out around the middle of the field," he said.

"And I just think that as coaches and mentors in Mayo, we don't value the player with the high skill level and we don't show enough patience with those young players to say, 'You as a skillful player will have most impact on the game, playing at 15 or 14 and you have to learn that position first and foremost."

As he pointed out, that in the past, full-forward line operator Andy Moran played games at wing-back.

"If you think of that now, it seems ridiculous," he added of that development in Moran's career.

Padden believes a change of mindset could benefit Mayo long-term. And that would entail focusing on developing natural forwards.

"For my own career, would I have been better off staying and playing at full-forward? Would I have had a more impactful career? That's something I think that the culture in Mayo football, it's something they have to start thinking around those things. It will maybe help you produce more quality forwards," he said, adding that "it's very hard to go and learn those scoring instincts that many full-forwards have" when you start off in another position.

Heading into this weekend though, Mayo have major injury concerns especially in midfield. Diarmuid O'Connor is the latest player ruled out.

Billy Joe Padden shared his full thoughts on Mayo vs Armagh above via the video player.