The Republic of Ireland Women's team take on Greece at Tallaght Stadium this Thursday in a crucia...

The Republic of Ireland Women's team take on Greece at Tallaght Stadium this Thursday in a crucial EURO 2021 qualifier, with Áine O'Gorman's return from international retirement a major boost.

Montenegro are then the opposition away on Wednesday of next week, and 30-year-old O'Gorman told Off the Ball's Shane Hannon in advance of the games that she's delighted to be back in the fold.

"I'm really happy to be here, I think I've just slotted back in. It's like I never left really to be honest, I'm really looking forward to the games.

"It just came about a couple of weeks ago... there are a few injuries in the squad and obviously I was delighted to be called back into the new set-up. I think I'd regret it if I didn't take the opportunity.

"I think the communication lines were always kept open, I've had discussions with Vera in the past as well. This opportunity came, she gave me the shout and I was there to take the opportunity."

Dutchwoman Vera Pauw is now six months at the helm of the Irish Women's set-up, and Peamount United star O'Gorman is full of praise for the work she has done so far.

"Vera's very approachable, she's very clear in her philosophy in the way we're going to play. It is quite an attacking style of football, and we put pressure on teams when needs be as well. So it's quite a nice, relaxed environment, very professional as well and it's clear in its philosophy so I think everyone seems very happy around the camp."

The Republic sit second in Group I after two wins and a draw from the opening three outings, although two tough ties against fancied Germany are to follow. O'Gorman says two wins from these two upcoming games are a necessity to secure second place in the group.

"I think that has to be the goal, six from six [points], if you want to maintain that second position in the group and look [towards] qualification. I think it was just [disappointing] the nature of the way the goal [against Greece] was conceded late in the game, but we'll be looking to put that right in Tallaght on Thursday.

The FAI announced yesterday that ticket sales for Thursday's Tallaght Stadium game had broken the 5000 mark, with 5328 at the 3-2 win over Ukraine last October setting a new record. O'Gorman hopes that number can be surpassed again this week. 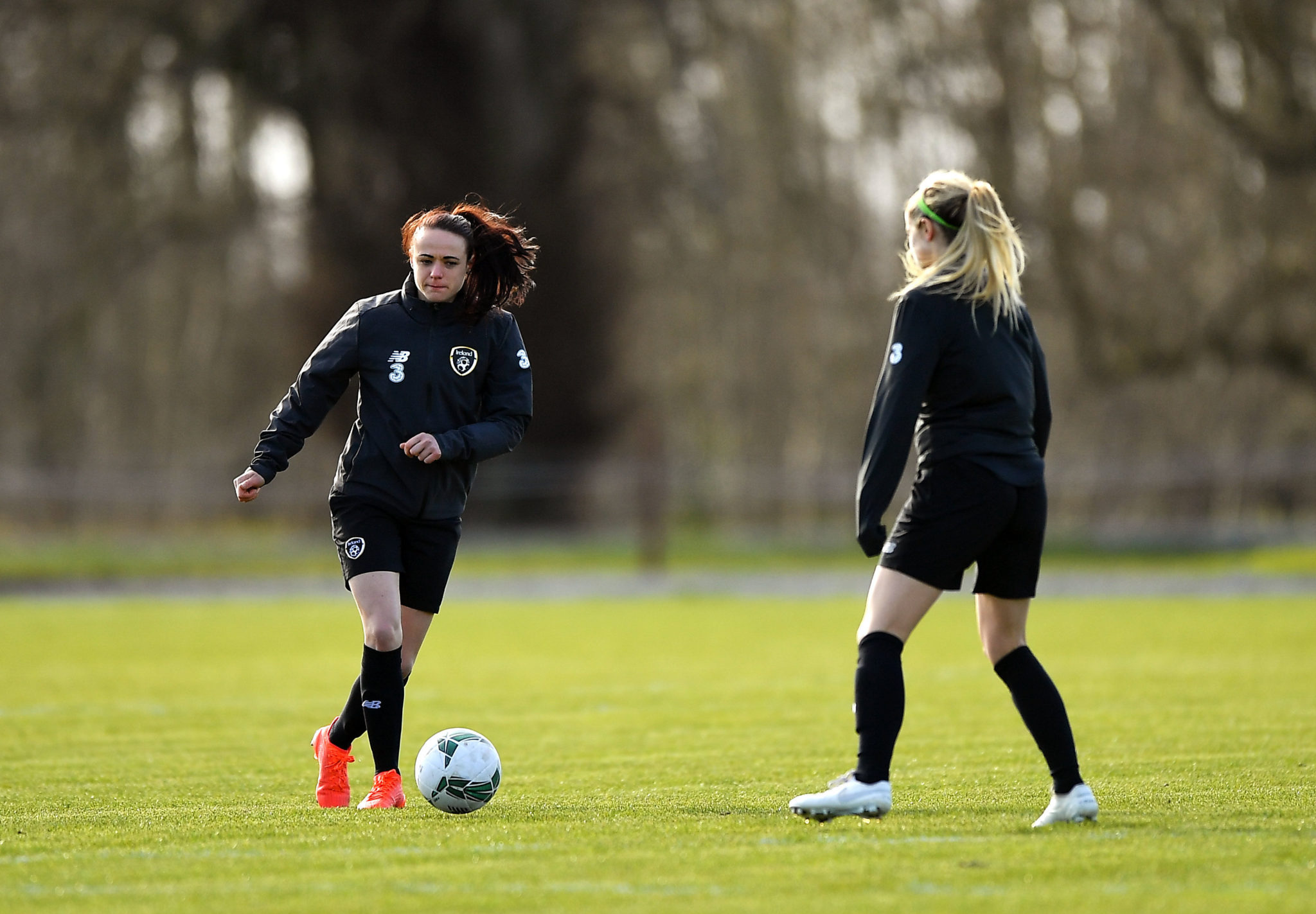 "The young kids coming through need something to aspire to... obviously there was great promotion around the last game [against Ukraine] and I think it's elevated again for this game.

"We're looking for another record-breaking sell-out in Tallaght Stadium and just for the crowd to get behind us on the pitch. [I'm] just really looking forward to the occasion and I think it helps the game being shown live on TV that it can be seen around the country."

Next week's opposition in Budva are no strangers to O'Gorman - she scored a hat-trick back in June 2016 against Montenegro in a 9-0 win, and she remembers it well.

"It was one of those really good nights in international football, and Stephanie Roche scored a hat-trick that day as well. I think that game was the last game of a campaign and we were already knocked out. I think we just went out and played with a freedom and expressed ourselves.

"It was a really, really enjoyable night. I just remember my family being there and it was a great occasion."

You can still purchase tickets for Thursday night's qualifier against Greece here on the FAI website.