Republic of Ireland manager Vera Pauw has expressed her concern with the match facilities after h...

Republic of Ireland manager Vera Pauw has expressed her concern with the match facilities after her side's win over Montenegro yesterday.

A 3-0 win in Budva thanks to goals from Diane Caldwell, Katie McCabe and Denise O'Sullivan saw the visitors move top of EURO 2021 qualifying Group I, although tough games against Germany await.

The size of the pitch was one issue the Dutchwoman took exception to after the match, with the facilities in general not up to scratch in her opinion.

"Montenegro will play Germany in their national stadium, which is a huge pitch. We were on a pitch which I wonder was even the FIFA sizes.

"We had, for example, one toilet for 25 women, and everybody needs to go to the toilet after the warm-up and before the game, including the staff! 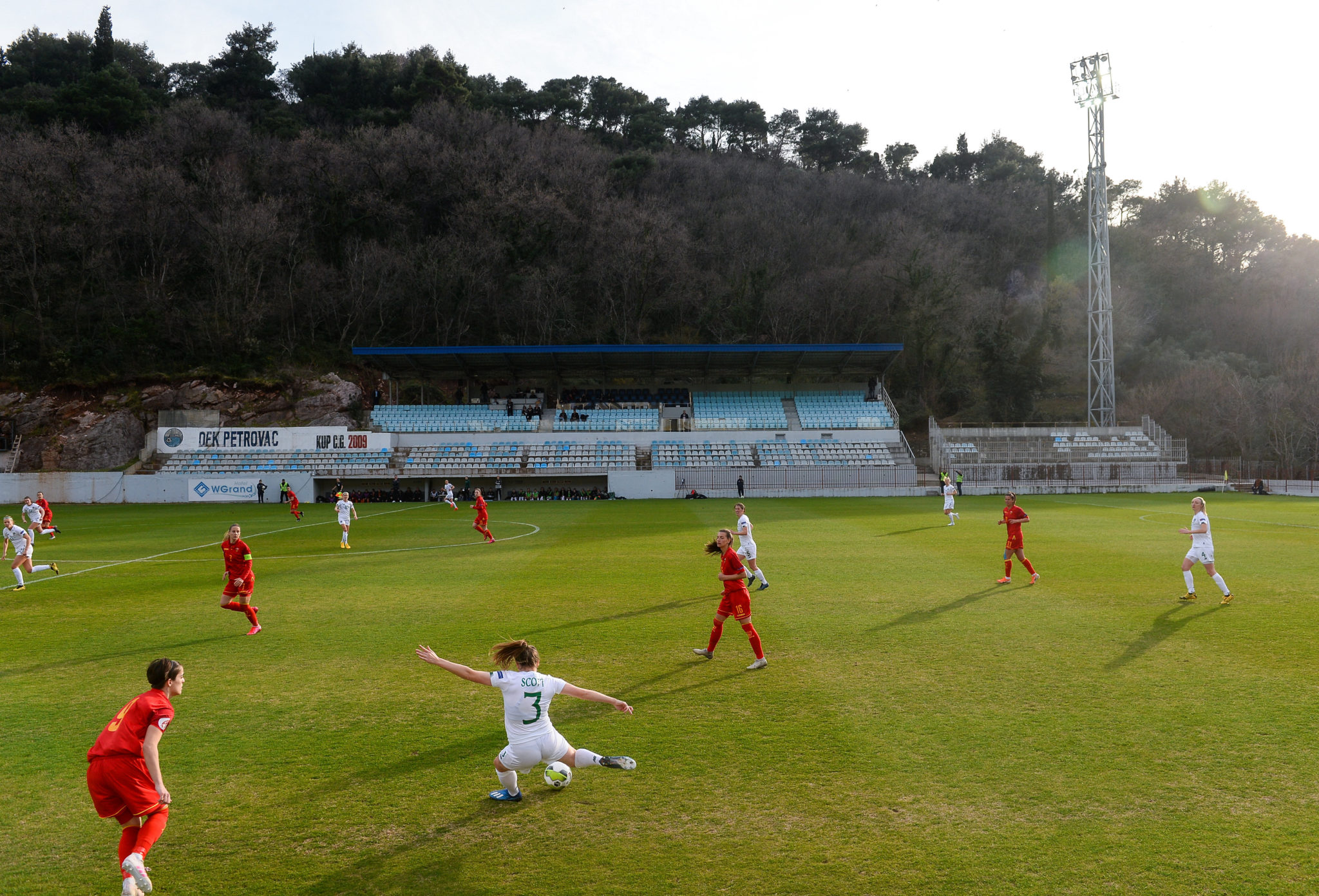 11 March 2020; A general view of the action during the UEFA Women's 2021 European Championships Qualifier match between Montenegro and Republic of Ireland at Pod Malim Brdom in Petrovac, Montenegro. Photo by Stephen McCarthy/Sportsfile

"So it showed that the circumstances were not easy, and if you take that into account and you score three of those beautiful goals then yeah, you have to be happy.

Pauw suggested she hopes the group doesn't come down to goal difference, but says she is pleased with where her side are at in the standings.

"This group will not be decided on goal difference. I hope it doesn't come to goal difference for the second places who go directly to England and the play-offs, but on the other hand you need to win your games and it was again very difficult today.

"It seems like we're in a position now where we're getting to the top. If you are at the top everything goes easier. You will be in another pot for the draw, you will have the better stadiums, you will get the more experienced referees. Everything is done in an easier position for you."

Although the Republic of Ireland currently sit top of the group, Pauw was keen to keep any suggestions of automatic qualification in check.

"That's the maximum that we can get, although we promise you we will do everything to get a positive result against Germany, of course, we will.

"But we also have to be realistic - Germany won the European Championships seven times and the World Cup two times, and [have] medals at the Olympics.

"They are top of the world and we are on our way up. Again we'll do everything and we hope that everybody comes out in numbers when we play at home on the 22nd of September, and maybe people will come out to Germany to see us. Although that will most likely be behind-closed-doors because of the coronavirus.

"We have to be realistic. Anything we get more than the play-offs would be a bonus."