"I don’t overlook anyone” | Katie Taylor dismisses suggestions of complacency

Katie Taylor has vowed to produce one of her best ever performances against Jennifer Han on Satur...

"I don’t overlook anyone” | Katie Taylor dismisses suggestions of complacency

Katie Taylor has vowed to produce one of her best ever performances against Jennifer Han on Saturday night.

The Bray fighter will defend her undisputed lightweight titles against the mandatory challenger in front of 20,000 fans at Headingley Stadium in her father's home city of Leeds.

Taylor is a strong favourite against the Texan but she's brushing off any suggestions of complacency.

“This is a huge fight for both of us, I don’t overlook anyone”, the 2012 Olympic gold medal winner told reporters this afternoon.

“For all my fights, I always expect my opponents to bring their very best. Better than they’ve ever performed before. I think she’s a very good fighter, very technical with a good amateur background. So I'm ready." 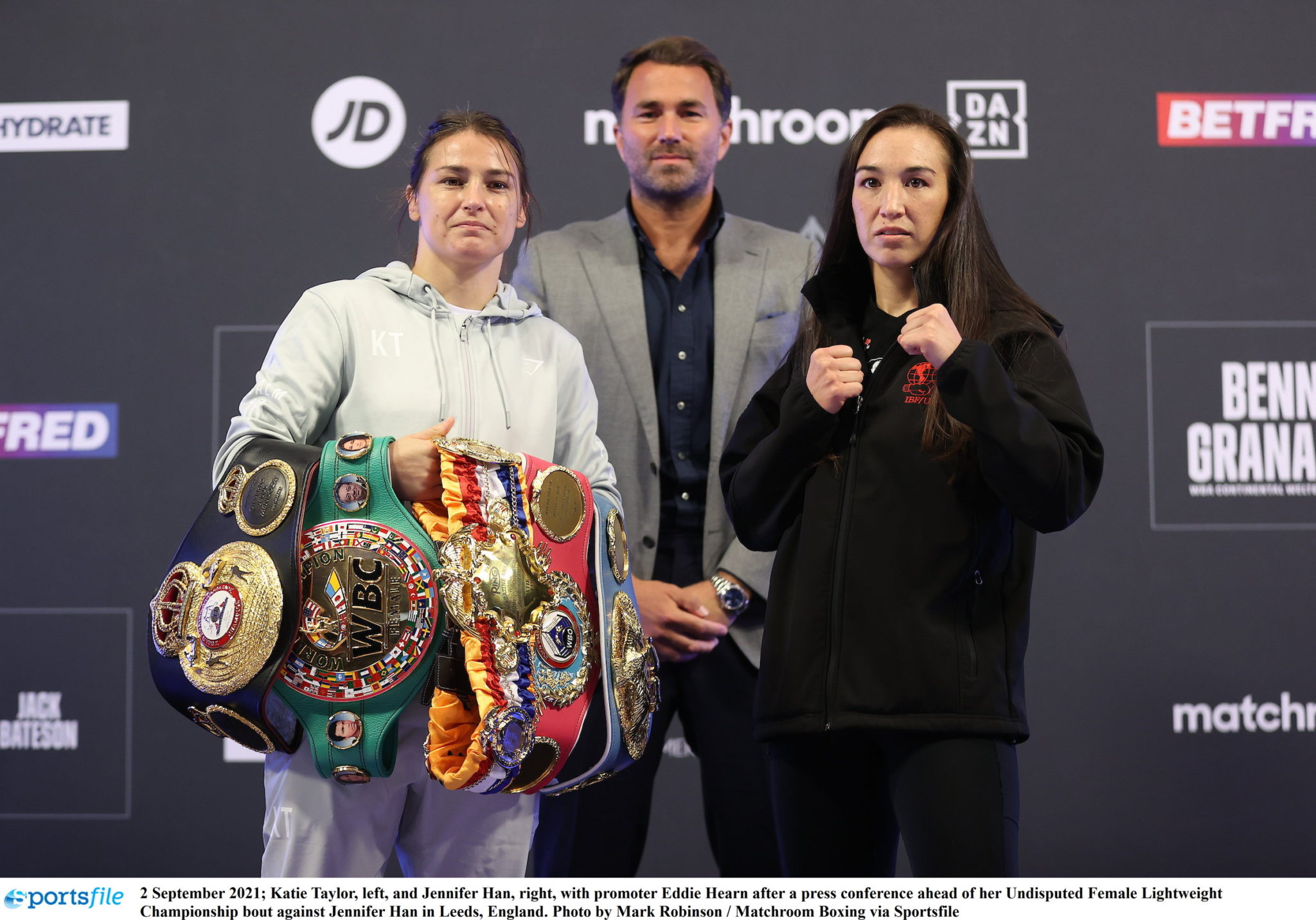 Leeds a "special place" for Taylor

Taylor grew up as a Leeds United and she says it'll be a great occasion to box in the city in front of the biggest UK boxing crowd since the start of the pandemic.

“It is unbelievable to be here, this is the first fight in a long time where I’ve fought in front of a live crowd, and the fact that it’s here in Leeds is great. Some of my best memories as a kid involve visiting this city, going to Leeds United games in Elland Road as a fan.

"The city obviously has a special place in my heart. I never thought I’d actually have a chance to fight here, so I’m just so excited about that.

“I feel great, I know I can’t do this forever but I still feel very, very fresh right now. I still have plenty more years left in the ring. This training camp has gone well, I feel sharp and strong. I can’t wait to produce one of my best performances."

Taylor: Serrano fight 'most exciting fight in the sport', male or female