Taxi hailing app Uber has lost its licence to operate in London. The regulator in the British cap...

Taxi hailing app Uber has lost its licence to operate in London.

The regulator in the British capital, TfL, says it is because of 'several breaches' - including vulnerabilities with the app that allowed unauthorised drivers to carry thousands of passengers.

Uber has 21 days to appeal and will be able to carry on operating during that period.

This latest decision comes after the firm was granted a two-month private hire operator licence, ahead of consideration of any potential further licensing application.

The two-month licence had the same conditions that Uber London has been subject to over the last 15 months - along with new conditions to ensure passenger safety.

TfL said at the time that its original decision not to license the operator led to it "improving its culture and governance."

It had also requested additional material from the company to help inform any future licensing decision.

Helen Chapman, director of licensing at TfL, said: "Uber has made a number of positive changes and improvements to its culture, leadership and systems in the period since the chief magistrate granted it a licence in June 2018. This includes interacting with TfL in a transparent and productive manner.

"However, TfL has identified a pattern of failures by the company including several breaches that placed passengers and their safety at risk.

"Despite addressing some of these issues, TfL does not have confidence that similar issues will not reoccur in the future, which has led it to conclude that the company is not fit and proper at this time."

Ms Chapman said a "key issue" identified was that a change to Uber's systems allowed unauthorised drivers to upload their photos to other Uber driver accounts.

This allowed them to pick up passengers as though they were the booked driver, which happened in at least 14,000 trips.

"This means all the journeys were uninsured and some passenger journeys took place with unlicensed drivers, one of which had previously had their licence revoked by TfL", she said. 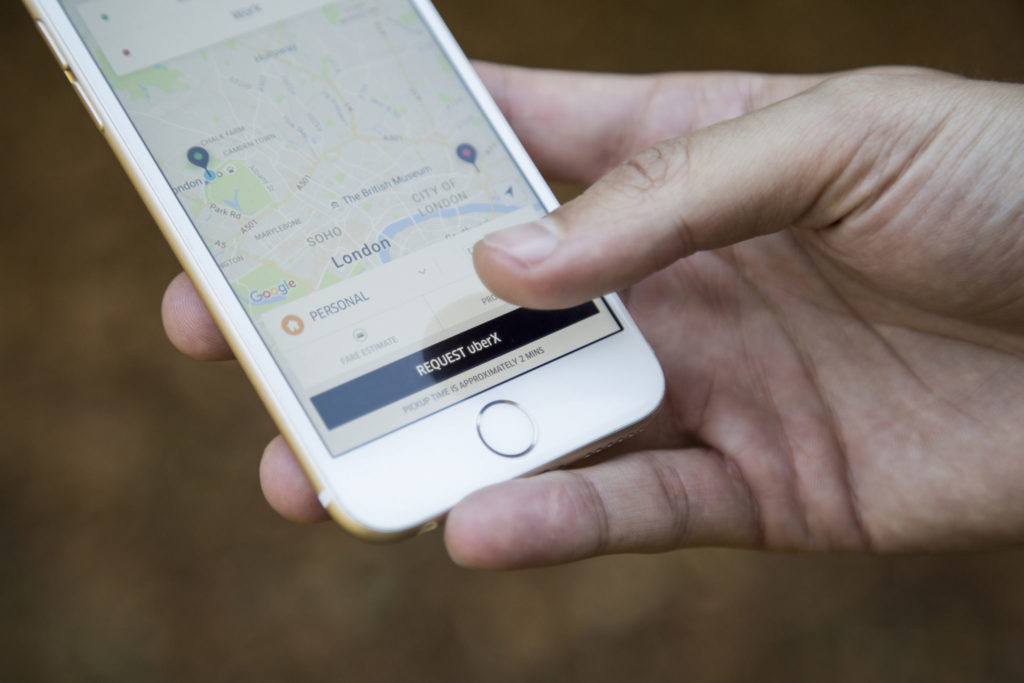 The Uber app on an iPhone in London in 2016 | Image: Laura Dale/PA Archive/PA Images

Another failure allowed dismissed or suspended drivers to create an Uber account and carry passengers.

There were also several insurance-related issues - some of which led TfL to prosecute Uber earlier this year for causing and permitting the use of vehicles without the correct hire or reward insurance in place.

"While Uber has worked to address these issues, they highlight the potential safety risk to passengers of weak systems and processes", Ms Chapman added.

"While Uber continues to operate, TfL will continue to closely scrutinise the private hire operator, which includes the need for Uber to meet the 20 conditions set by TfL in September 2019, and particular attention will be paid to ensuring that the management have robust controls in place to manage changes to the Uber app so that passenger safety is not put at risk."

Uber regional general manager for northern and eastern Europe, Jamie Heywood, said: "TfL's decision not to renew Uber's licence in London is extraordinary and wrong, and we will appeal.

"We have fundamentally changed our business over the last two years and are setting the standard on safety.

"TfL found us to be a fit and proper operator just two months ago, and we continue to go above and beyond."

Uber has over 22,000 employees and operates in 63 countries and more than 700 cities worldwide, including Dublin.

As of December 2018, it said it had 91 million monthly active users and 3.9 million drivers.

Some 10 billion trips have been completed worldwide.

However, it has faced some obstacles in Ireland.

An application for it to run a pilot ride sharing scheme in Limerick was turned down by the Government in 2017.

Headquartered in California, it has offices in New York City, Chicago, Washington DC, Seattle and Los Angeles - as well as London and Amsterdam.