The US President will this week visit the scene of one of the weekend’s two deadly mass shootin...

The US President will this week visit the scene of one of the weekend’s two deadly mass shootings.

Donald Trump is travelling to El Paso in Texas tomorrow.

A total of 31 people died in separate shootings in Texas and Ohio over the weekend.

The deaths have led to increased calls for tighter gun controls in the US.

He also blamed the internet and violent video games for fostering violence. 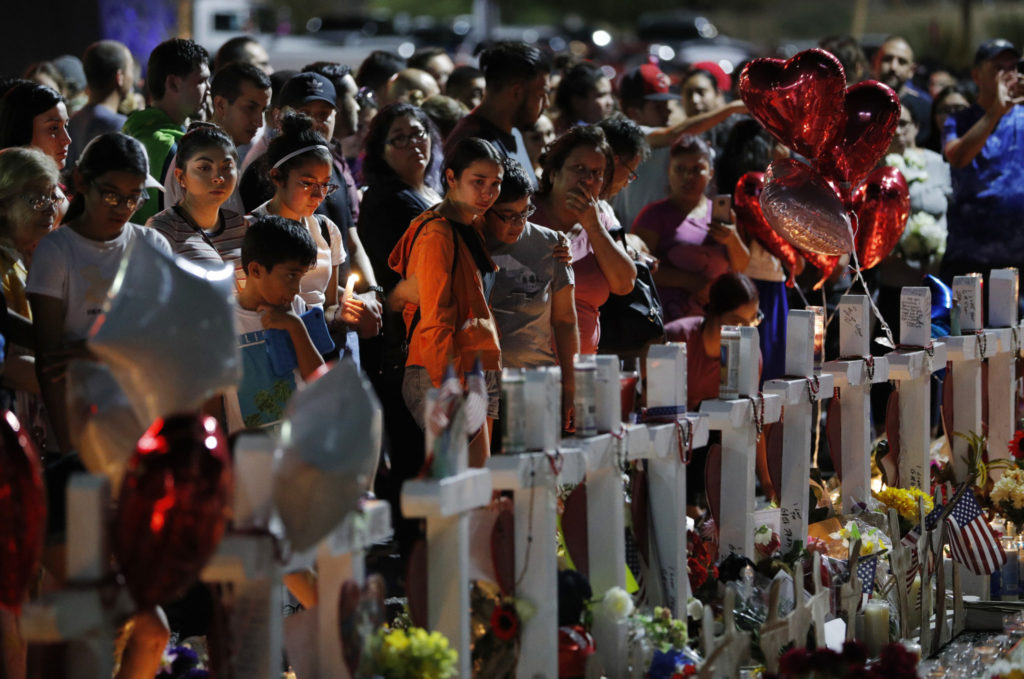 People crowd around a makeshift memorial near the site of a mass shooting over the weekend at a shopping complex in El Paso, Texas, 06-08-2019. Image: John Locher/AP/Press Association Images

The documents made reference to an alleged immigrant “invasion” – something President Trump has claimed in the past.

In a rare statement last night, his predecessor Barack Obama urged Americans to “soundly reject” the worlds of any leader that fuels fear and hatred or normalises racism.

"We should soundly reject language coming out of the mouths of any of our leaders that feeds a climate of fear and hatred or normalizes racist sentiments,” he said.

"Leaders who demonize those who don't look like us or suggest that other people, including immigrants, threaten our way of life or refer to other people as sub-human or imply that America belongs to just one certain type of people.

"It's time for the overwhelming majority of Americans of goodwill, of every race and faith and political party, to say as much -- clearly and unequivocally.”

He made no specific reference to President Trump; however, the statement is viewed as one of his most pointed criticisms of his successor since leaving office.

Meanwhile, 22 doves have been released at a vigil to remember the people murdered in the El Paso shooting.

The 21-year-old suspected gunman could face the death penalty if convicted over the massacre, where police first received reports of gunfire at 10.39am local time (4.39pm BST).

Several hours later, a gunman shot dead nine outside a bar in Dayton, Ohio, before being killed by police within a minute.