US President Donald Trump will travel to France on Thursday for D-Day commemorations before conti...

US President Donald Trump will travel to France on Thursday for D-Day commemorations before continuing his Irish trip.

He landed in Shannon Airport on Wednesday evening for a meeting with Taoiseach Leo Varadkar.

After Air Force One touched down in Shannon, Mr Varadkar greeted Mr Trump for a bilateral meeting.

But not before taking questions from the waiting press pack.

On Brexit, Mr Trump suggested: "Maybe if they don't make a deal, they can do it a different way - but I know one thing; Ireland is going to be in great shape."

He also said he is in favour of granting more visas for Irish people to stay in the US, with access to the E3 programme.

The scheme, which is currently only open to Australians, allows some 10,500 people to work legally there every year. 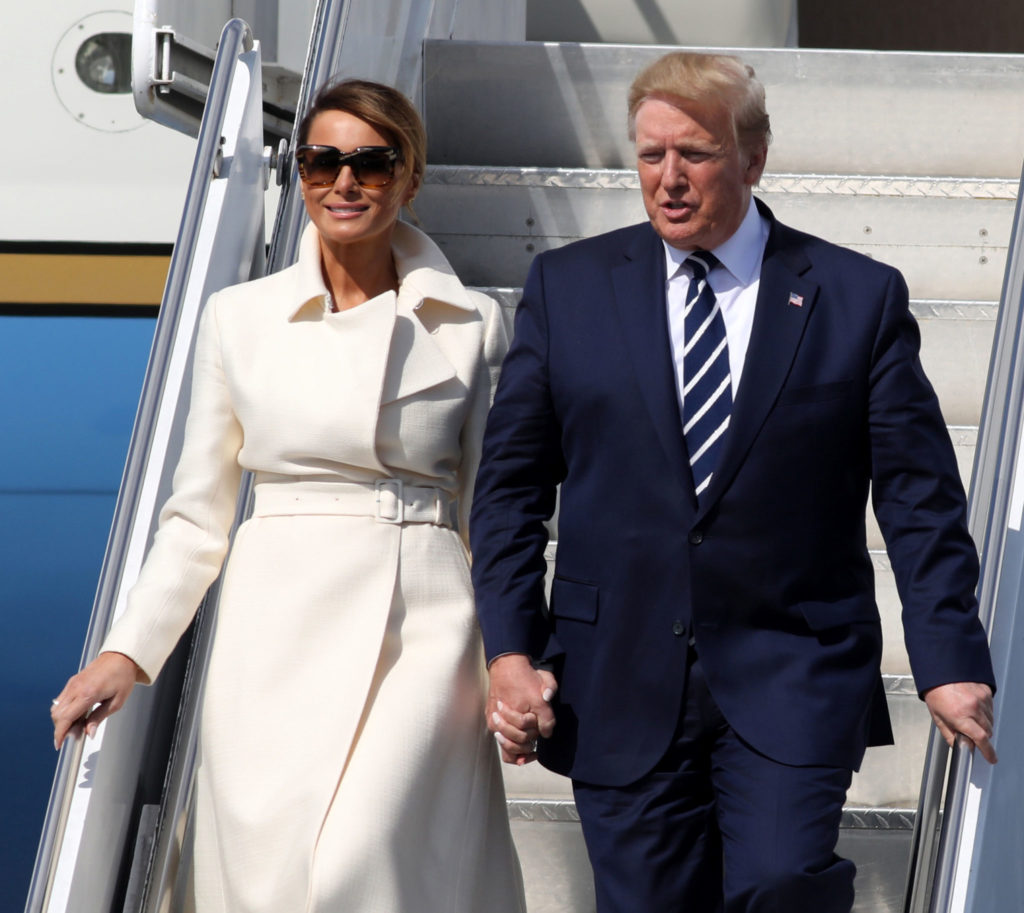 US President Donald Trump and the First Lady Melania coming down the step of Airforce One while arriving at Shannon Airport | Image: Leah Farrell/RollingNews.ie

It is seen as significantly easier and less costly to obtain than the traditional visa.

The visa is also renewable every two years for an indefinite period of time - meaning people can work on it for as long as they are employed.

On criticism from President Michael D Higgins of his climate plan, President Trump claimed: "Well I haven't heard those comments - but we have the cleanest air in the world in the United States, and it's gotten better since I'm president".

The meeting lasted little over 30 minutes in Shannon Airport.

Afterwards, Taoiseach Leo Varadkar remarked: "He's in favour of Brexit as you know, and we're not - but he understands that a major issue is the border between North and South.

"And he shares our objective to keep the border open as it is now."

"We talked a little bit about immigration and our ongoing campaign to secure E3 visas so that more Irish people can go to work in America - and he's been very supportive on that".

He also defended the €10m spend on security for the trip.

But Catherine Purcell, from Thurles, travelled to Shannon Airport to support and welcome the US president.

She said: "I'm here to support Donald because there's so much negativity going around about the man.

"As I said we elected a president, not a saint.

President Trump travels to France for D-Day commemorations before returning to Ireland later this evening.

Eric and Donald Junior enjoyed a pub crawl in the village, where their father is staying at his golf resort.