The so-called Islamic State group has claimed responsibility for a suicide bomb attack that kille...

The so-called Islamic State group has claimed responsibility for a suicide bomb attack that killed 63 people and injured over 180 at a wedding in the Afghan capital of Kabul.

In a statement posted on the Telegram messaging app the terror group said the bomber was one of its members.

It said other members “detonated a parked explosives-laden vehicle" when security forces arrived at the scene.

Hundreds of people were inside the wedding venue when attack happened.

The Dubai City wedding venue is in a minority Shi'ite neighbourhood in the west of the city – and guests said around 1,200 people were invited.

The Afghan interior ministry has confirmed the death toll with a spokesman for President Ashraf Ghani describing it as a "heinous crime." 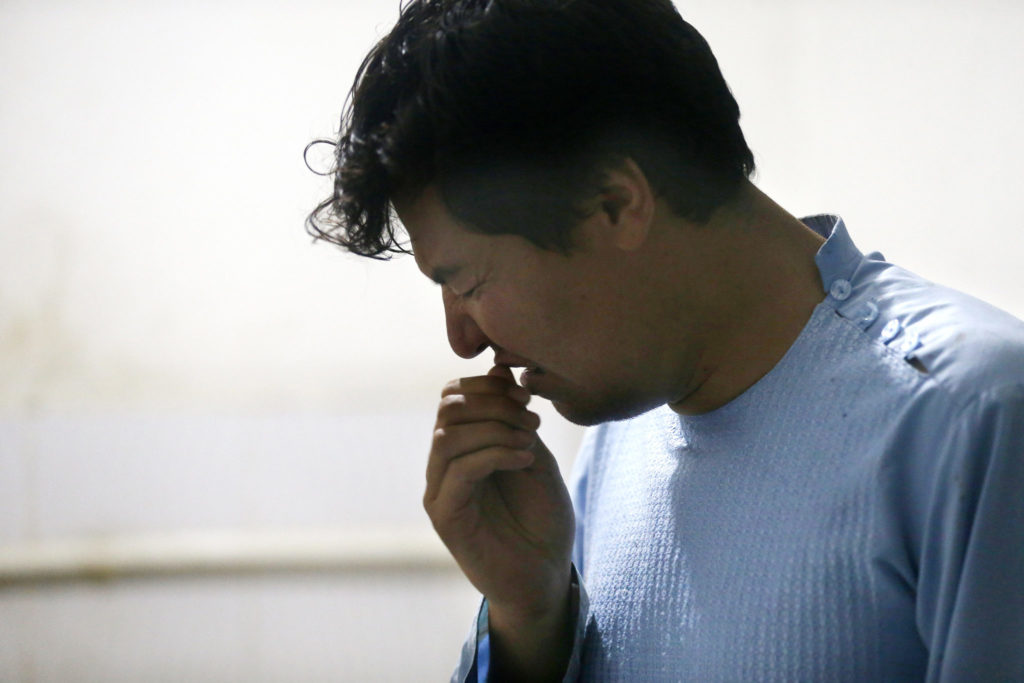 A man mourns near the body of his brother after he was killed in suicide bomb attack at a wedding hall in Kabul, Afghanistan, 18-08-2019. Image: Rafiq Maqbool/AP/Press Association Images

Sediq Seddiqi tweeted: “Devastated by the news of a suicide attack inside a wedding hall in Kabul.

“A heinous crime against our people; how is it possible to train a human and ask him to go and blow himself up inside a wedding?”

Earlier, President Ghani said Taliban provides a platform for terrorists and cannot absolve itself of blame.

Taliban cannot absolve themselves of blame, for they provide platform for terrorists. Today is the day of mourning, hence #StateBuilder have cancelled today's gathering at the Loya Jirga tent.

The attack comes just three weeks after a Taliban suicide bomber killed 14 people and wounded 145 in an attack in western Kabul.

Meanwhile, the US is continuing talks with the terror group aimed at allowing troops to pull out of the country. 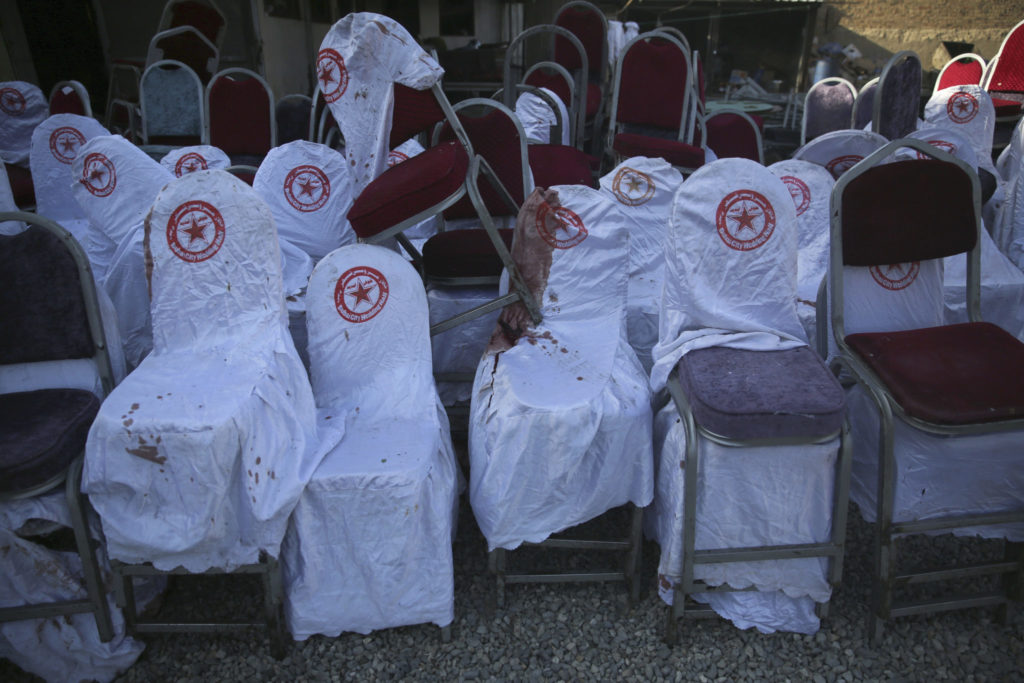 Negotiators are reportedly working on deal that would see US troops withdrawing in exchange for security guarantees from the insurgents.

Most of the 20,000 foreign troops stationed in Afghanistan are from the US.

The UN has warned that more than 3,800 civilians were killed by US and allied forces, the Taliban, ISIS and others last year.