Sinn Féin remains Ireland’s most popular party by some considerable distance, a new poll has f...

Sinn Féin remains Ireland’s most popular party by some considerable distance, a new poll has found.

The Ireland Thinks poll for the Sunday Independent found that Mary Lou McDonald’s party commands the support of one third of the electorate (33%) - up 2% since the last poll a month ago.

While Fianna Fáil continue to poll in third place with 18% - down 2%.

Their coalition partners, the Greens, would receive 3% of the vote if an election.

Labour polled 4%, while the Social Democrats have the support of 6% of voters. Other parties and independents would receive 15% of the vote.

Taoiseach Micheál Martin is Ireland’s most popular political leader with voters giving him a score of 4.3 out of 10 - down 0.3 since last month. Sinn Féin’s Mary Lou McDonald came second with a score of 4.1 out of 10 - a slight rise of 0.1 since March. While Tánaiste Leo Varadkar dropped 0.2 points to a score of 3.8 out of 10. 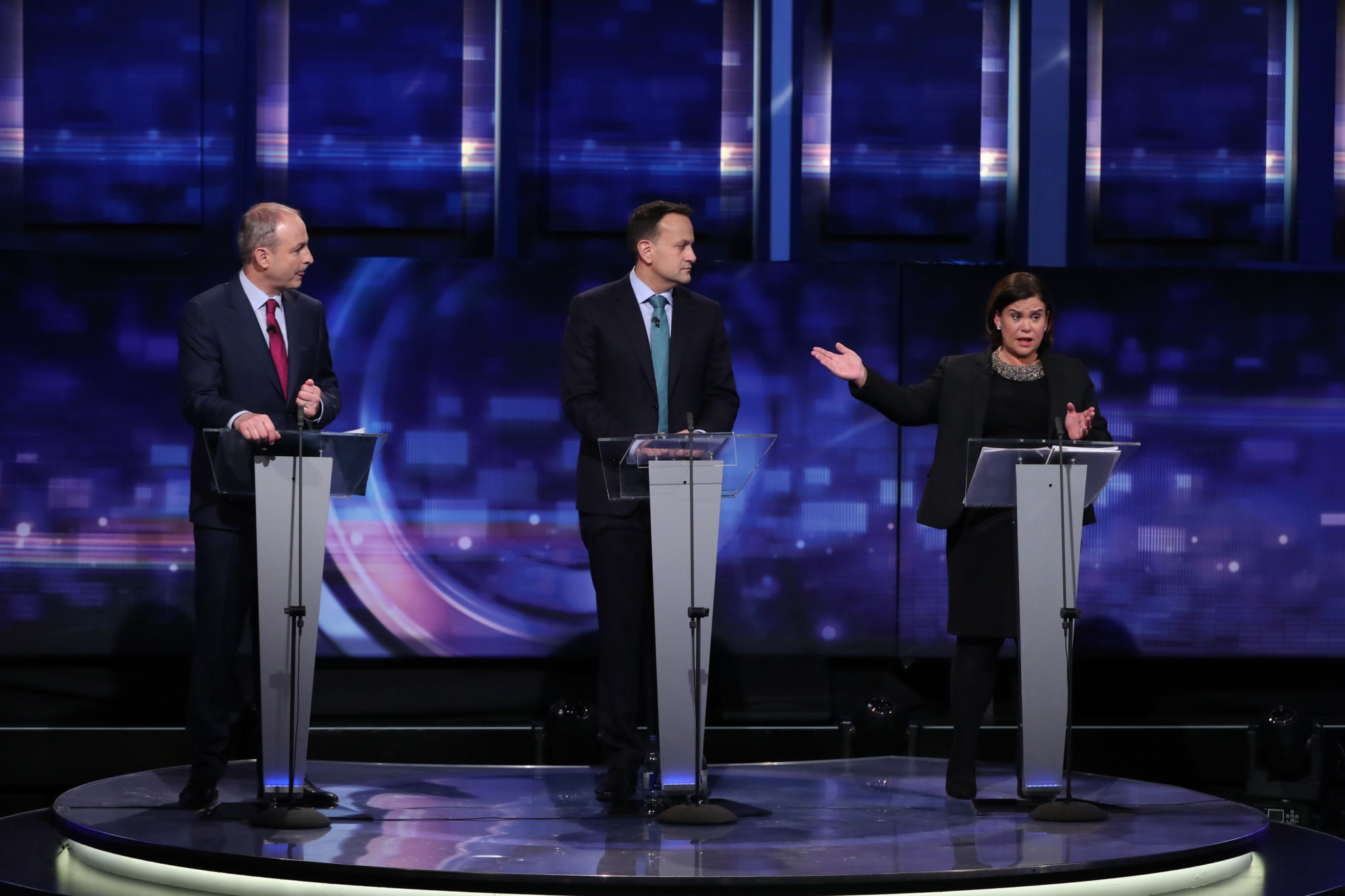 Martin, Varadkar and Mary Lou McDonald during a TV leaders' debate in 2020. Picture by: Niall Carson/RollingNews.ie/Pool

The Irish Independent’s Political Correspondent Hugh O'Connell says that Sinn Féin should be pleased with the poll’s results:

“Sinn Féin is by far the most popular party in the country,” Mr O'Connell told Newstalk.

“It commands the support of about a third of the electorate in the country but at the same time if you combine the percentage support for each of the three coalition parties - Fianna Fáil, Fine Gael and the Green party… combined they still have the support of more than 40% of electorate.”

“So what it shows is the Sinn Féin march continues at the expense of the coalition parties.

“Meanwhile for the Labour party, there’s a slight bounce off the back of Ivana Bacik’s election as leader of the party without competition but Labour is still only on 4% and they still trail the Social Democrats who are on 6%.”