A former TD says a derogation should be made for essential protests during the pandemic. It comes...

A former TD says a derogation should be made for essential protests during the pandemic.

It comes amid plans for protests demanding more be done to tackle violence against women.

This follows the murder of Sarah Everard in England, which has sparked outrage amongst women in the UK, Ireland and across the world.

Over the weekend, vigils organised to remember Sarah were broken up by UK police in a widely-condemned move.

She told Newstalk Breakfast protests such as this are essential.

"Myself and ROSA [Socialist Feminist Movement] are planning some protests - actually now, more have been called in cities this week: in the five cities in the south and in Belfast tomorrow as well.

"The protest are in sorrow and anger at the murder of Sarah Everard - it's resonated with women I think here in Ireland and in Britain.

"The testimonies of how women have to restrict their movements, and plan their lives, in case of harassment or attack.

"Sarah did everything right, and still ended up dead.

"A woman is murdered every three days in Britain, every three hours in South Africa and 10 a day in Mexico. 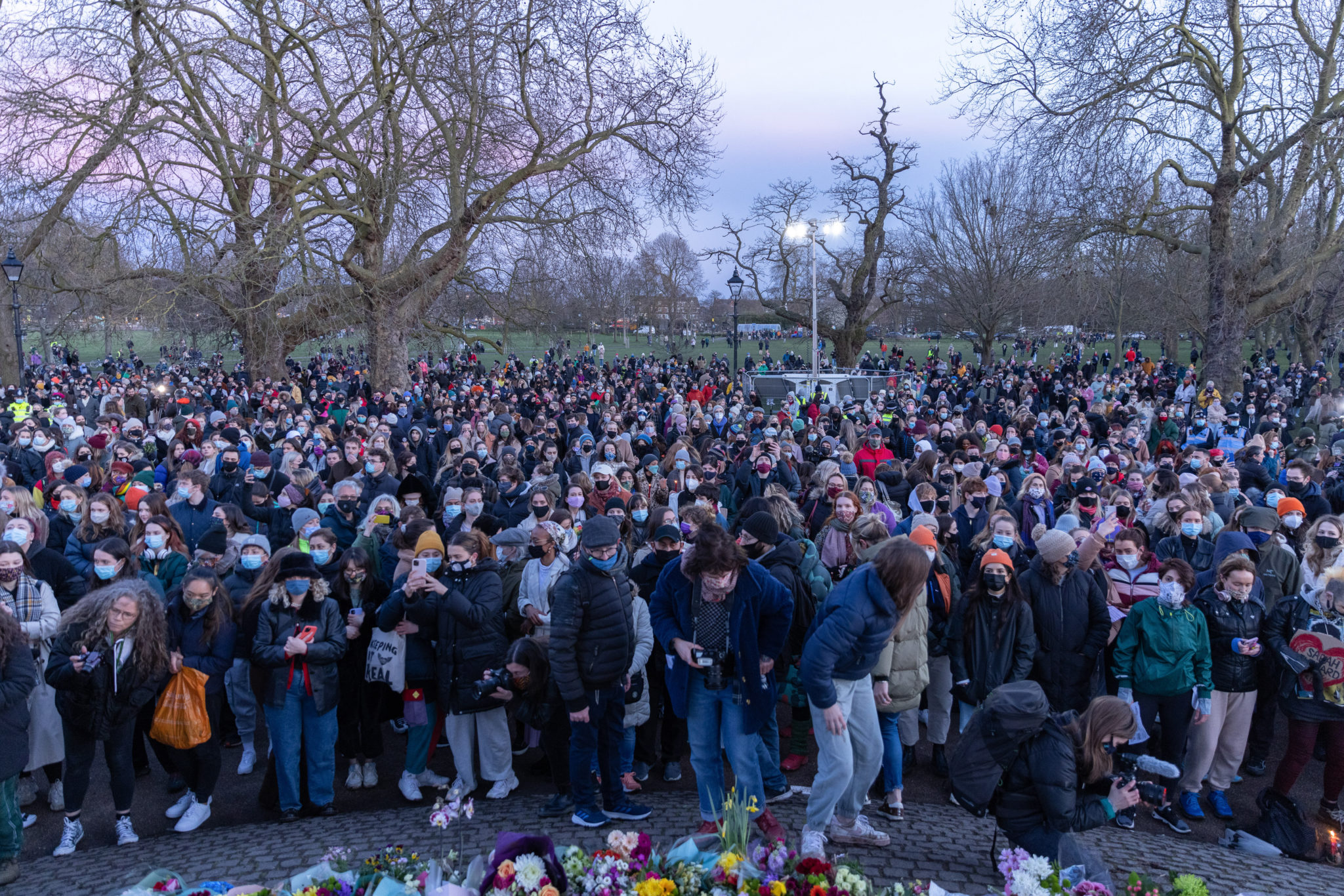 Crowds of people are seen during a vigil for Sarah Everard in London, England. Picture by: SOPA Images/SIPA USA/PA Images

'No protests for duration of COVID-19?'

Amid questions over holding a protest during a pandemic, Ms Coppinger said the Irish demonstrations will be socially distanced and masked.

Giving The Spire in Dublin as an example, she said: "There've already been socially distanced protests at The Spire.

"There's actually markings on the whole concrete area along, which goes for quite a distance.

"What I'd say is this: the pandemic has gone on for a year, it could go on for another year.

"Are people seriously suggesting that there should be no protests for the duration of COVID-19?

"Outdoor protests with people wearing facial coverings aren't dangerous and it will be socially distanced", she claimed.

"I think protests should be considered essential, there should be a derogation for protests to take place that are essential".

Ms Coppinger added that she "obviously" will be going further than her 5k restrictions to attend, as she lives in Blanchardstown.

Main image: A protester holding a placard during a vigil for Sarah Everard in London, England. Picture by: SOPA Images/SIPA USA/PA Images

“Are you not entertained?” | The case for Kenny on The ROI Hour