The Metropolitan Police force is defending itself after criticism for the way it handled a vigil ...

The Metropolitan Police force is defending itself after criticism for the way it handled a vigil in memory of Sarah Everard in south London.

Scuffles broke out at the gathering on Clapham Common as officers told attendees to go home.

In the early hours of the morning, Scotland Yard confirmed that four people were arrested for public order offences and breaching coronavirus restrictions at the vigil.

British Home Secretary Priti Patel described footage circulating of the police's actions as "upsetting" and she has demanded a full report on what happened.

London Mayor Sadiq Khan added that he was in contact with Police Commissioner Cressida Dick and "urgently seeking an explanation".

Reclaim These Streets, which had opted to cancel its event, said women across the country "are deeply saddened and angered by the scenes of police officers physically manhandling women at a vigil against male violence". 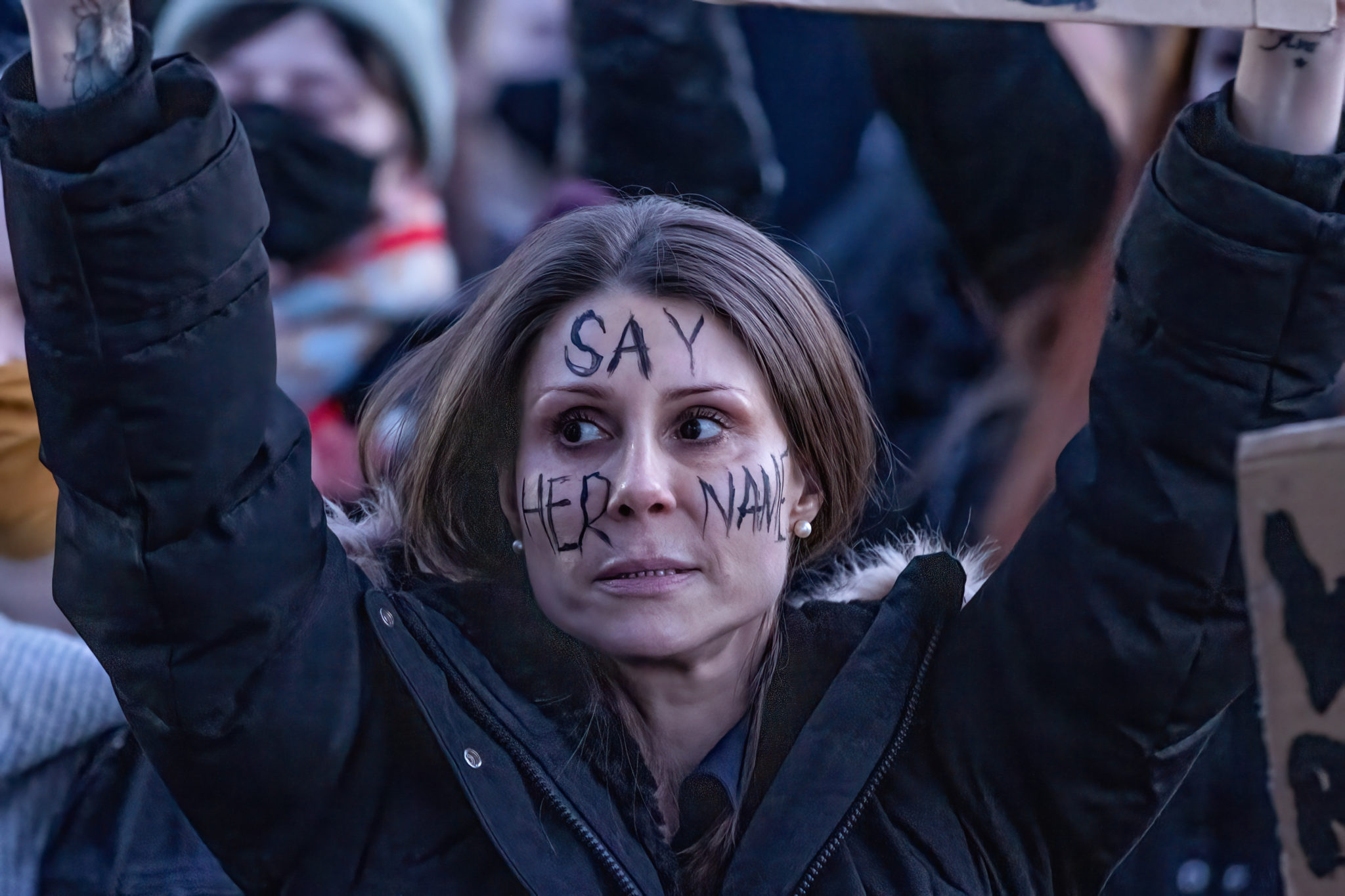 A protester with her face painted saying, 'Say her name', during the vigil for Sarah Everard being held at Clapham Common. Photo by Phil Lewis / SOPA Images/Sipa USA

Organisers said that the force had failed to work with them to ensure that a vigil could go ahead safely, adding: "In doing so they created a risky and unsafe situation. It is their responsibility to protect public order, public health and the right to protest - they have failed on all accounts."

"This week of all weeks, the police should have understood that women would need a place to mourn reflect and show solidarity," they added.

"Now is the time for the police and the government to recognise that the criminal justice system is failing women.

"Tonight, it has failed women again, in the most destructive way."

The gathering on Clapham Common had been largely peaceful, but the atmosphere turned to one of anger when the police surrounded a bandstand covered in flowers. 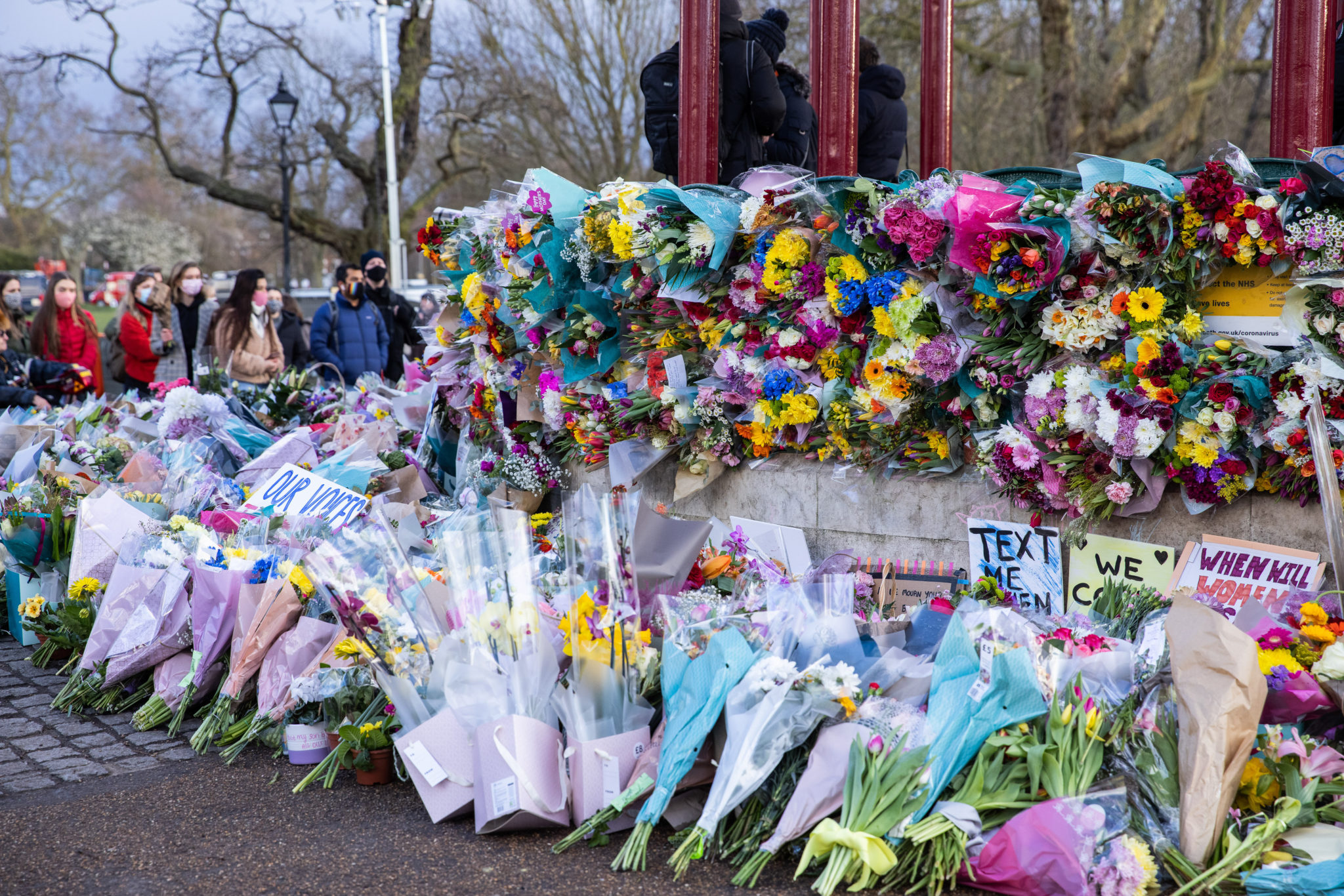 Flowers with condolence messages seen during the vigil for Sarah Everard being held at Clapham Common. Photo by Phil Lewis / SOPA Images/Sipa USA

"At this point, officers on the ground were faced with a very difficult decision.

"Hundreds of people were packed tightly together, posing a very real risk of easily transmitting COVID-19."

She added: "Those who gathered were spoken to by officers on a number of occasions and over an extended period of time.

"We repeatedly encouraged those who were there to comply with the law and leave. Regrettably, a small minority of people began chanting at officers, pushing and throwing items." 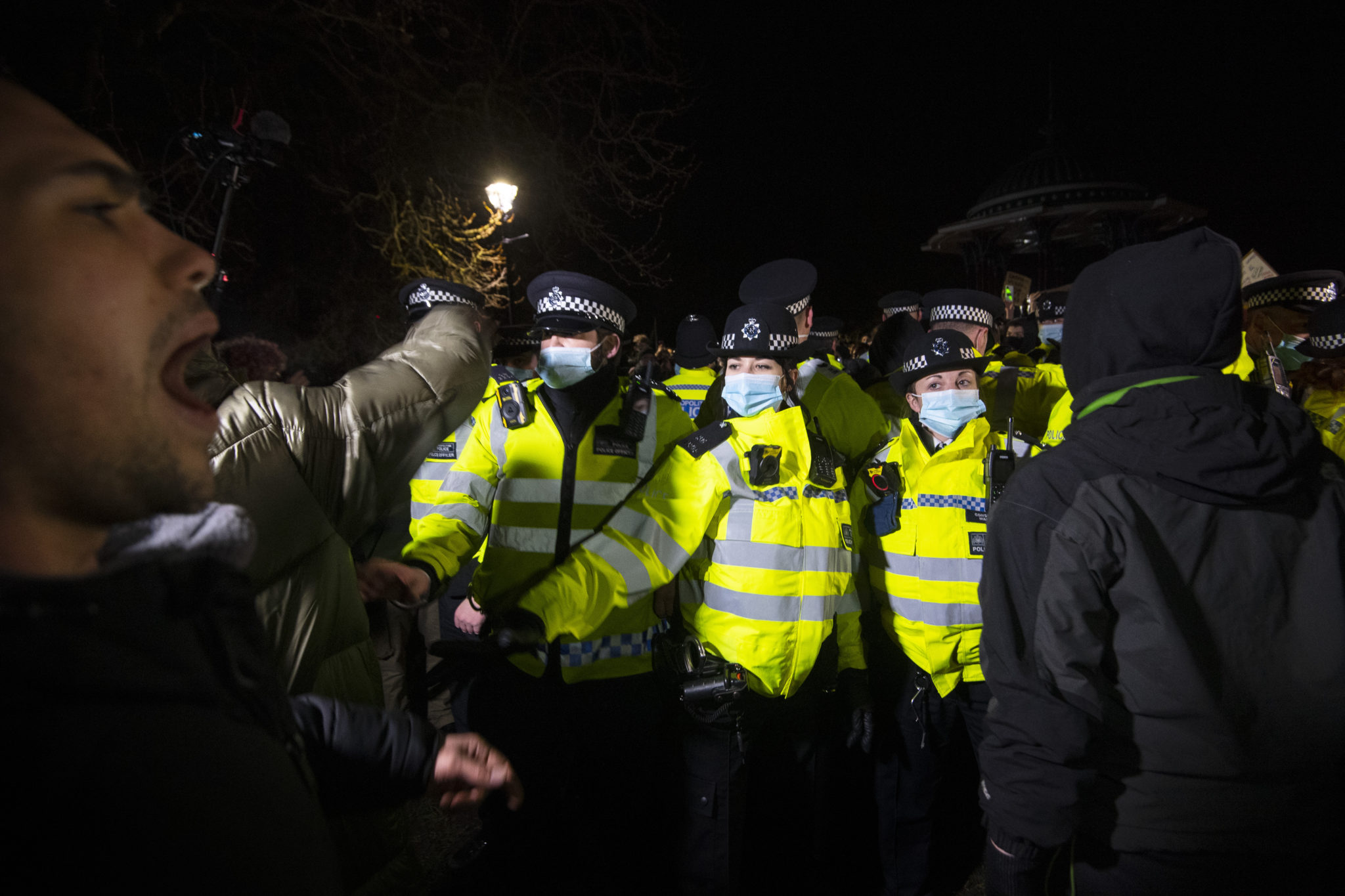 The assistant commissioner said Scotland Yard accepts that the actions of their officers have been questioned, but added "We absolutely did not want to be in a position where enforcement action was necessary. But we were placed in this position because of the overriding need to protect people's safety.

"Let me end by saying that across the Met we review every single event that we police to see if there are lessons that can be learnt. This one will be no different."

Sarah Everard, a marketing executive, went missing while walking home across Clapham Common earlier this month and was later found dead in a woodland in Kent.

Wayne Couzens, a Metropolitan Police officer, appeared in court yesterday charged with her kidnap and murder.