People are being asked to use their own discretion when deciding whether to travel home from abroad for Christmas.

Transport Minister Eamon Ryan says the Government's encouraging people not to travel, but there will be some people who do need to come back to Ireland.

Anyone who does travel here will be asked to stick to the rules of the EU traffic light system.

Speaking this evening, Minister Ryan said: "We're encouraging people not to travel, but some people do have to come home.

"They're the best judges of that - maybe they've a parent who's very lonely, or they're a parent themselves who hasn't seen their children... we understand that, and we will give a welcome to such people.

The Transport Minister said it will be a "judgement call" for people, as everyone's family circumstances are different.

He also says the Government is also considering issues around bus capacity at Christmas.

He said operators will be putting on additional buses including late night services, while the Government will also consider mandatory pre-booking for people returning home.

Restrictions around inter-county travel are being eased over the Christmas period, as part of the Government's plan to reopen the country during December.

In terms of international travel, the latest update from the European Centre for Disease Prevention and Control shows a vast majority of countries in Europe being designated as 'status red' - with Ireland among the handful of 'orange' regions. 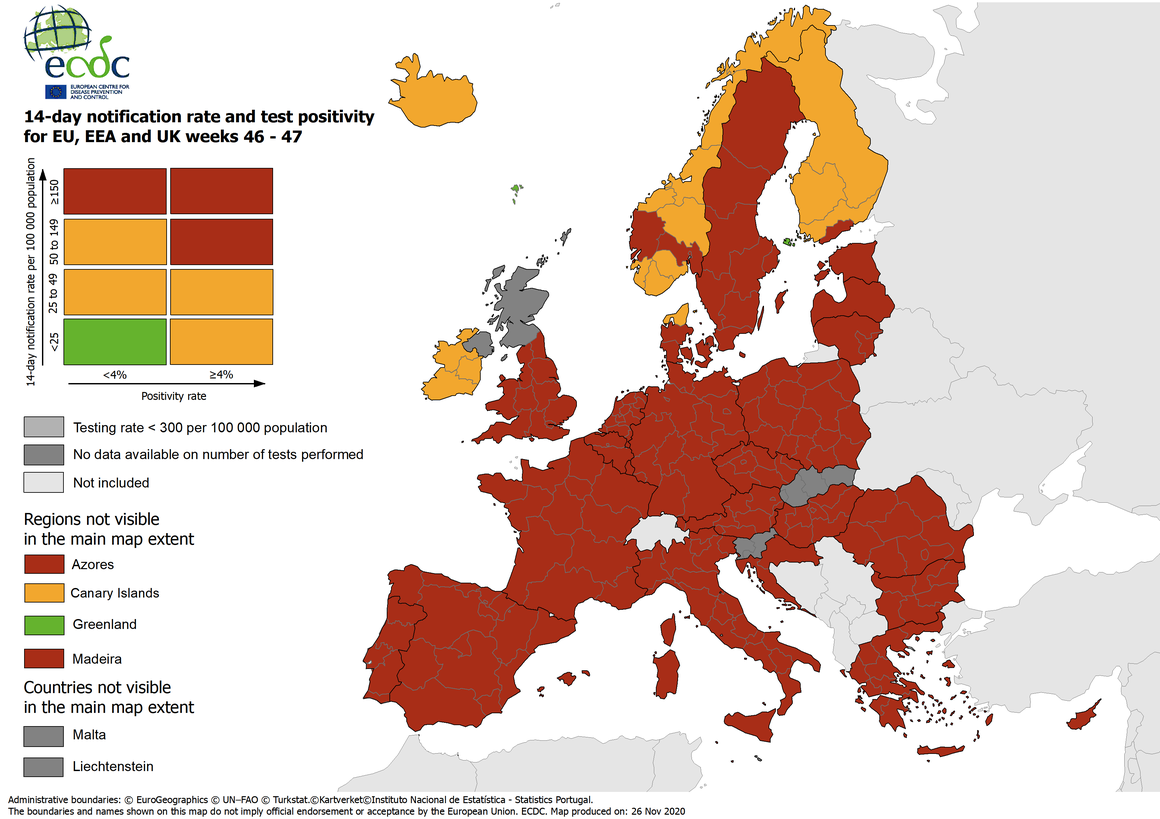 Under the traffic light system, countries in Europe are designated ‘red,’ ‘orange’ or ‘green’ - depending on their COVID-19 rates and testing positivity.

Passengers from green regions can travel without restriction,while those coming from orange regions do not have to self-isolate if they receive a negative coronavirus test three days before they travel.

Those arriving from red countries must self-isolate for 14 days, but can take a COVID test after five days that will allow them to reduce their quarantine time if they test negative.

Remaining Christmas post 'will be delivered throughout January' amid international delays