An average of 45,000 passengers will travel through Dublin Airport each day over Christmas

With just days to Christmas, the countdown has begun for those making long and short journeys home.

From December 17th to January 4th, an average of 45,000 passengers will travel through Dublin Airport each day.

The busiest day is expected to be Sunday, December 19th - followed closely by Thursday December 23rd.

Face masks are mandatory at airports and must be worn when in the terminal buildings, while social distancing should also be observed.

However due to COVID-19 restrictions, Dublin Airport will not host its normal Christmas entertainment music programme for the second year in a row.

The airport will close on Christmas Day - the only day it closes every year - with flight operations ceasing on Christmas Eve.

The last flight to depart is an Air Moldova service to Chișinău at 11.10pm, and the final arrival is an Aer Lingus flight from Tenerife which is due in at 11.35pm.

The airport will re-open on St Stephen's Day, when a TAP Air Portugal flight from Lisbon arrives at 3.05am.

Kevin Cullinane is group head of communications at the daa. He told Newstalk Breakfast this year will be busier.

"I think we can expect a busier Christmas influx of people returning home to reunite with family and friends this year than maybe last.

"It's probably the first Christmas in three where people have made the conscious decision [in] late summer to book travel for this month ahead.

"We're anticipating about 850,000 will travel in and out of Dublin Airport this year.

"That's still significantly down on what would have been going through pre-COVID in 2019, by about 40%.

"Similarly at Cork, 60,000 are expected between now and the 4th of January.

"Bearing in mind last year there was less than 9,000 people in the whole month of December travelled through Cork.

"So numbers are up on last year, but still significant down on 2019". 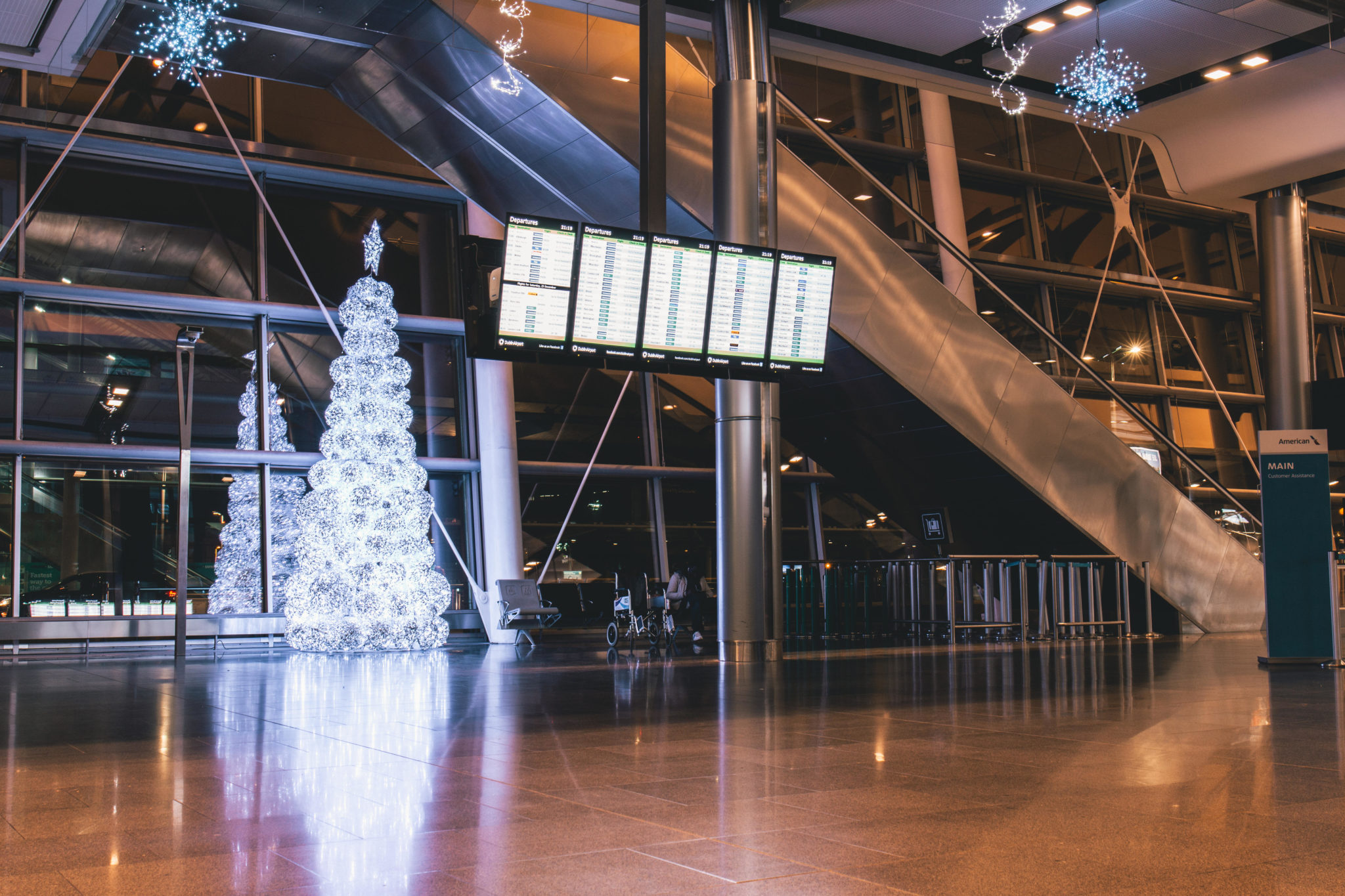 A view of Terminal 2 at Dublin Airport during the Christmas holiday season in December 2017. Pictuere by: David Ribeiro / Alamy Stock Photo

But he is reminding people the usual meet and greet inside the terminals will not be possible.

"There are additional meeting points just outside the terminals - they're clearly identified.

"And for people travelling with gifts, we'd advise maybe to think about using a gift bag rather than wrapping them.

"Just in case security personnel in Dublin, or indeed at their departure airport, need to inspect those gifts."

Asked about a lack of checks on COVID-19 documentation, Mr Cullinane says this onus is on the airlines.

"The airlines are doing the majority of checks at check-in and prior to departure.

"So for people arriving into Ireland their documentation should have already been checked.

"Our understanding is the Border Protection Unit at Dublin Airport, under the aegis of Department of Justice, are then doing spot-checks on those passengers that should have been pre-screened by their airline.

"They obviously all have to have their electronic Passenger Locator Form filled out in advance.

"And all passengers, as we're well aware now, have to have a negative COVID test before they arrive in the country".

Mandatory quarantine issue 'not capacity, but lack of enforcement by airlines' - Donnelly