The new ‘traffic light’ system for international travel will come into force in Ireland from Sunday November 8th.

Cabinet rubber-stamped the decision to join the EU system on Tuesday.

The system will see all EU states designated green, orange or red based on criteria compiled by the European Centre for Disease Control.

As of midnight last night, passengers from green list countries must follow Level Five coronavirus restrictions on arriving in Ireland; however, they no longer have to quarantine.

People from orange and red countries still have to restrict their movements for two weeks.

However, the Minister of State for International Transport Hildegarde Naughton last night confirmed that, from November 8th, passengers from orange regions will be able to avoid the restriction by undergoing a validated pre-departure test for the virus.

A similar system is eventually expected to be rolled for passengers from red list countries.

Minister Naughton said it was important the system was in place by November to offer certainty to anyone considering flying home for the Christmas holidays.

“From midnight tonight, there will be no restrictions for travellers from a green list country travelling to Ireland,” she said.

“Many countries across Europe, including ourselves, are on a red list. For orange and red list countries, we are asking people to restrict their movements for 14 days, as is currently the case for all travellers.

“For orange list countries, there will be an exemption from restricting movements if the person carries out a validated pre-departure test.” 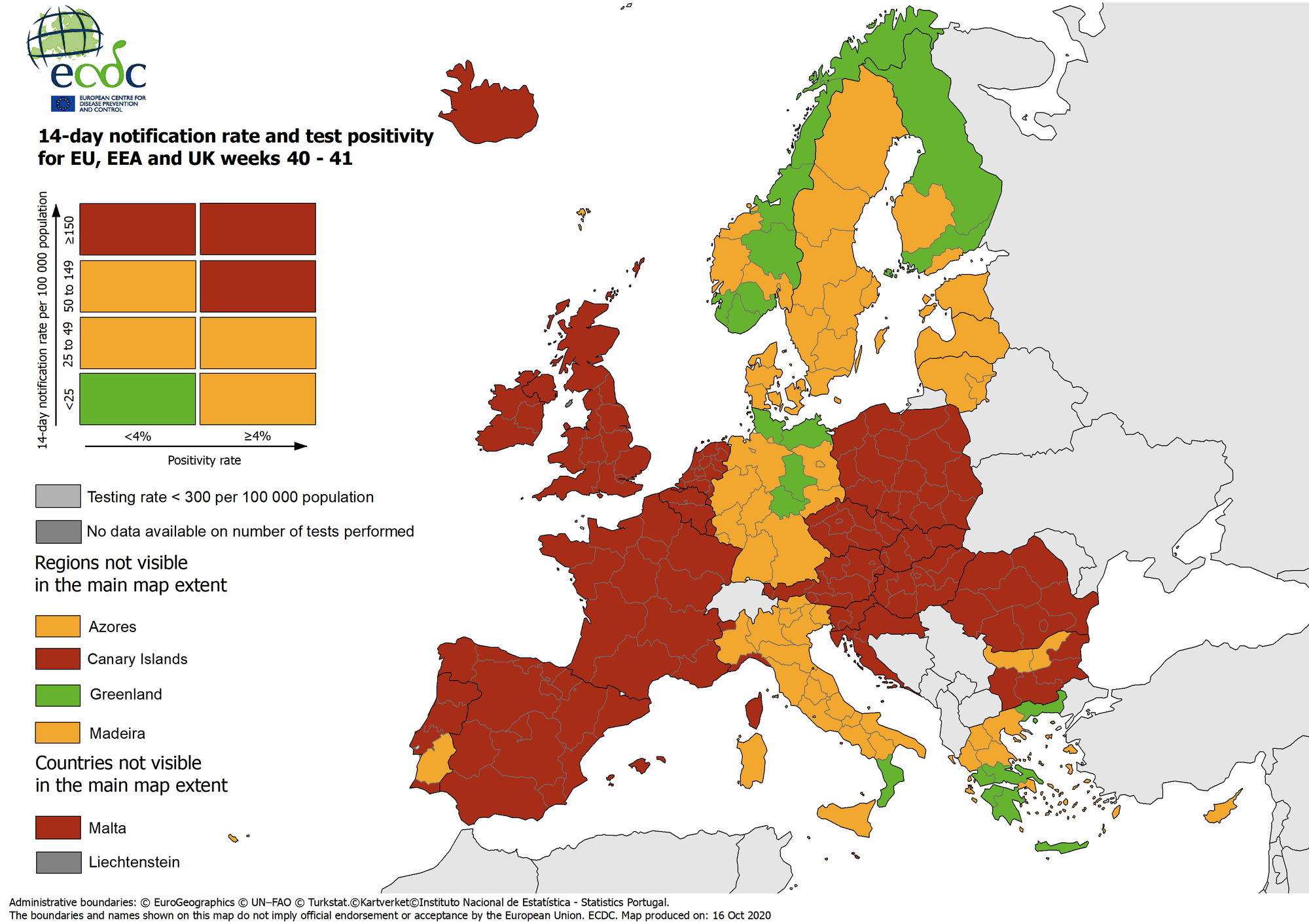 The system is based on a data published by the European Centre for Disease Control (ECDC) every Friday.

Countries will be designated green, orange or red depending on three criteria:

Under the plan, regions will be designated green if they have a 14-day rate below 25 and a positivity rate below 4%.

All other regions will be designated red.

Minister Naughton said a “high-level technical group” would be monitoring the system and updating it every two weeks.

She said the group would be examining different testing regimes  to see which ones could be used to allow people into the country without restricting their movements.

She noted that the current PCR test is “the gold standard” and any other form of testing will need to be validated before it is accepted.