The Master of the Rotunda Hospital in Dublin, Professor Fergal Malone, says they are trying to gi...

The Master of the Rotunda Hospital in Dublin, Professor Fergal Malone, says they are trying to give 21st century medicine in 18th century buildings.

Women campaigning for partners to be allowed attend maternity hospitals say they are not hopeful of changes to restrictions any time soon.

The Taoiseach Micheál Martin has said he will talk to the Acting Chief Medical Officer Dr Ronan Glynn about women having to attend scans and appointments alone.

Campaigners say this is particularly difficult for those who receive bad news.

The Rotunda is the busiest maternity hospital in the country, providing services for over 10,000 women a year.

Prof Malone told Lunchtime Live: "It does greatly distress us to have to put in restrictions on visiting and attendance at the hospital.

"But they're done because of patient safety and to try and minimise the risk of transmission of COVID.

"And they're particularly important in maternity services because unfortunately, for many years, there has been significant under-funding of capital infrastructure in maternity hospitals.

On the Rotunda restrictions, he said: "As practically as we can we've tried to put safe restrictions in, but make reasonable acceptations to accommodate patients and their families.

"So what that actually means is for routine anti-natal visits, where you might have 60 or 70 sitting in a cramped waiting area, if that suddenly is now 130 or 140 people - because their partners are there as well - the over-crowding is just intolerable. 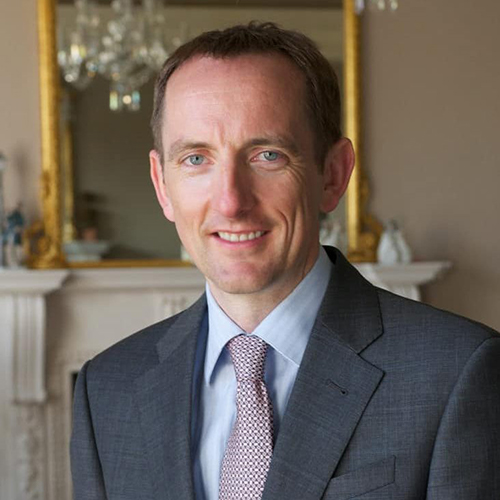 But he said they have already changed how they do things.

"We've already spread patients throughout [the day] - we now are running clinics in the evenings, we're starting our clinics at 7.30 in the morning.

"But the volume, Andrea, is so much that does not bring down your numbers so that you could have large numbers of people in waiting areas".

Prof Malone said patient feedback shows people most want partners in the 20-week anomaly scan, which they have done.

"People call it 'the big scan' - for the 20 week anomaly scan, we do have partners in the Rotunda.

"Not all maternity hospitals do, but we've managed to do that".

He said giving women bad news is never easy: "People come in in their early pregnancy for scan, they're expecting good news and to pull the rug out form under them and to give them bad news is terribly upsetting for everyone and we're very sensitive to that.

"Our challenge is that we can never tell in advance in an early pregnancy assessment unit which is the one woman who's going to be given bad news - and who are the three, four or five who are getting good news.

"So we can't separate that out at the start.

"If we have found bad news, we obviously and immediately allow and invite the support person in... so there's always that appropriate exceptions to all of these restrictions".