Britain’s Queen Elizabeth is more popular in Ireland than any of the main party leaders in Dái...

Britain’s Queen Elizabeth is more popular in Ireland than any of the main party leaders in Dáil Éireann, a poll has found.

As the British Monarch, Her Majesty reigns over six of Ireland’s counties and is a much loved figure among the unionist community. Ahead of her Platinum Jubilee celebrations, Sinn Féin Vice President Michelle O’Neill wrote to her describing the event as “an historic moment, especially for all those from the unionist and British tradition on the island of Ireland, and across these islands whom with great pride and devotion hold you very dear.”

The rest of the island became a republic in 1949 but more than seven decades on it seems there is still some sort of respect - most likely grudging - for the head that wears the Crown.

Famously, the Queen earned plaudits for the way she conducted herself on a state visit to Ireland in 2011; she visited Croke Park, met with hundreds of people and even spoke a cúpla focail at a banquet held in her honour at Dublin Castle.

11 years after her landmark visit, fully 50% of Irish people polled by the Sunday Times / Ireland Thinks said they approve of Queen Elizabeth II. 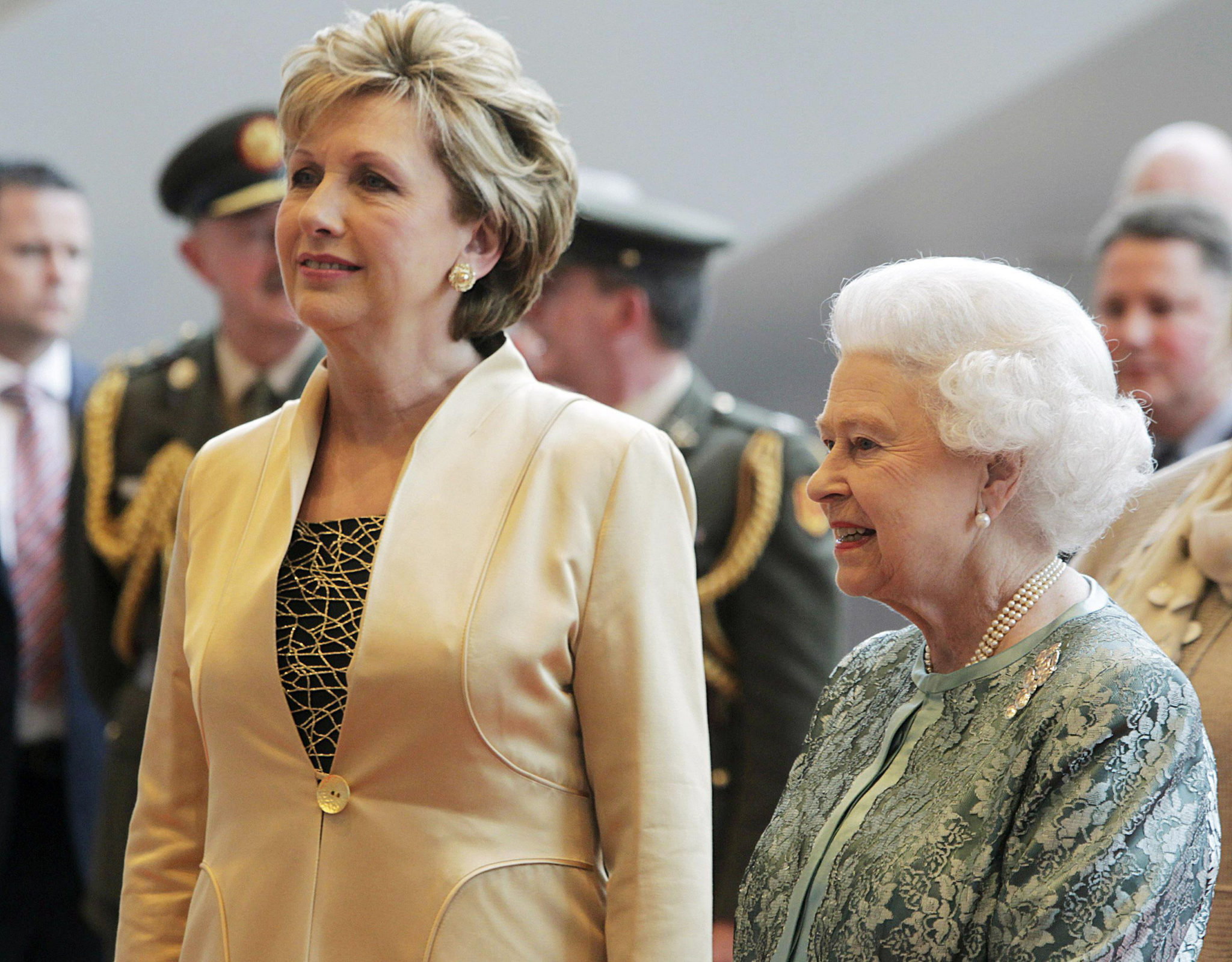 No party leader in Dáil Éireann commands similar levels of support - although Sinn Féin’s Mary Lou McDonald came close, with 45% of people telling the pollster they approved of her job performance.

Taoiseach Micheál Martin trails narrowly behind her - with 44% of people approving of his performance. While 38% of people believe Tánaiste Leo Varadkar is doing a good job.

Eamon Ryan of the Greens is the least popular of the coalition’s leaders - only 21% approve of his job performance.

Main image: Queen Elizabeth II visits the English Market in Cork and makes in impromptu walkabout on May 20, 2011. The Duke and Queen's visit to Ireland is the first by a monarch since 1911.