Any cull of Dublin’s gull population would be ‘illegal and unwarranted’, according to Birdw...

Any cull of Dublin’s gull population would be ‘illegal and unwarranted’, according to Birdwatch Ireland.

It comes after fresh calls for a cull from another Dublin city councillor.

On Lunchtime Live this afternoon Fine Gael Councillor Paddy McCartan said he was “shocked” at the number of gulls he encountered while out in Howth yesterday – noting that they are becoming “cheekier and cheekier” in their approach.

He said he was not calling for adult birds be killed off in a ‘blunderbuss-style’ cull – but rather for a “minimal intervention” approach where eggs and nest would be removed from nesting spots.

Also on the show, Birdwatch Ireland spokesman Niall Hatch said a cull in any form is simply, “not on the cards.”

“A cull of gulls in Ireland can’t happen because it would be illegal both under Irish law and under the EU Birds and Habitats direction,” he said.

“Also, it is really unwarranted because what we have actually seen is in the population of gulls - particularly the herring gull which is the species we are talking about here - their population has actually declined by 90% nationally over the course of just 30 years.

“So, this isn’t a species that is thriving and doing well and expanding its range into Dublin City because it has exploited everywhere else that it possibly can. It is a species in crisis that is desperately trying to find somewhere safe to nest.” 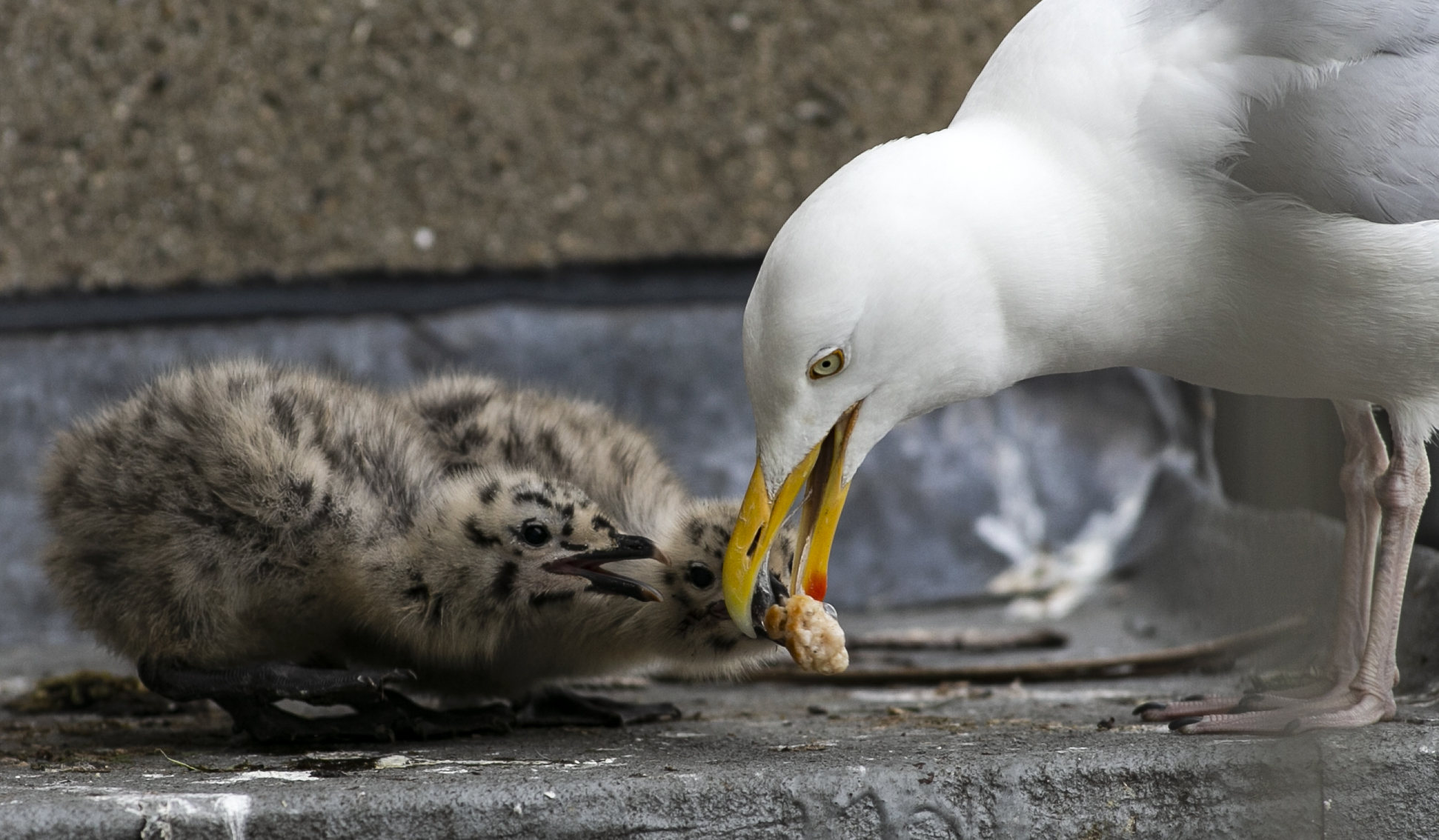 Baby gulls emerge from their nest on the side of a building in Dublin City Centre, 08-06-2021. Image: Sam Boal/RollingNews

He noted that the figures highlight how ‘anecdotal’ evidence can fly in the face of scientific evidence – pointing out that while it is true more gulls are nesting on rooftops in Dublin, that doesn’t mean there are more gulls in the area in general.

Mr Hatch said Birdwatch Ireland is not blind to the issues caused by gulls in the city centre – but noted that those issues are “symptoms of a much wider environmental collapse.”

“There are more gulls nesting on rooftops and the reason for that is that many of the places these species would have nested around Dublin now have issues,” he said.

“Places like the islands off Skerries, Ireland’s Eye off Howth and Dalkey Island have become overrun with non-native predators like rats and mink and also humans causing disturbance walking through the gull colonies there.

“So, what they do is they move to an area which provides the same protection as an island in the sea but without the predators – and as far as they are concerned that is the top of tall buildings and rooftops.” 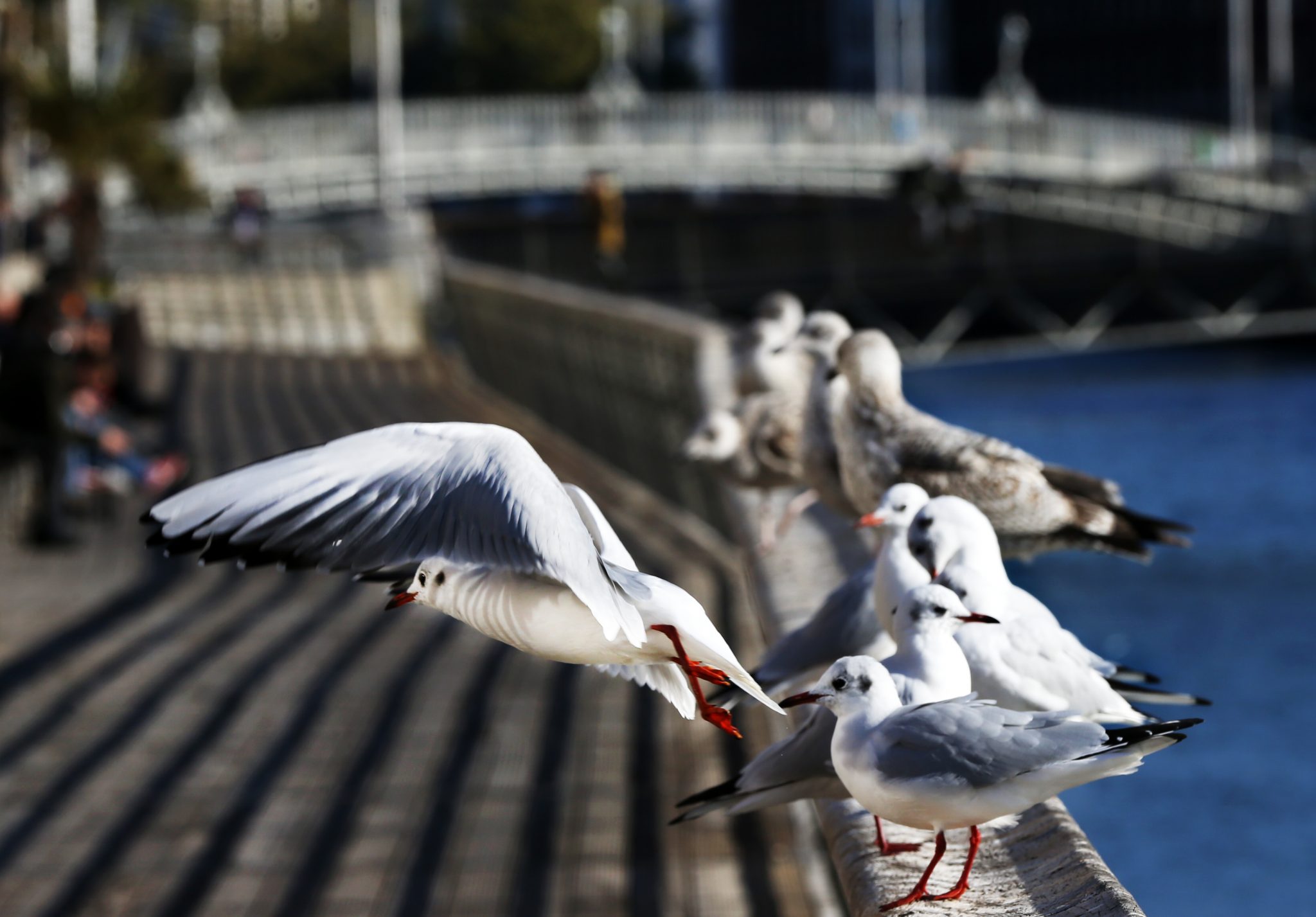 He said there are two separate issues that cause friction between guls and humans in summer – firstly, many chicks are hatching which causes their parents to be overprotective and secondly, people continue to fee gulls against all advice.

“When wildlife causes an inconvenience – and there are inconveniences here - the knee-jerk reaction is let’s kill, let’s remove, let’s destroy the symptom of the problem,” he said.

“But what is happening is it is a wider ecological collapse that is causing these issues. I haven’t even discussed the issue of overfishing, the plastic pollution that is affecting these birds that is causing them to starve and move into other areas.

“Of course, gulls are big and visible so we see this happening to them but it is happening to other species as well that are perishing without us noticing it.

“Also, when you leave refuse and things on the street, if the gulls don’t eat it, you will get other creatures like foxes and rats that will eat it – and in fact they do so, they just tend to do it at night when we don’t see it. 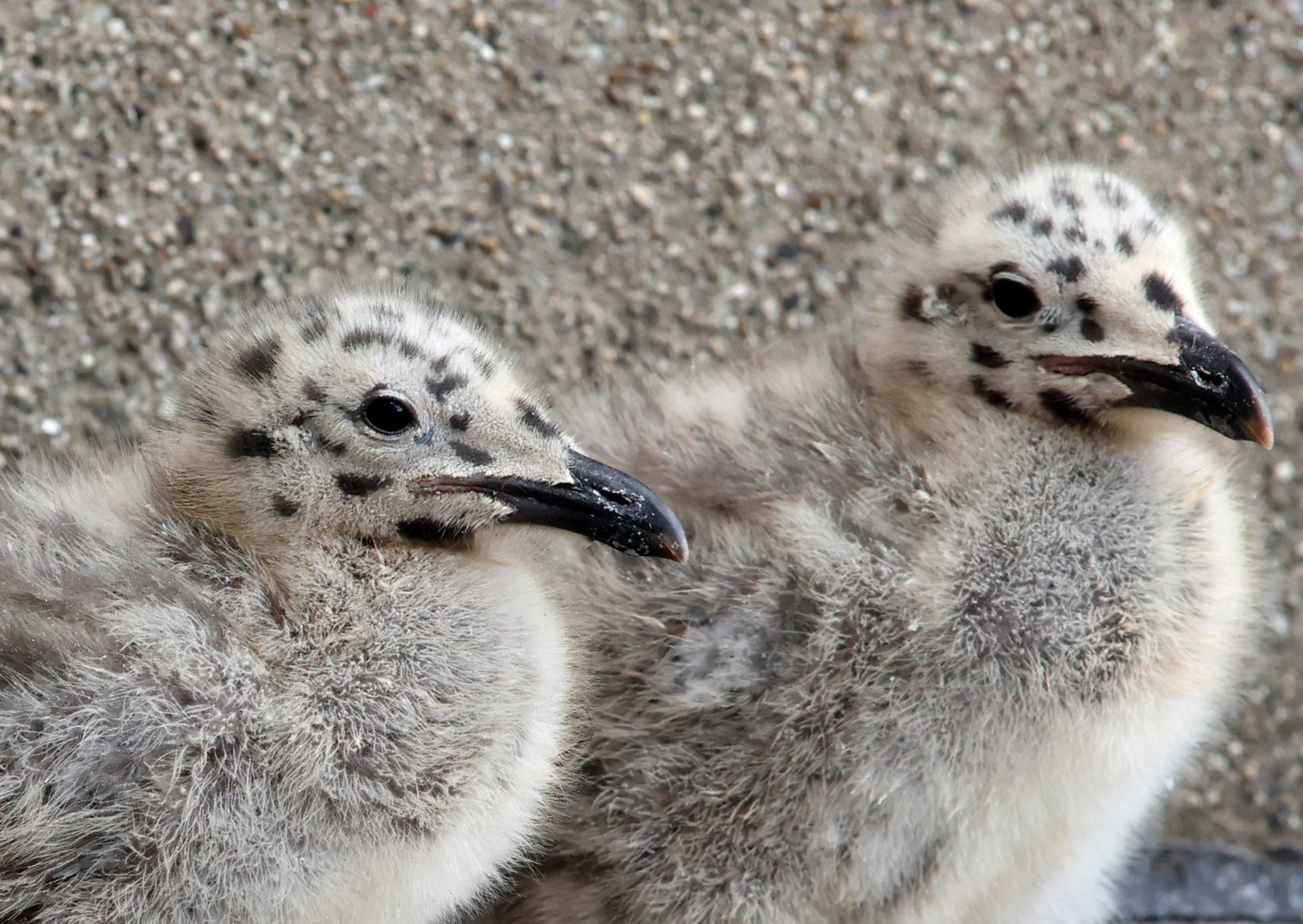 Baby Seagulls emerge from their nest on the side of a building in Dublin City Centre, 08-06-2021. Image: Sam Boal/RollingNews

“So, it is a much wider problem than the gulls. For the gulls, it is important they are not scapegoated, and we don’t see them as being the problem themselves.

“They are the symptom of a much wider problem that we humans are ultimately responsible for and we humans have to fix.”