Aontú leader Peadar Tóibín has accused the Government of trying to shut down “peaceful democ...

Aontú leader Peadar Tóibín has accused the Government of trying to shut down “peaceful democratic protest and free speech” as it seeks to restrict pro-life protests and vigils outside hospitals that perform abortions.

Many women have described the protests as upsetting on an already difficult day; the solution, pro-choice campaigners say, is for safe access zones around hospitals in which protest is restricted. However, speaking to The Hard Shoulder, Deputy Tóibín described the proposals as a draconian overreach of state power:

“Any protest that happens should be peaceful and respectful,” he said.

“But it’s interesting that the Garda Commissioner himself, when speaking to the last Minister for Health, said there was no evidence to suggest that there was any threatening, abusive or insulting behaviour directed towards mothers.

“And he confirmed to that Minister that the necessary laws are in place against harassment and intimidation. He said that they were more than adequate if any issues arise.

“I think what’s happening here is there is an increasingly authoritarian, illiberal streak among some abortion campaigners and I think they’re looking to close down peaceful democratic protest and free speech.” 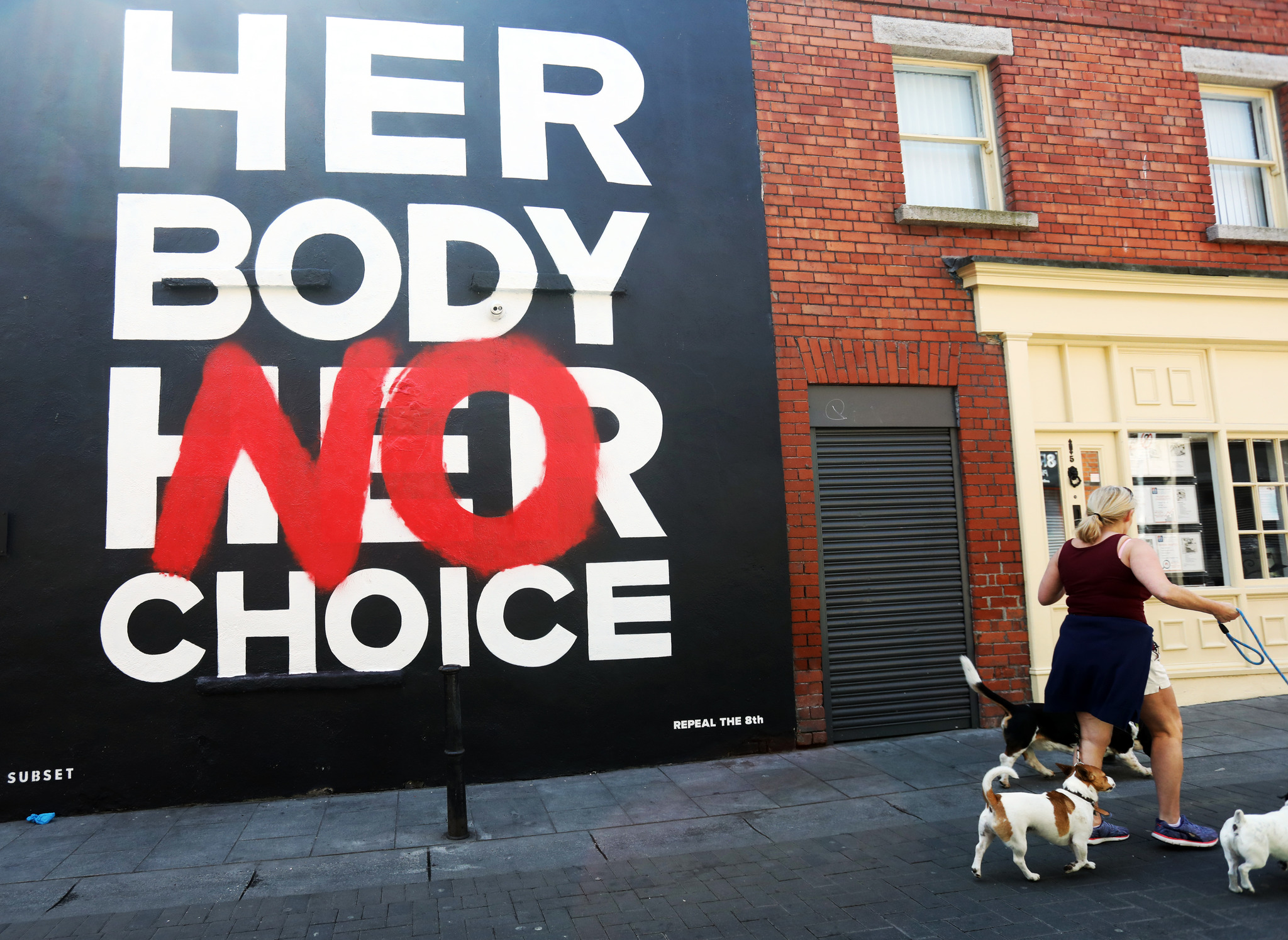 A woman walks past a mural in Dublin city centre ahead of the 2018 referendum on the Eighth Amendment of the Constitution. Picture by: Leah Farrell/RollingNews.ie

Legislation on the issue was promised in the Programme for Government and a special Oireachtas committee has been set up to scrutinise the bill. However, Green Party TD Neasa Hourigan fears the Department of Health has decided to kick the can down the road and says that issue needs to be treated with more urgency:

“What’s happening around the country, particularly in Dublin and Limerick, is that there are a number of protests happening every day and they are based around service providers for reproductive and abortion services,” she told The Hard Shoulder.

“Often they have images displayed, sometimes they’re praying; groups like Together for Safety down in Limerick are saying that people who are accessing services find it quite intimidating and I would be making a point that if you have a problem with our law on abortion and you want to change that - totally valid - but then the person you should be protesting are the lawmakers.

“And so it would be appropriate to come and protest us in the Dáil but it’s not appropriate to protest private people who have the right to access healthcare in privacy and dignity and intimidate them on probably a day that’s not their best day.”