A priest who used a sermon to criticise abortion, gay marriage and transgender people has said he should not have to apologise for "the truth".

Fr Seán Sheehy told people gathered in a church in Listowel on Sunday: "What is so sad today is you rarely hear about sin, but it's rampant.

Fr Sheehy doubled down on his comments earlier on Wednesday that those who support gay marriage, including Tánaiste Leo Varadkar, will go to hell. 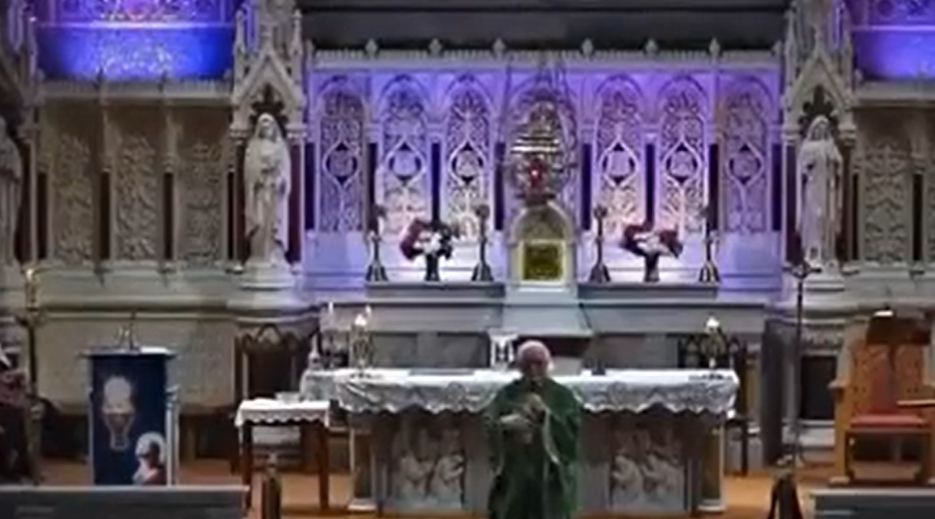 He told Anton Savage on The Hard Shoulder he was preaching what he believes.

"My answer basically is that I'm giving the teaching of the scriptures and the church regarding homosexual sexual relationships: that they're sinful and that's it," he said.

Asked if he planned to apologise, he said: "Not at all - why would I apologise for the truth?"

Fr Sheehy said sins are being enshrined in the law.

"The whole scriptures talk about salvation; salvation is about being freed from suffering and death that's due to sin.

"Obviously then the focus was on sin, and what is sin and where is it found, and that's why I said that it's embedded in the culture, and it's enshrined in the legislation.

"It's been pushed on children under the guise of sexual health and that is evil, that is sinful."

'Taking the innocence of children'

He said his focus was on sin and not people.

"I'm just simply talking about sin - sin is in all kinds of forms - but the ones that are promoted by the legislation and by the culture are specific to what I was saying," he said.

"It's also detrimental to children when we see this sex education programme that's being introduced to the schools, which is actually taking the innocence of children away".

Fr Sheehy said he spoke about these issues as he was prompted to by the Holy Spirit.

"Sin comes in all kind of forms, but the scriptures on Sunday focused on what we need to be saved about [sic] and those are the things that the Holy Spirit prompted me to speak about and so I did.

"That was my job, actually, and sadly I didn't want to hurt anybody - it wasn't my intention."

'It needed to be said'

He claimed some people have called him to thank him for his comments.

"A man called me yesterday and said he had a same-sex orientation and he said: 'I thank you from the bottom of my heart that you said what you said, because it needed to be said'".

He added: "When it comes to a disease, which is what sin is, you have to identify the disease and also look at the causes before you can provide any kind of medication."

Fr Sheehy has been removed from the parish rota in Listowel.

A spokesman for Mr Varadkar said he "profoundly disagrees with Fr Sheehy's views, however he respects his right to express his religious beliefs freely."

"The Tánaiste does not believe that gay people will go to hell for being who they are, nor does he believe that any man or woman can make such a judgment.

"As Pope Francis said, 'who are we to judge'. As the Bible says, judge not lest you be judged. We are all God’s children," a statement added.

The Bishop of Kerry has also apologised for "deep upset and hurt" caused.

"The views expressed do not represent the Christian position," Bishop Ray Browne said.

"The homily at a regular weekend parish mass is not appropriate for such issues to be spoken of in such terms. I regret that this has occurred while a parish pilgrimage to the Holy Land is taking place," he added.

Sister of Lyra McKee appeals to politicians to restore Stormont