An Post has unveiled five new stamps around the Irish abroad for St Patrick's Day. The stamps, de...

An Post has unveiled five new stamps around the Irish abroad for St Patrick's Day.

The stamps, designed by ZeroG, highlight the experiences of Irish people leaving the country.

Three of the stamps feature common themes of emigration.

This includes a photo of people gathering in 'The Galtymore Dancehall' in Cricklewood, London - showing the importance of Irish centres and Irish hubs to the emigrant community.

There is also an image of suitcases at Dublin Airport from 1969 and a detail from the painting 'Emigrants letter and envelope, 1988' by Geraldine O'Reilly - representing the importance of staying in touch. 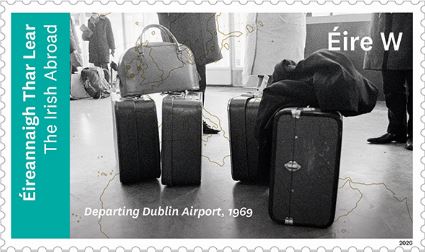 Two other stamps feature a gallery of Irish people who have made an impact on the world from the 1800s right up to the present.

Each of them emigrated and made a contribution in their own area. 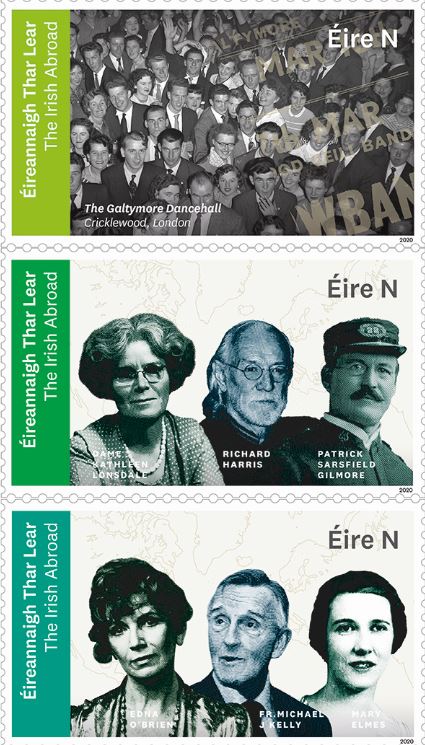 The stamps will be available in 'N' for national postage and two versions of 'W' for worldwide postage. 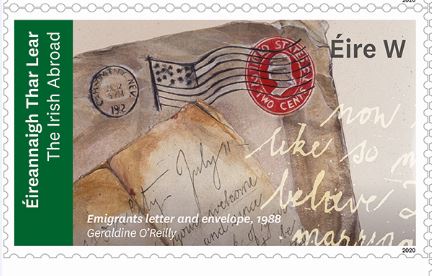 An Post says they "explore the complex story of Irish emigration over the past two centuries.

"They will add a very special dimension to cards, letters and parcels being posted to family and friends all over the world to mark St Patrick's Day 2020."

The new stamps are available in main post offices, at Dublin's GPO and online.

Acting Minister of State for the Diaspora, Ciarán Cannon says: "I am delighted to see the launch of this set of stamps which commemorate the Irish emigration experience, and honour the contributions of the global Irish Diaspora.

"Emigration has played a central role in Irish life for centuries, and there is scarcely a family on the island that has not been touched by it in some form.

"It is appropriate that this collection pays tribute both to the painful aspects of emigration - the separation, and the challenges of staying connected across great distances - but also to the many success stories of the Irish who settled in their new societies and thrived there."