US President Donald Trump has hailed the "brave men and women" of the military in a speech at an... 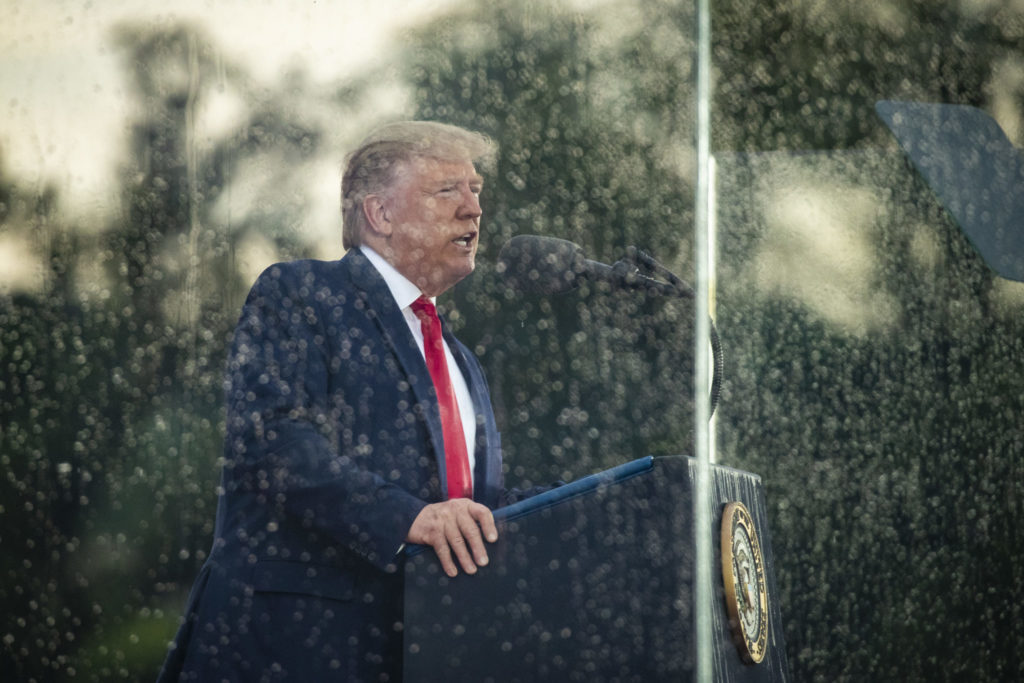 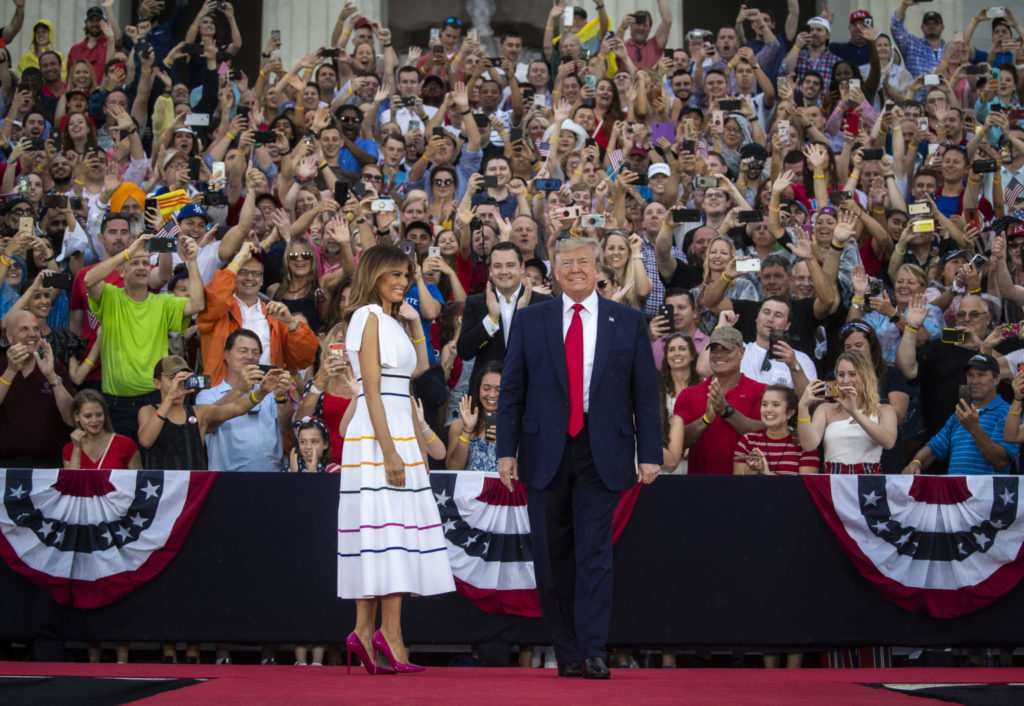 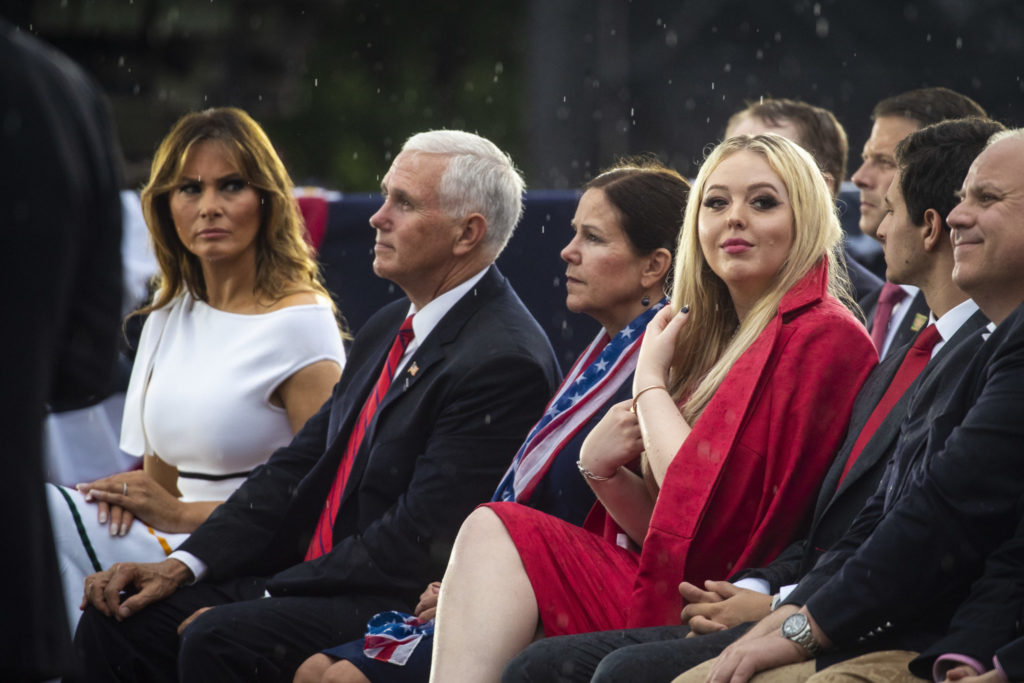 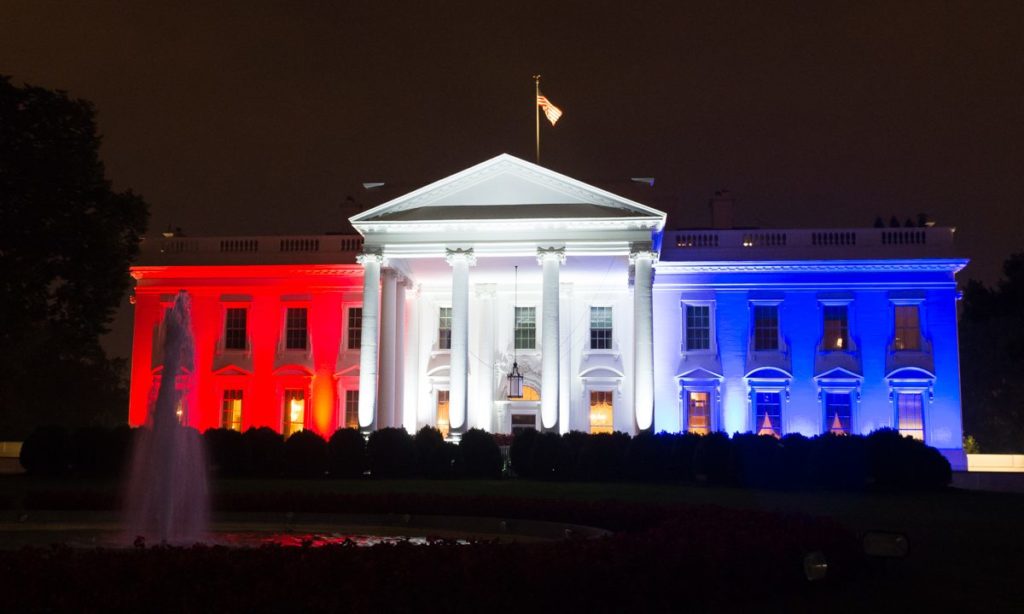 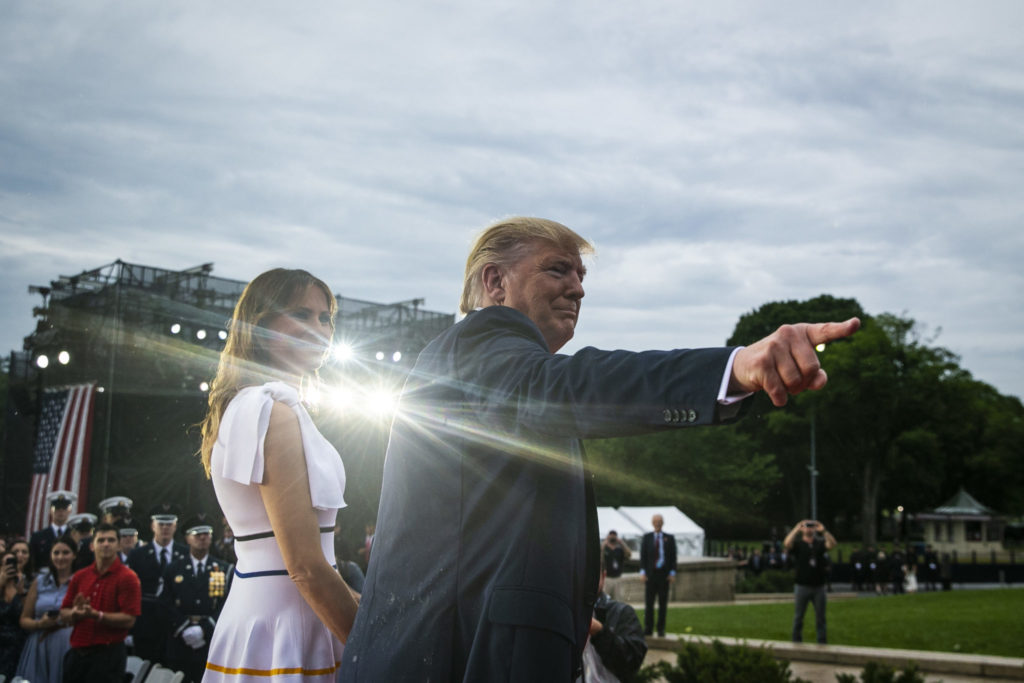 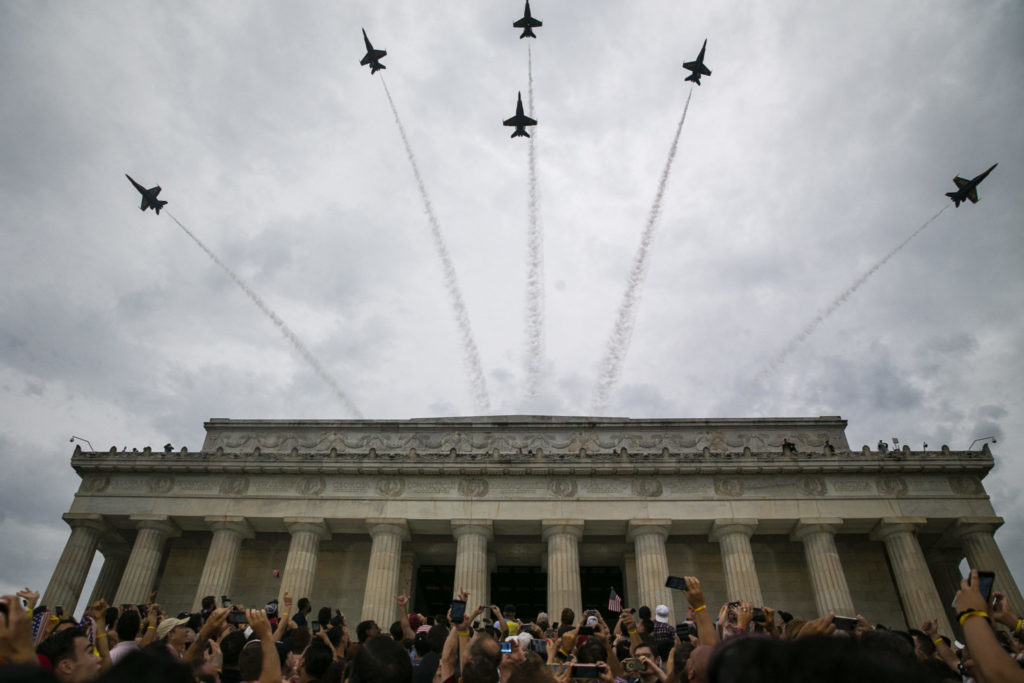 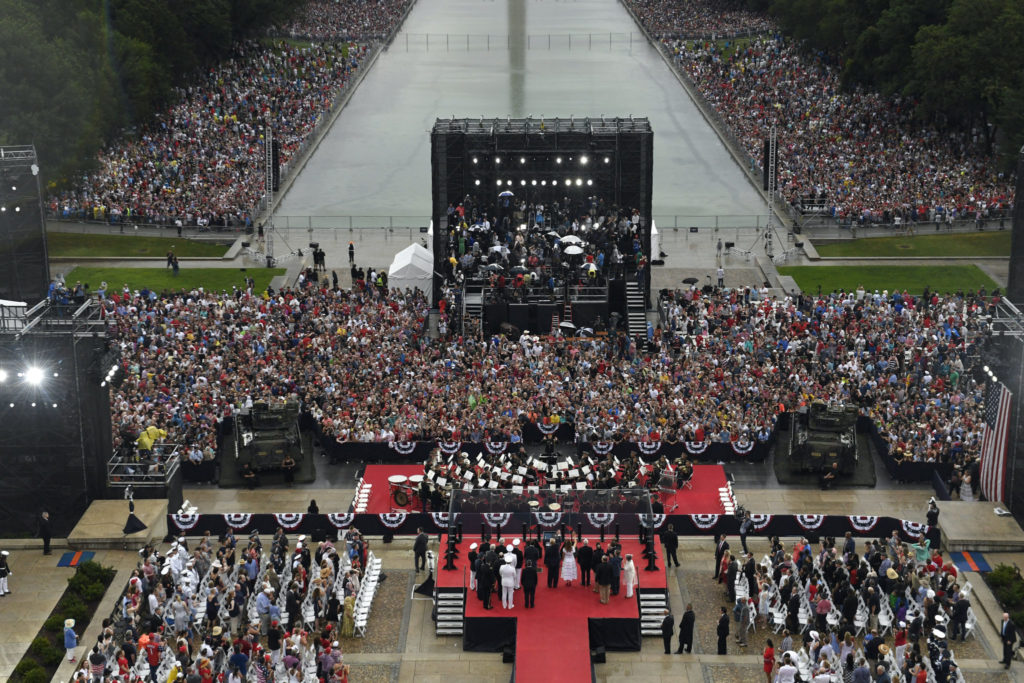 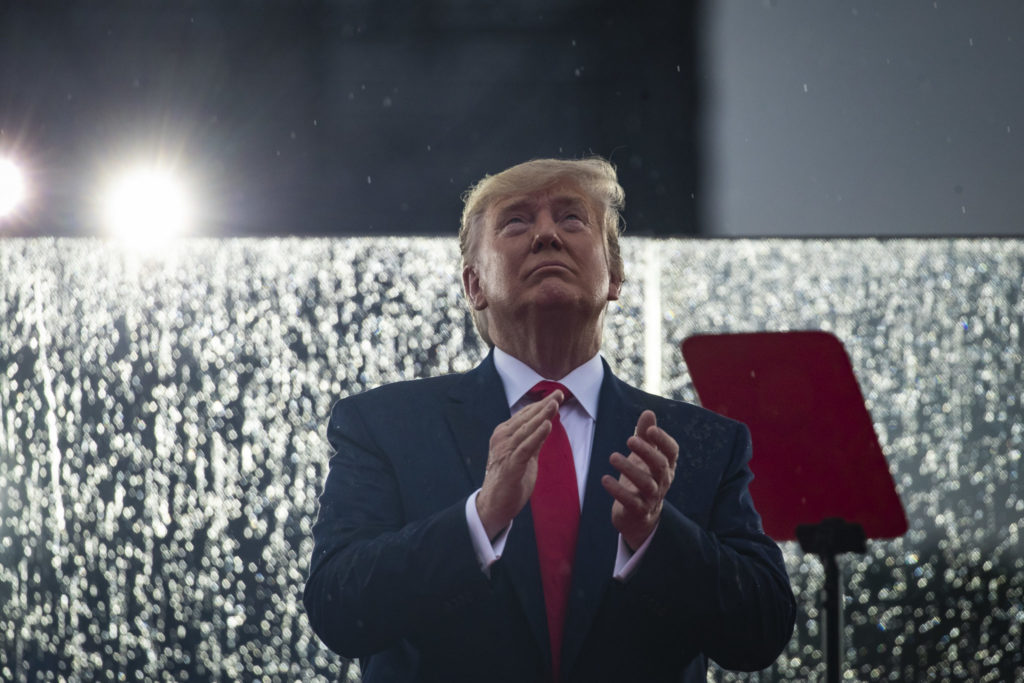 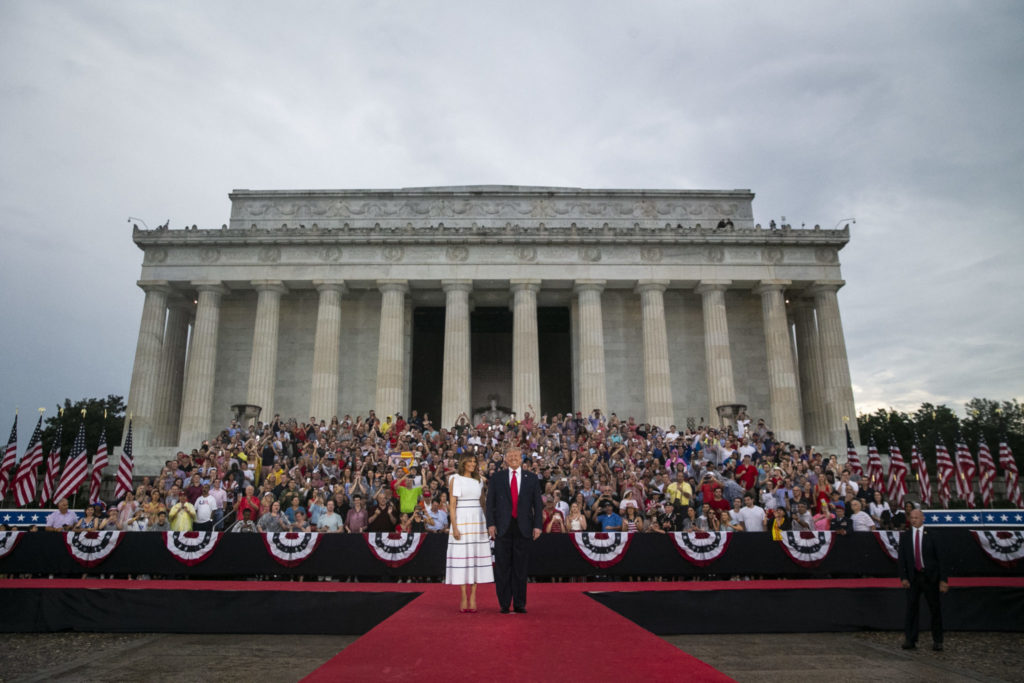 US President Donald Trump has hailed the "brave men and women" of the military in a speech at an Independence Day event in Washington DC.

He delivered a 30-minute speech at the Lincoln Memorial on Thursday alongside his wife Melania, Vice President Mike Pence and his wife Karen.

He recounted many Americans in history - including the founding fathers, inventors and military heroes.

He talked about the strength of the US military and presided over fly-overs from planes and helicopters of the five military branches.

However, opponents accuse him of politicising the holiday ahead of a re-election campaign.

There was an explicit show of strength on display, with tanks and bombers taking part in the White House event.

While CNN reported that protesters clashed outside the White House after a US flag was burned ahead of the event.

He opened his speech with "Hello, America, hello".

"Today, we come together as one nation with this very special salute to America. We celebrate our history, our people, and the heroes who proudly defend our flag, the brave men and women of the United States military."

He also paid tribute to "many hard-working members of Congress".

"As we gather this evening in the joy of freedom, we remember that we all share a truly extraordinary heritage.

"Together, we are part of one of the greatest stories ever told - the story of America.

"It is the chronicle of brave citizens who never give up on the dream of a better and brighter future, and it is the saga of 13 separate colonies that united to form the most just and virtuous republic ever conceived."

"Our nation has always honoured the heroes that serve our communities.

"The firefighters, first responders, police, sheriffs, ICE, border patrol - and all of the brave men and women of law enforcement.

"On this July 4th, we pay special tribute to the military service members who laid down their lives for our nation."

Mr Trump then went into a brief history of the United States, before adding: "Nearly 250 years ago, a volunteer army of farmers and shop-keepers, blacksmiths, militiamen, risked life and limb to secure American liberty and self-government.

"We have witnessed the noble might of the warriors who continue that legacy.

"They guard our birthright with vigilance and fierce devotion to the flag and to our great country.

"Now we must go forward as a nation with that same unity of purpose.

"We will always be the people who defeated a tyrant, crossed a continent, harnessed science, took to the skies and soared into the heavens because we will never forget that we are Americans and that the future belongs to us."