Sinn Féin has warned that Dublin could see double the amount of co-living developments, despite ...

Sinn Féin has warned that Dublin could see double the amount of co-living developments, despite an effective ban by Housing Minister Darragh O'Brien.

Almost 1,500 units have been granted permission by Dublin City Council.

Minister O'Brien said last November he was concerned there were too many applications and permissions compared to the "niche quantity of units the concept was originally aimed for".

However the changes could not be applied retrospectively - meaning developments already given permission or going through the planning process were not impacted.

A total of 1,491 units have got the green light in 11 locations across the capital.

They range in size from 11, in Dublin 4's Merrion Road, to 397 at the Old Glass Factory on Cork Street.

This figure also excludes developments that were fast-tracked to An Bord Pleanála through the Strategic Housing Development Scheme.

"Unfortunately there are another 1,000 co-living bed spaces still in the planning process.

"Seven applications were submitted between the time Darragh O'Brien became minister and when he eventually introduced his ban on the 22nd of December".

He said a delay in introducing the ban means a number of applications will be dealt with under old rules introduced by former Housing Minister Eoghan Murphy. 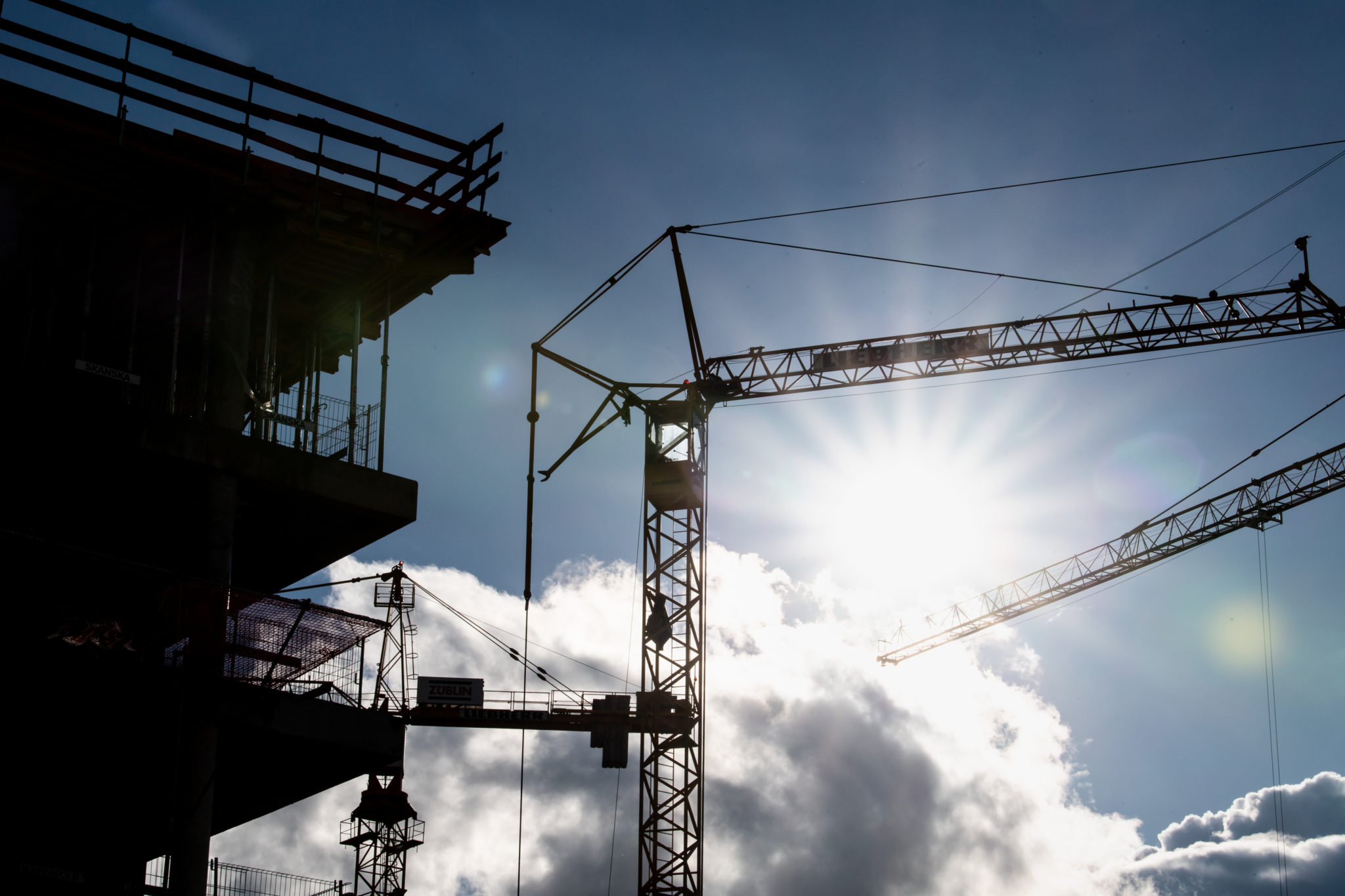 Sunshine behind construction cranes at a building site. Picture by: Matthias Balk/dpa

"There's a fear that most of those would be approved", he said.

This allows a local authority manager to step in during a Housing Demands Needs Assessment, which has to be conducted every five years.

"If that HDNA estimates that there is a need for co-living in certain parts of the city, then co-living applications could be considered", he said.

"It's a very, very small chink of light but the minister should remove that as well".

And he added: "The issue here is we had a minister who promised to ban these when he was in opposition, and then spent months and months dithering.

"And as a result, we could have twice the number of co-living units in the city than when he took office".