Norwegian to end transatlantic flights between Ireland and North America

The airline Norwegian is to end flights between Ireland and North America from September 15th. Th...

Norwegian to end transatlantic flights between Ireland and North America

The airline Norwegian is to end flights between Ireland and North America from September 15th.

The company, which started the service in July 2017, says it is "proactively engaging" with pilots and cabin crew at its Dublin base.

It says it is also in talks with unions to ensure that redundancies "remain a last resort."

Norwegian has 134 pilots and crew based at Dublin: 48 pilots and 86 cabin crew.

While 80 Dublin-based administrative staff at Norwegian Air International and Norwegian Group's asset company, Arctic Aviation Assets, will not be affected by the route closures.

The carrier had been running six routes from Dublin, Cork and Shannon to the US and Canada.

It had previously announced the routes would not run for the rest of the year, following the grounding of all Boeing 737 MAX aircraft.

Matthew Wood is senior vice-president of long-haul commercial at Norwegian.

He says: "As the airline moves from growth to profitability, we have conducted a comprehensive review of our transatlantic operations between Ireland and North America and considering the grounding of the Boeing 737 MAX aircraft, we have concluded that these routes are no longer commercially viable.

"We take a strict approach to route management and constantly evaluate route performance to ensure we meet customer demand.

"Compounded by the global grounding of the 737 MAX and the continued uncertainty of its return to service, this has led us to make the difficult decision to discontinue all six routes from Dublin, Cork and Shannon".

He adds: "Since March, we have tirelessly sought to minimise the impact on our customers by hiring (wetleasing) replacement aircraft to operate services between Ireland and North America.

"However, as the return to service date for the 737 MAX remains uncertain, this solution is unsustainable."

The company says it is assisting customers to make sure they can still get to their destination by rerouting them onto other Norwegian services.

Customers will also be offered a full refund if they no longer wish to travel. 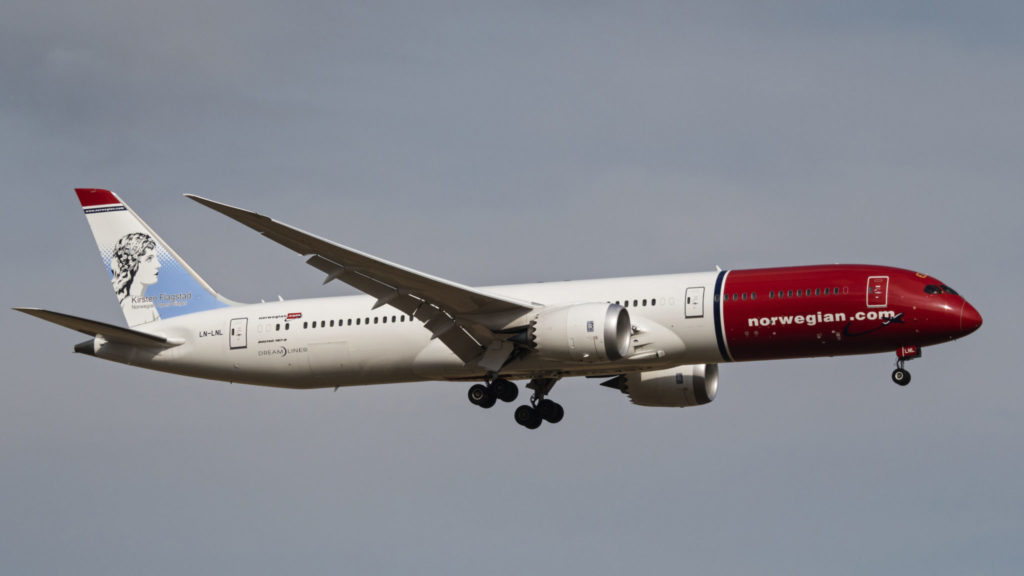 The carrier will continue to offer scheduled services from Dublin to Oslo, Stockholm and Copenhagen as normal.

Irish Travel Agents Association (ITAA) CEO Pat Dawson says: "The ITAA is extremely disappointed by the news that three transatlantic routes to Ireland are being discontinued.

"Norwegian Air has been an important part of building passenger numbers through Cork and Shannon and we would like to see continued growth in our regional airports."

"While there is plenty of choice in airline routes flying from Dublin, customers will suffer when it comes to competitiveness following the loss of Norwegian’s transatlantic routes."

The ITAA says anyone who has booked with a travel agent should contact their agent, who will manage all changes and minimise disruption to travel plans.