The US-made fleet was banned from Irish and European airspace following two fatal crashes within months of each other.

A Lion Air flight crashed shortly after take-off from Jakarta in October 2018, killing all 189 people on board.

While 157 people died - including Irish engineer Micheál Ryan - when an Ethiopian Airlines jet crashed shortly after take-off from Addis Ababa in March 2019.

But following an EASA Airworthiness Directive, the planes can fly again.

The Irish Aviation Authority (IAA) also confirmed it is now in a position to lift the suspension of operations of the aircraft into and out of Irish airspace.

This follows a package of software upgrades, electrical wiring rework, maintenance checks, operations-manual updates and pilot training on the aircraft.

This package has been developed by Boeing to address safety concerns raised by EASA.

IAA aviation regulator Diarmuid Ó Conghaile said that "the publication of this directive sets out the requirements for the MAX to return to service and any 737 MAX aircraft now meeting these requirements will be approved to operate in Irish airspace.

"EASA has conducted a comprehensive review of the measures proposed by Boeing.

"The IAA and other national European regulators have been involved in the EASA review process.

"We are satisfied that EASA’s review has been comprehensive and ensures that the aircraft is safe to return to operations in Europe." 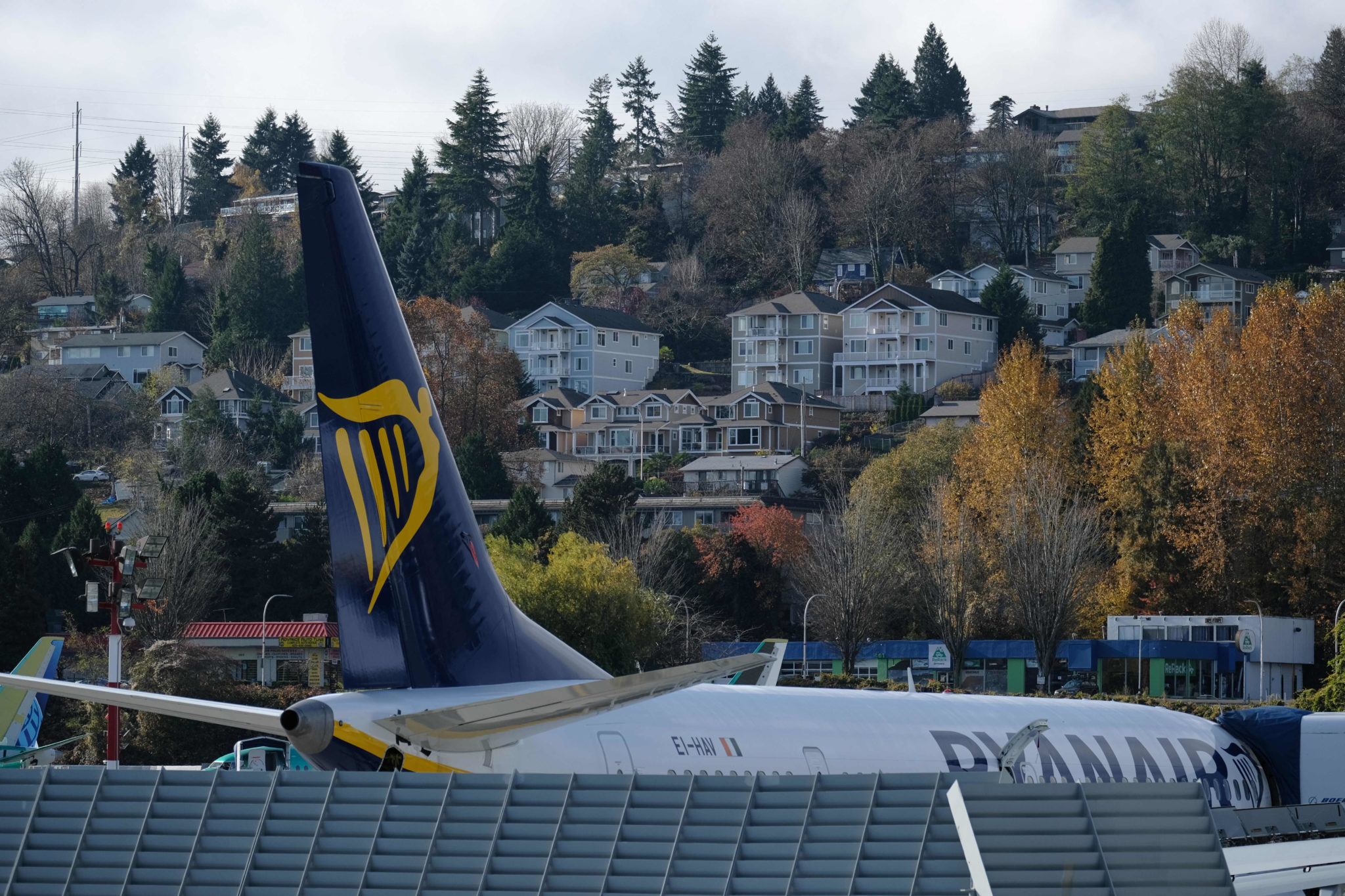 A Boeing 737 MAX jet with Ryanair imagery sits on the tarmac at the municipal airport across from the Boeing factory in Renton, Washington in November 2019. Picture by: Alex Milan Tracy/SIPA USA/PA Images

The IAA added that it will engage with airline operators to ensure that all the conditions for a return to service are met.

This increased its order for the aircraft to a total of 210, which it expected to take delivery of from early this year.

Speaking in December, Ryanair Group CEO Michael O'Leary said: "We hope to take delivery of at least 50 of these aircraft in 2021, subject to Boeing recovering its manufacturing output to deliver them.

"For as long as the COVID-19 pandemic depresses air travel, we will use these new aircraft to replace some of our older Boeing NG fleet, which will remain grounded until pre-COVID demand returns.

"But as soon as the COVID-19 virus recedes – and it will in 2021 with the rollout of multiple effective vaccines – Ryanair and our partner airports across Europe will, with these environmentally efficient aircraft, rapidly restore flights and schedules, recover lost traffic and help the nations of Europe recover their tourism industry".

But he also said the airline would have no issue if people did not want to fly on MAX planes for the first couple of months.