Northern Irish man to be charged over Essex lorry deaths

Police in Britain say three people arrested in connection with the investigation into the deaths ...

Northern Irish man to be charged over Essex lorry deaths

Police in Britain say three people arrested in connection with the investigation into the deaths of the 39 people on Wednesday have been released on bail.

All three had been questioned on suspicion of manslaughter and conspiracy to traffic people.

Meanwhile another Northern Irish man is to be charged with 39 counts of manslaughter over the discovery of the bodies in a lorry container.

Mr Robinson, of Laurel Drive in Craigavon is due to appear at Chelmsford Magistrates' Court on Monday.

He was the first of several people arrested over the incident in Essex last Wednesday.

On Saturday, a man was arrested at Dublin Port on foot of an outstanding court order for an offence.

It is not yet known when the victims entered the trailer or the exact route it travelled.

Belgian officials said the trailer arrived at Zeebrugge at 2.49pm on Tuesday and left the same day for England. 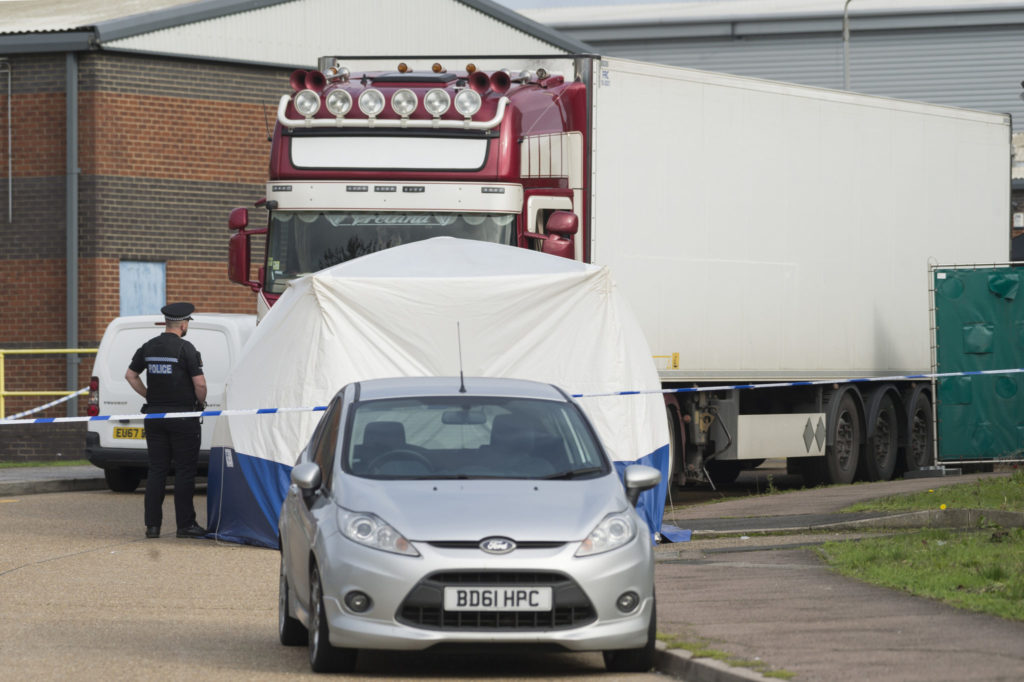 A police officer works at the scene where 39 bodies were found in a shipping container in Essex, England | Image: Ray Tang/Xinhua News Agency/PA Images

The container arrived at the Essex port at around 12.30am on Wednesday, and was picked up by a lorry cab.

The lorry left Essex shortly after 1.05am before police were called to the Waterglade Industrial Park at 1.40am.

Police initially believed all of the dead were Chinese nationals, but the force has since said it is "a developing picture", with reports the victims may be Vietnamese.

Meanwhile all of the 39 people found in the lorry have now been moved to a local hospital.

UK authorities say the process to identify them and where they are from is continuing.

"This process works in tandem to the investigative process - as we look to both identify those who have died and identify and preserve any forensic evidence so that we can achieve justice for each of these victims and their loved ones", Essex Police say.

"We are using internationally-recognised standards of identification to identify the deceased. These are known as the Interpol Disaster Victim Identification Standards." 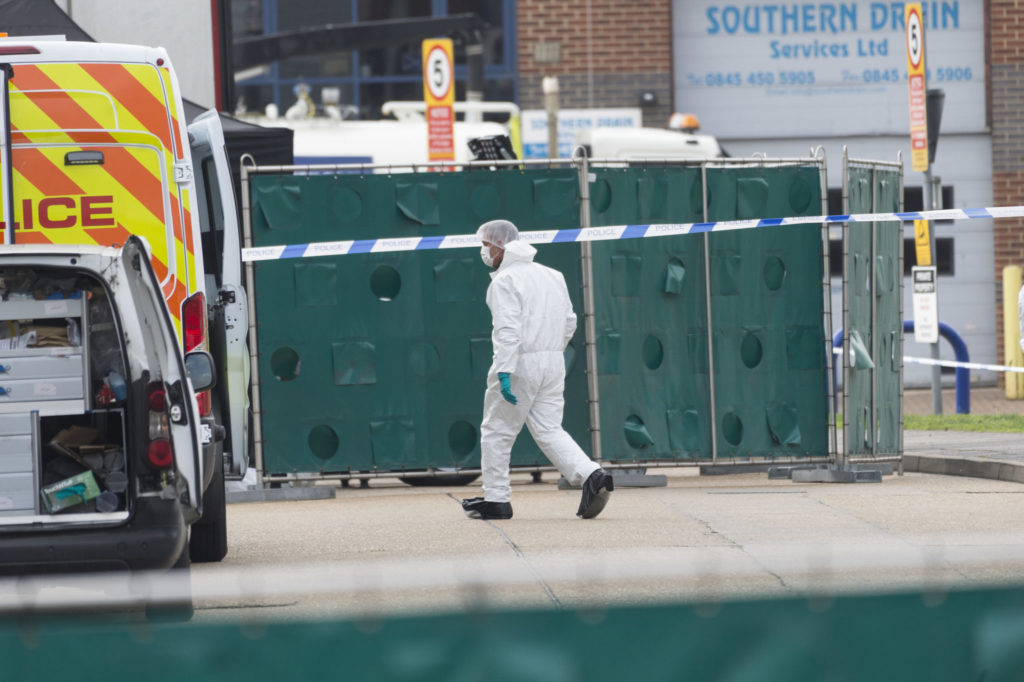 A police forensic officer works at the scene where 39 bodies were found in a shipping container at Waterglade Industrial Park in Essex, England | Image: Ray Tang/Xinhua News Agency/PA Images

Disaster Victim Identification (DVI) is an internationally-accepted term for the processes and procedures for recovering and identifying deceased people and human remains in multiple fatality incidents.

The process involves bringing together ante-mortem and post-mortem information to make a positive identification by scientific means.

Victims are identified, where possible, by at least one of the primary identification methods: dental comparison, fingerprints and DNA.

Other secondary features are also taken into consideration, such as tattoos and scars.

Other considerations can include jewellery, clothing or property.

Each of the 39 victims appeared to have a bag of some description, clothes and other belongings.

So far police have over 500 exhibits, including mobile phones, which have to be downloaded.

Detective Chief Inspector Martin Pasmore said: "We are working hard to understand how the 39 victims of this tragic incident have died and to identify all those involved.

"We remain open minded as to nationalities of those who have died. We are asking anyone who may have information that may assist us in identification to come forward to us.

"If you come to us, we will do all we can to put our arm around you and take you through this process, and establish as quickly as possible whether or not we have your loved involved in this tragic incident, and try and reunite you."