A man has been arrested in Dublin as part of an international investigation into the deaths of 39...

A man has been arrested in Dublin as part of an international investigation into the deaths of 39 people in the UK.

The man aged in his early 20s, who is from Northern Ireland, was arrested at Dublin Port on Saturday.

It was on foot of an outstanding court order for an offence.

An Garda Síochána say Essex Police has an interest in this man as part of their investigation.

Gardaí add that they continue to assist Essex Police, but do not comment on investigations carried out by other police forces.

This is the fifth arrest in relation to the discovery of 39 bodies inside a refrigerated lorry container at an industrial park in Essex on Wednesday morning.

Essex Police initially said it believed the deceased were Chinese nationals, but has since said it is a "developing picture". 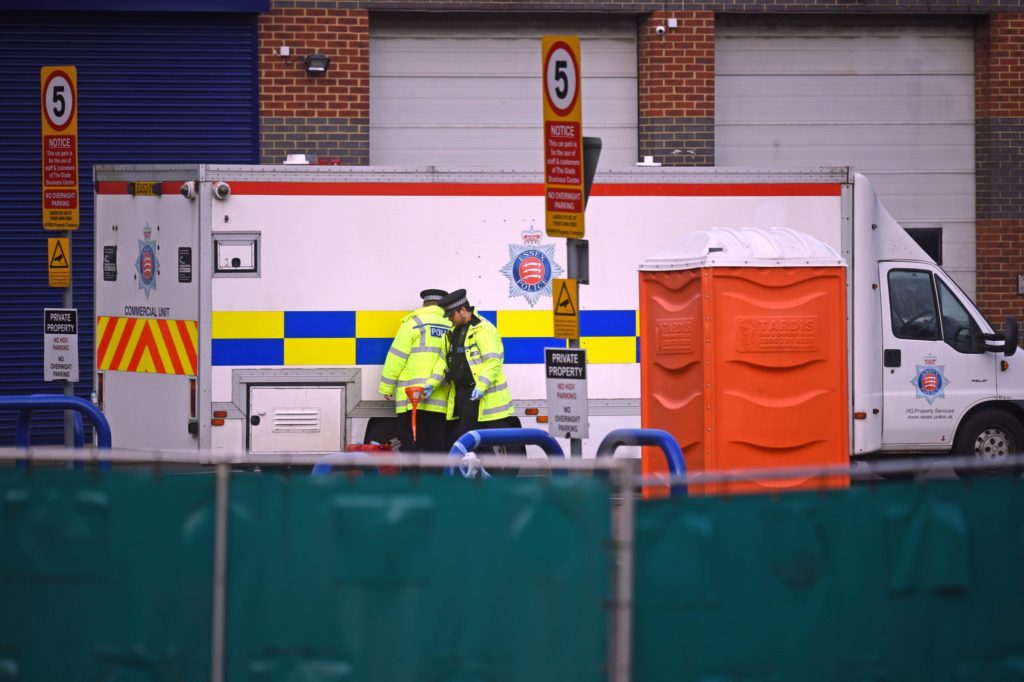 The bodies of 39 people found inside a lorry in Essex, England are transported under police escort by private ambulance from the Port of Tilbury | Image: Kirsty O'Connor/PA Wire/PA Images

China has said it cannot yet confirm the victims' nationalities or identities.

A 26-year-old Vietnamese woman is feared to be among the dead after she was identified as a possible victim by a Hanoi-based human rights group.

Tra My was identified on Twitter by Human Rights Space coordinator Hoa Nghiem, who said the young woman had sent a series of messages to her parents at around the time the container was in Essex.

A translation of the texts reads: "So sorry mom and dad. The route to abroad didn't succeed. Mom. I love you and dad so much. I am dying because I can't breathe. I am from Can Loc Ha Tinh. Vietnam. Mom. I'm very sorry."

The Vietnamese embassy in London said it had contacted police about a missing woman feared to be one of the dead.

The container was part of a convoy of three lorries, relatives of the suspected victims say.

They believe that over 100 migrants were being brought to the UK on the lorries.

Two of the vehicles are thought to have completed their trips but the third, which was carrying the deceased victims, was delayed at an unknown location.

The eventual destinations of the two other containers are not known.

Five people have now been arrested over the deaths - including three men from Northern Ireland.

A 48-year-old man was arrested at London's Stansted Airport on Friday.

A 38-year-old man and a 39-year-old woman from England were earlier arrested on suspicion of conspiracy to traffic people and manslaughter.

The lorry driver - who is from Northern Ireland - was arrested on suspicion of murder at the scene of the discovery.

It is not yet known when the victims entered the lorry container or the exact route it travelled.

Belgian authorities believe the trailer arrived at Zeebrugge, Belgium at 2.49pm on Tuesday and left for England on the same day.

The Belgian public prosecutor's office said it is "not clear" when and where victims entered the container, which is owned by Irish company Global Trailer Rental.

The lorry cab started its journey in Northern Ireland, heading to Dublin and boarding a ferry to Holyhead in north Wales - before meeting the trailer in England shortly before midnight early on Wednesday.

Global Trailer Rental said the container was rented out on October 15th.