The White House has said US President Joe Biden joins Irish and UK leaders in calling for calm in Northern Ireland.

It comes after rioters were blasted with water cannon in fresh unrest on the streets of Belfast on Thursday night.

Mr Lewis travelled to the city following riots across the region that have involved children as young as 12 - and left 55 police officers injured.

US Press Secretary Jen Psaki said the administration of President Biden was concerned by the violence, "and we join the British, Irish and Northern Irish leaders in their calls for calm".

Police have called it the worst unrest in years.

On Thursday night, trouble flared again when stones and fireworks were thrown at police by youths on the nationalist Springfield Road, close to the scene of Wednesday's riots.

Water cannon was deployed after warnings to disperse were ignored and people continued to throw missiles. 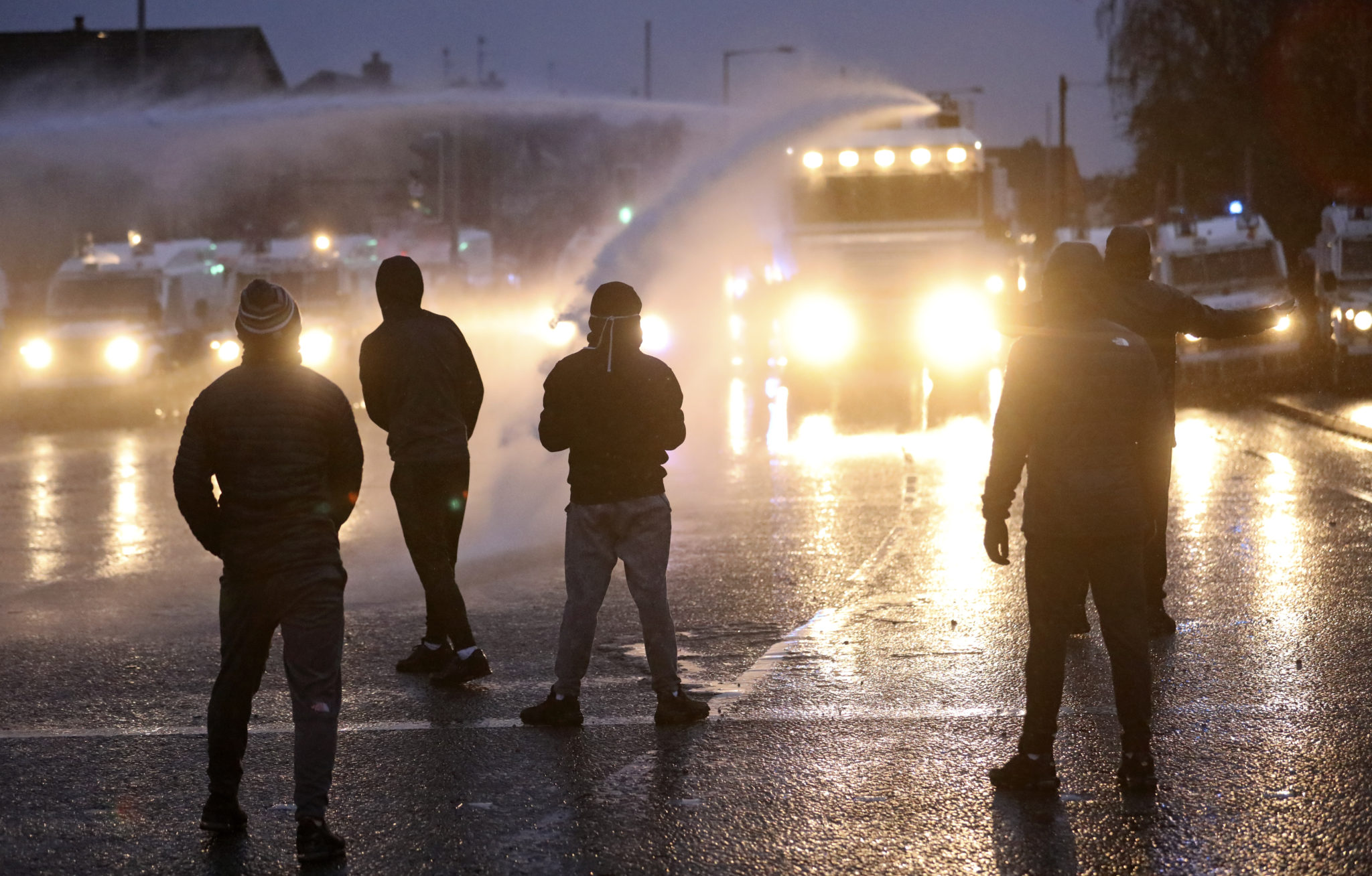 PSNI use water cannon at youths as they block a road near a 'peace wall' in west Belfast, Northern Ireland on April 8th, 2021. Picture by: Peter Morrison/AP/Press Association Images

Taoiseach Micheál Martin and British Prime Minister Boris Johnson called for calm after they spoke over the phone on Thursday about the unrest.

Earlier in the day, the Northern Ireland Executive's five parties united to condemn the "deplorable" riots.

The violence came amid tensions over the Northern Ireland Protocol, part of the Brexit deal struck by the UK and the EU that has created what some see as a border in the Irish Sea.

There is also anger over the police announcing they will not prosecute anybody for attending Bobby Storey's funeral last June, which allegedly breached COVID-19 restrictions on public gatherings.

The North's Deputy First Minister, and Sinn Féin vice-president, Michelle O'Neill told Newstalk on Thursday that unionist paramilitary groups such as the UDA and UVF still exist, despite there being 'no rhyme or reason' why they should 23 years after the Good Friday Agreement.

She said: "These groups are the heart of sending youngsters as young as 13 out onto the streets to do their bidding.

"The vast majority [of those young people] don’t even know what they're out on the streets for."

"In terms of the politics of all of this, I think much of the violence is being orchestrated by paramilitary elements - probably on the fringes of loyalist paramilitarism.

"Groups like the South-East Antrim UDA, I understand that the UVF may have been involved last night in west Belfast in orchestrating some of the violence.

"So clearly there are those who are seeking to use the undoubted anger that there is at the moment, certainly in unionist circles, about things that have been happening at the political level."