He was speaking after another night of violence in the region, which saw a bus hijacked and set on fire in Belfast.

The Taoiseach Micheál Martin has appealed for calm, and condemned the attacks.

"The only way forward is to address issues of concern through peaceful and democratic means.

"Now is the time for the two governments and leaders on all sides to work together to defuse tensions and restore calm", Mr Martin said.

While Mr Donaldson told Pat Kenny there is no justification for it.

"What I won't be doing, Pat, is justifying this violence... taking to the streets - whatever ones motivation - and engaging in the kind of violence we have seen is not the answer to anything.

"And what we witnessed last night was an attempted murder of a bus driver with petrol bombs thrown into his bus.

"Anyone who seeks to justify such action really doesn't understand the enormity of the impact that this has in terms of its negative portrayal of Northern Ireland, and of course the threat to life and the risk to life.

"In terms of the politics of all of this, I think much of the violence is being orchestrated by paramilitary elements - probably on the fringes of loyalist paramilitarism.

"Groups like the South-East Antrim UDA, I understand that the UVF may have been involved last night in west Belfast in orchestrating some of the violence.

"So clearly there are those who are seeking to use the undoubted anger that there is at the moment, certainly in unionist circles, about things that have been happening at the political level.

"They're seeking to use that, exploiting it, to put young people out on to the streets: young people who sadly will gain a criminal record, their lives will be blighted by a few hours of madness on the streets. 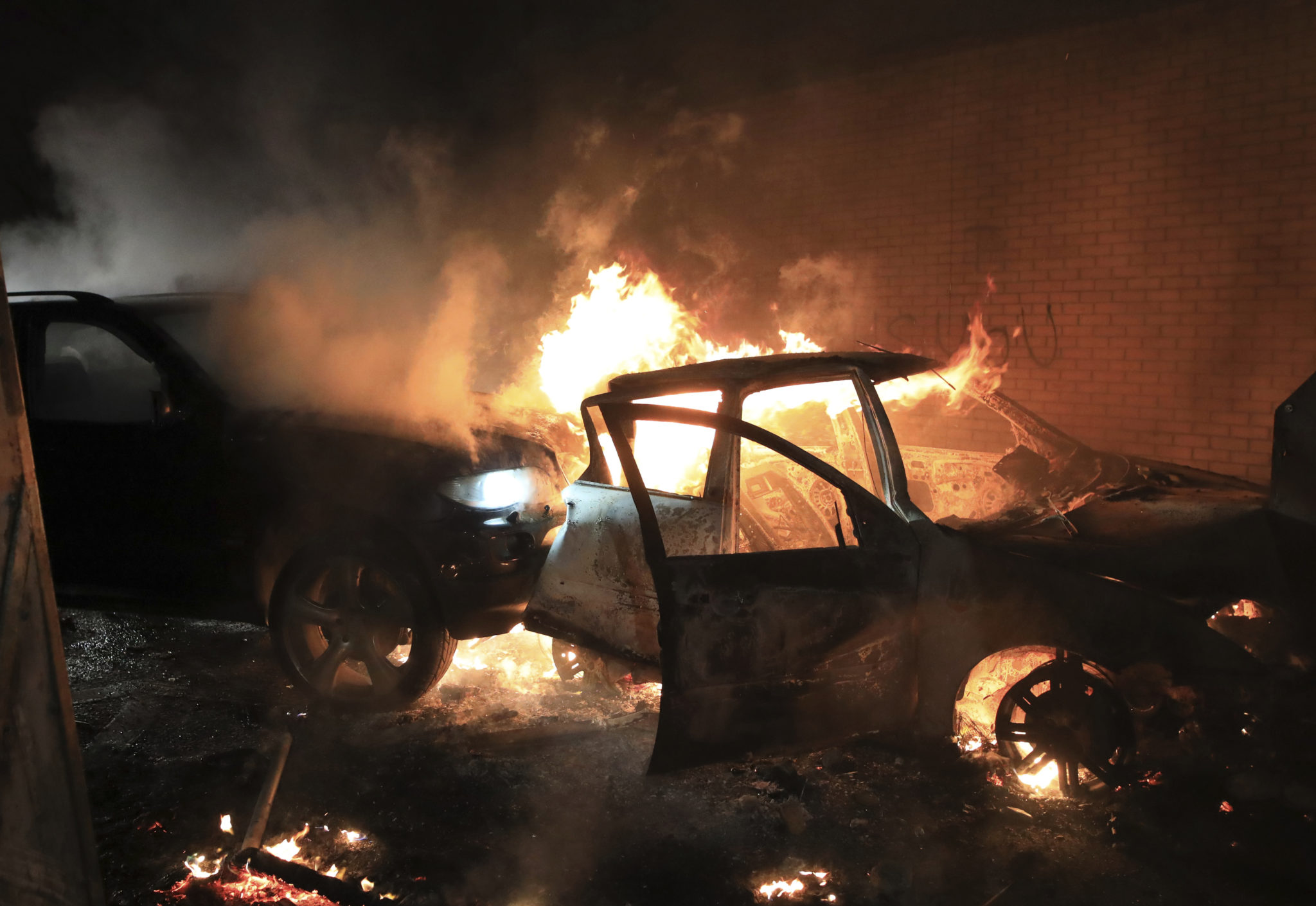 "But the paramilitary godfathers behind this really don't care; they will exploit these young people for their own ends".

Mr Donaldson said it is important that any such issues are dealt with politically.

"Those of us who are involved in politics need to make politics work, we need to be able to show that politics can deliver.

"There are genuine concerns, but politics is the way to address them - and it's certainly not violence on the streets".