Police in west Belfast have deployed water cannon against rioters, as tensions continue in the ci...

Police in west Belfast have deployed water cannon against rioters, as tensions continue in the city.

Youths have been throwing fireworks and other objects at PSNI officers in the Springfield Road area.

However, attempts by protesters to barricade one street were disrupted by other locals who took away burning pallets.

The recent disorder in Belfast has been described as the worst unrest in recent years. 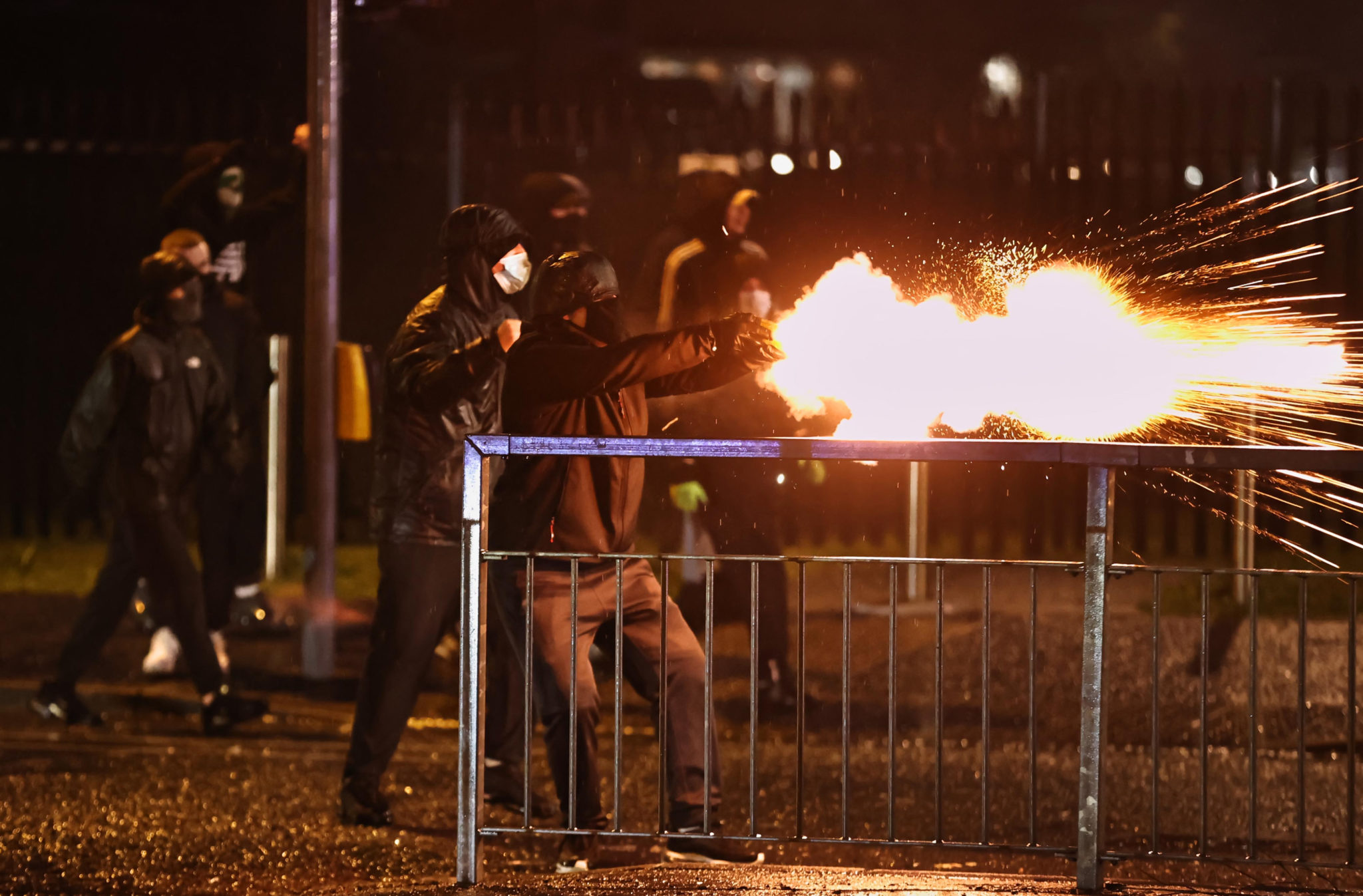 "This needs to stop now before lives are lost."

Northern Ireland Secretary Brandon Lewis has been in talks with the Assembly parties and community leaders today.

Main image: The PSNI use a water cannon on the Springfield road, during further unrest in Belfast. Picture by: Liam McBurney/PA Wire/PA Images