Like Rooney’s Normal People, Conversations With Friends is likewise set in Dublin and focuses on the life of a Trinity student with a tangled web of personal relationships.

Protagonist Frances begins a relationship with married man Nick - played by actor Joe Alwyn - and the series explores the complexities of love, friendship and polygamy.

“I’ve just never been party to them.”

The series is produced by the same team who filmed Normal People and director Lenny Abrahamson said that they originally flirted with the idea of making Conversations With Friends into a film:

“It was being developed as a feature [film] but it was sort of hard to crack as a feature and then Normal People came out and we looked at it and it was so kind of directly episodic,” he recalled to The Anton Savage Show.

“Like when you read the novel, it switches between the two characters and the ebbs and flows of their relationship and it really felt like television.” 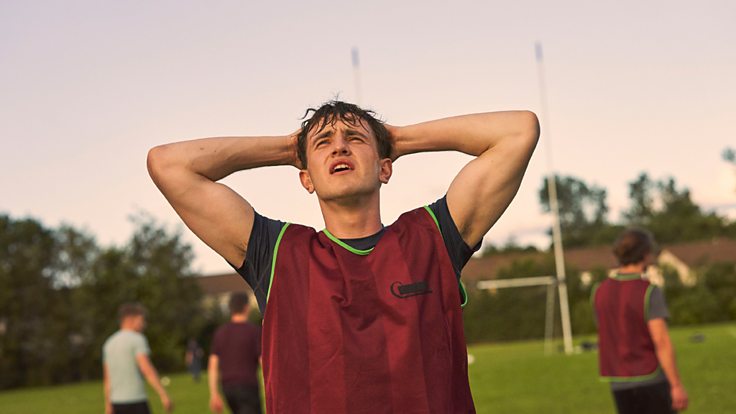 Paul Mescal as Connell in Normal People. Picture by: BBC

However, such was the triumph of Normal People - which was streamed over 60 million times on BBC iPlayer alone - that they decided to stick with the TV format:

“We came out the other side and decided, ‘Oh that’s how it works with Sally’s writing. That’s a much better shape.’

“And so we went back to Conversations With Friends and went back to Sally, went back to the BBC and HULU and everybody and said, ‘Look, we think this should be a TV series.’”

Shooting was spread over 135 days, cast and crew often worked intense six day weeks and the result is 12 half hour episodes.

The book was Rooney's debut and an instant bestseller; actress Sarah Jessica Parker posted on Instagram, "This book. This book. I read it in one day. I hear I’m not alone.”

In the US alone 121,000 copies were sold and fans across the world are eagerly awaiting the TV version of one of the most popular Irish novels in modern times.