New figures have revealed details of the settings where 572 coronavirus clusters were recorded in...

New figures have revealed details of the settings where 572 coronavirus clusters were recorded in Ireland last week.

There's been a significant increase in the number of outbreaks in private homes, according to HPSC data.

There were 443 clusters reported in private houses in the week up until last Saturday, compared to 320 the previous week.

11 outbreaks were reported in hospitals last week, compared to eight the previous week.

There was also a slight increase in workplace clusters - 15 last week, up from 11. 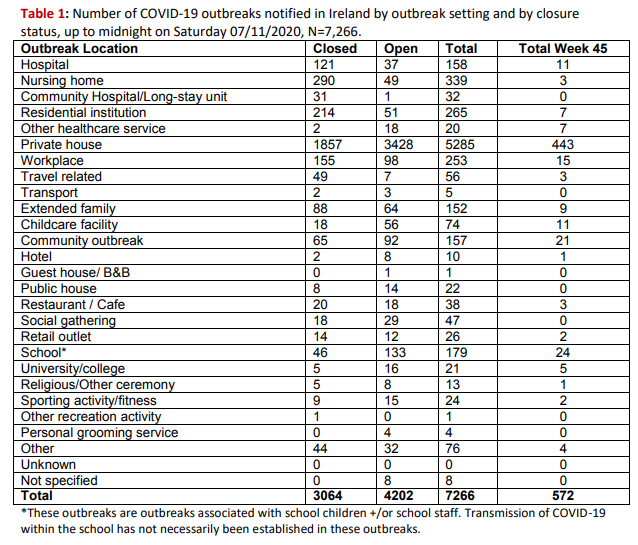 Three travel related clusters were also reported, up from zero.

However, there was a slight decrease in the number of outbreaks associated with schools and universities.

Elsewhere, the figures show there was one outbreak in a meat / fish processing plant last week.

Four clusters were reported in businesses associated with the construction industry.

Two outbreaks were reported in direct provision centres, two among the Roma community, and three among the Irish Traveller community.

The latest case numbers released last night showed that the 14-day incidence rate in Ireland stands at 152 cases per 100,000.

Revealed: Where coronavirus cases are coming from