The family fear Natalie's killer may have fled across the border.

The parents of a pregnant woman who was murdered in County Armagh last month say they are living in a nightmare.

32-year-old Natalie McNally was killed in her home in Lurgan on December 18th – a month ago tomorrow.

She was 15 weeks pregnant with a baby boy when she was stabbed, beaten and strangled.

Police believe she was murdered by someone she knew and was comfortable letting them into her home.

Nobody has been charged with her murder and the killer is still at large. Three people have been arrested so far – but all were released pending further inquiries.

In an exclusive interview with Newstalk, her parents Bernadette and Noel McNally said Natalie was happy and content and really looking forward to becoming a mother.

“This was going to be the best ever year,” said Bernadette.

“We have no grandchildren and everybody will tell you we love young children like, so this was going to be a great year – the best year ever.”

“I had never seen her as content in my life, you know, being pregnant and with her boyfriend and all her plans made out for the future.

“Then some monster came and took it all from her.” They said they are living in a nightmare – and are terrified her killer will never be caught.

“Natalie’s three brothers and all her friends and relations are all devastated about this and heartbroken,” said Noel.

“We worry now, you have to say, ‘my God are they going to get away with this?’” said Bernadette. “You hear sometimes that does happen.”

“That’s what goes through my mind all the time – that this nightmare will never end.

Natalie’s 32-year-old boyfriend and father of her unborn baby was arrested by police investigating her death; however, he was later released and is not a suspect.

Her family say he is “devastated and traumatised” by what has happened.

A second man, also aged 32, was arrested on the 21st of December, he was later released pending further inquiries.

Meanwhile, a 46-year-old man was arrested last Friday in the South Belfast area, he was also released pending further inquiries. 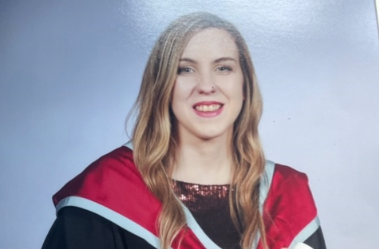 The couple describe their daughter’s killer as a “monster” and are pleading to anyone with any information to come forward.

Speaking directly to Natalie’s killer, Noel said: “I would say, you have to give yourself in.”

“Give yourself in and explain why you have done this to this young girl. You’re breaking our hearts not knowing why you’ve done this.

“We just beg you to give yourself up to the police.

“Or if anyone knows who they are, whether it is a family member of a friend – they shouldn’t be holding loyalty to this person. This is an absolute monster that would do this to a wee girl.”

The family now fear that Natalie’s killer may have fled across the border.

“He could have fled to any part of Ireland or even over the border,” said Noel.

“We just beg you to give yourself up to the police.

“Or if anyone knows who they are, whether it is a family member of a friend – they shouldn’t be holding loyalty to this person. This is an absolute monster that would do this to an innocent wee girl.”

Bernadette said the killer needs to be taken off the streets.

“He doesn’t belong in society like and it is just a nightmare,” she said.

“People that know this person. They don’t know what this person has done to our family and friends.

“They have devastated so many lives.”

Anyone with any information is urged to contact either the PSNI or Gardaí.

You can listen back to the full interview with Bernadette McNally and Noel McNally here: