MEPs have ratified the Brexit Withdrawal Agreement ahead of the UKs exit from the EU on Friday. T...

MEPs have ratified the Brexit Withdrawal Agreement ahead of the UKs exit from the EU on Friday.

The vote was a formality after the deal was signed by the heads of the European Commission and European Council last week.

It was ratified by a margin of 621 votes to 49 in the European Parliament this evening.

Ahead of the vote, the First Vice-President of the European Parliament Mairead McGuinness told off pro-Brexit MPs for waving British flags after Nigel Farage made what may be his final speech.

The Irish MEP urged the MEPS to "put your flags away, you're leaving” before urging them to “take them with you if you're leaving now."

European Commission President Ursula von der Leyen said she wanted to "forge a close partnership" with the UK after Brexit.

"The Withdrawal Agreement is only the first step," she said.

"From now on it's about our new partnership with the United Kingdom. The negotiations are about to start – and just to be very clear, I want the European Union and the United Kingdom to stay good friends and good partners.

"The story is about old friends and new beginnings and we have a lot in common."

She finished by saying: "We will always love you and we will never be far, long live Europe."

During his speech, Mr Farage said the UK was "never coming back."

The vote was likely to be one of the British MEPs last acts as European representatives. They are set to lose their seat after Friday. 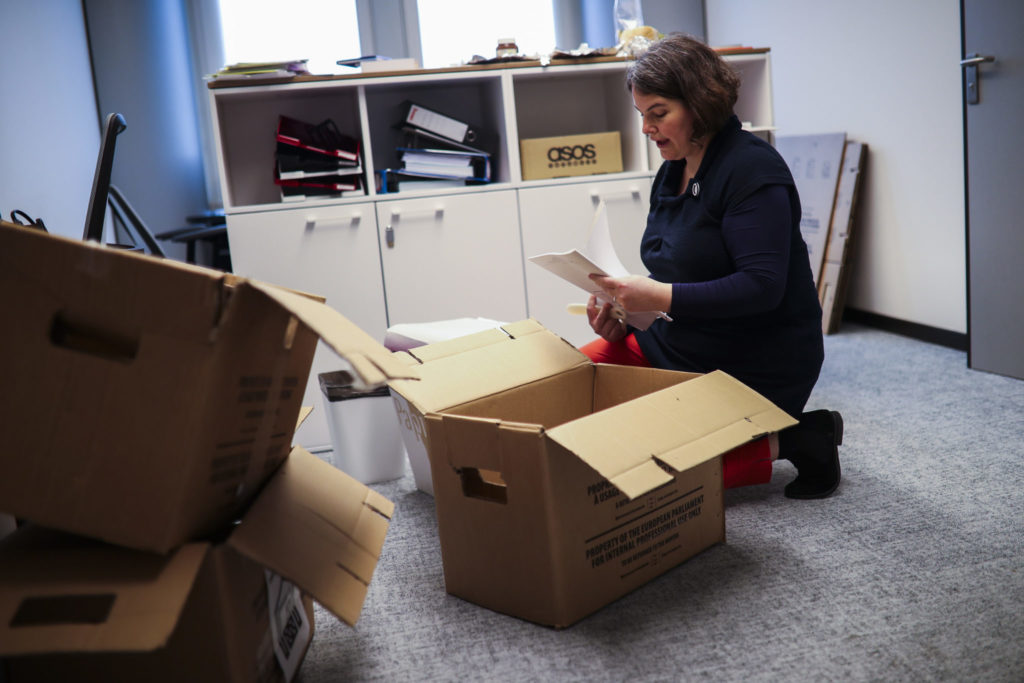 British European Parliament member of the Group of the Progressive Alliance of Socialists and Democrats, Judith Kirton-Darling, packs her belongings at her office at the European Parliament in Brussels | Image: Francisco Seco/AP/Press Association Images

Speaking with the EU's chief Brexit negotiator Michel Barnier in Dublin in Monday, Taoiseach Leo Varadkar said: "On February 1st the people of Ireland will wake up to a new day.

"There will be no hard border between the North and South, the Common Travel Area will remain in place, and the rights of citizens' will be protected.

"There will be a transition period allowing us time to negotiate a new partnership with the United Kingdom.

"It is going to be very challenging - time is short.

"And the negotiating mandate will be agreed at the European Council in March.

"But we're up for it. And we agreed that it's as important as ever that we enter the next phase united and in a positive spirit. And we do. 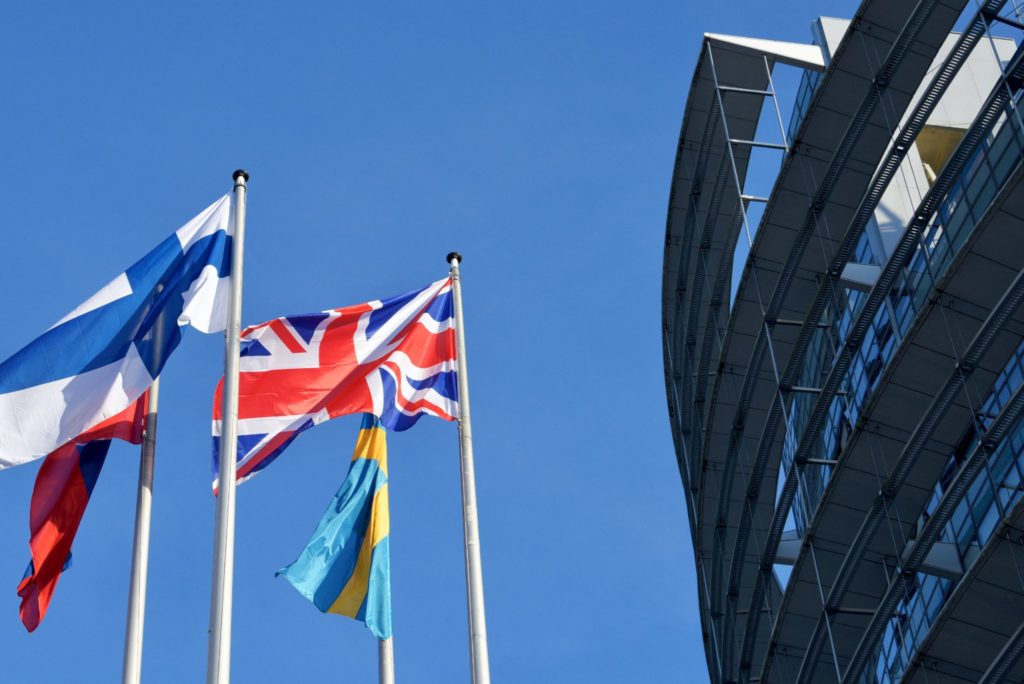 The British flag flies outside the European Parliament in Strasbourg. Reports say it will be put on display in a museum after the UK leaves the bloc | Image: Roses Nicolas/ABACA/ABACA/PA Images

He added: "On Friday, the UK is leaving the European Union.

"We'll say goodbye to an old friend embarking on an adventure. We hope it works out for them.

"But if it does not there will always be a seat kept for them at the table."

After the UK leaves on Friday, it will enter a 'transition period' until the end of this year.

The UK and EU are aiming to negotiate a trade agreement by the time the transition period ends.