The Brexit Withdrawal Agreement, which will see Britain leave the bloc next Friday, has been sign...

The Brexit Withdrawal Agreement, which will see Britain leave the bloc next Friday, has been signed by the European Commission President Ursula von der Leyen.

The extensive document was also signed in Brussels by President of the European Council, Charles Michel.

It is the latest step in ratifying the deal, after it became law in the UK on Thursday.

The agreement comfortably passed the UK House of Commons earlier this month.

Tweeting about the signing, Mr Michel said: "Things will inevitably change but our friendship will remain. We start a new chapter as partners and allies."

Things will inevitably change but our friendship will remain. We start a new chapter as partners and allies.

The Constitutional Affairs Committee of the European Parliament also agreed on Thursday to recommend that the parliament approve the withdrawal terms.

MEPs voted in favour of a positive recommendation for the deal - with 23 votes for, three against and no abstentions.

The vote took place after a statement by committee chair Antonio Tajani and a discussion between the parliament's Brexit coordinator Guy Verhofstadt and political group coordinators.

The debate focused on parliament's contribution to protecting citizens' rights in the context of Brexit - as well as the steps that should be taken by the UK and EU27 governments to continue protecting these rights during the transition period and beyond.

The discussion also addressed the overall impact of Brexit and the future relationship between the EU and the UK, which is going to be the objective of the future negotiations.

The document now goes to the European Parliament for ratification. 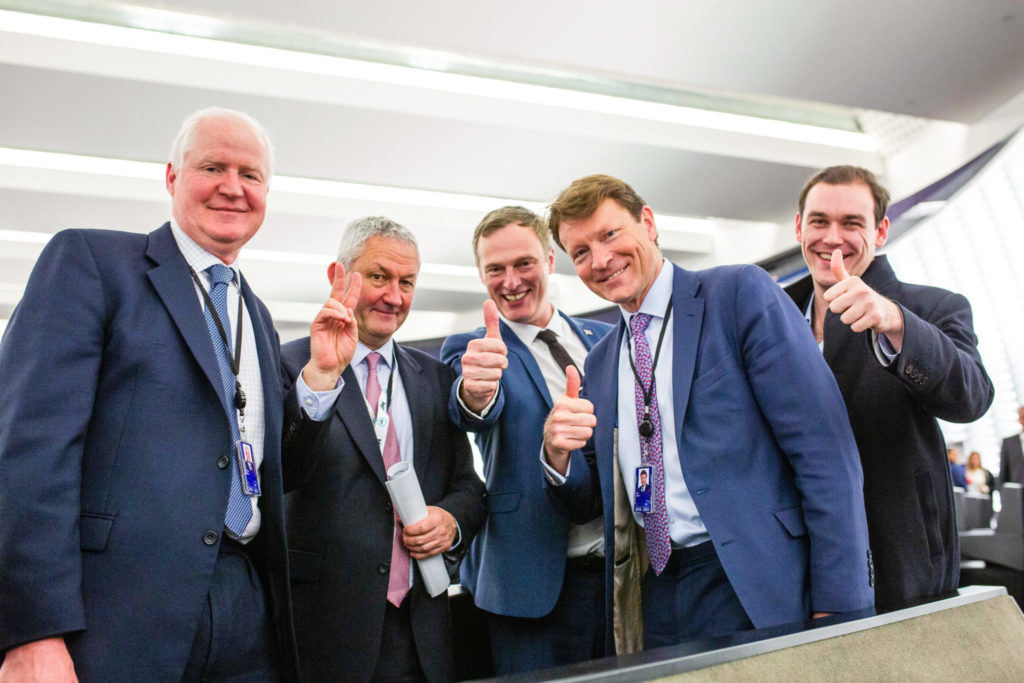 UK MEPs will be able to participate in this vote, which is likely to be one of their last acts as MEPs.

They will lose their seats on exit day.

Final approval comes from the European Council, which is expected to be by a written procedure.

The vote will be by 'reinforced qualified majority', which requires 72% of members states - representing at least 65% of the population - to approve the deal.

This effectively means that representatives of at least 20 of the 27 member states will be required to approve it.

With Brexit set to go ahead as planned next week, the UK would then enter a 'transition period' until the end of this year.

The UK and EU are aiming to negotiate a trade agreement by the time the transition period ends.

May: Britain needs a further extension to Brexit