A major Garda operation is under way across the country to ensure people adhere to COVID-19 restr...

A major Garda operation is under way across the country to ensure people adhere to COVID-19 restrictions this St Patrick's Day.

More than 2,500 Gardaí will be on duty nationwide to clamp down on large gatherings and non-essential travel.

There will be high visibility patrols and checkpoints, with people being urged to stay at home and avoid house parties.

Public order units have been deployed to various parts of Dublin where Gardaí say multiple protests are being planned on social media by "disparate groups" in different locations in the city centre.

In line with public health advice, An Garda Síochána is asking people not to organise or attend such protests.

A large number of Garda personnel will be in place supported by the dog unit, mounted unit, air support unit and public order unit.

The public is being advised to avoid any non-essential journeys to the city today, as restrictions and cordons will be in place.

We would encourage the public to refrain from any non essential journeys into Dublin city centre today. #StaySafe pic.twitter.com/ENQ0q5MPoa

However, former Garda Assistant Commissioner Pat Leahy does not expect big numbers at the demonstrations.

Speaking to Newstalk Breakfast, he believes the Gardaí will be more than sufficiently prepared to deal with any protests or gathering of crowds today.

With the nice weather forecast for today, he added that while the force could be "stretched", 2,500 officers "is an awful lot".

During previous years when parades took place, extensive policing plans would have been executed so this year is no different, Mr Leahy said.

"Historically, it's a challenging day for policing anyway but I do think they'll have enough resources out, they're well structured at the moment," he explained.

"There's a very good plan in place and if we focus on Dublin, because that's where the protests are due to take place, I can't imagine we're going to see a protest take place, I think there'll be very small numbers at them.

"I think the Gardaí will be well capable of policing that.

"I think they're going to be very proactive starting very early this morning and I think it will be difficult to get into the city without a legitimate excuse.

"So I think the Gards will be well ready for this, the plan is in place." 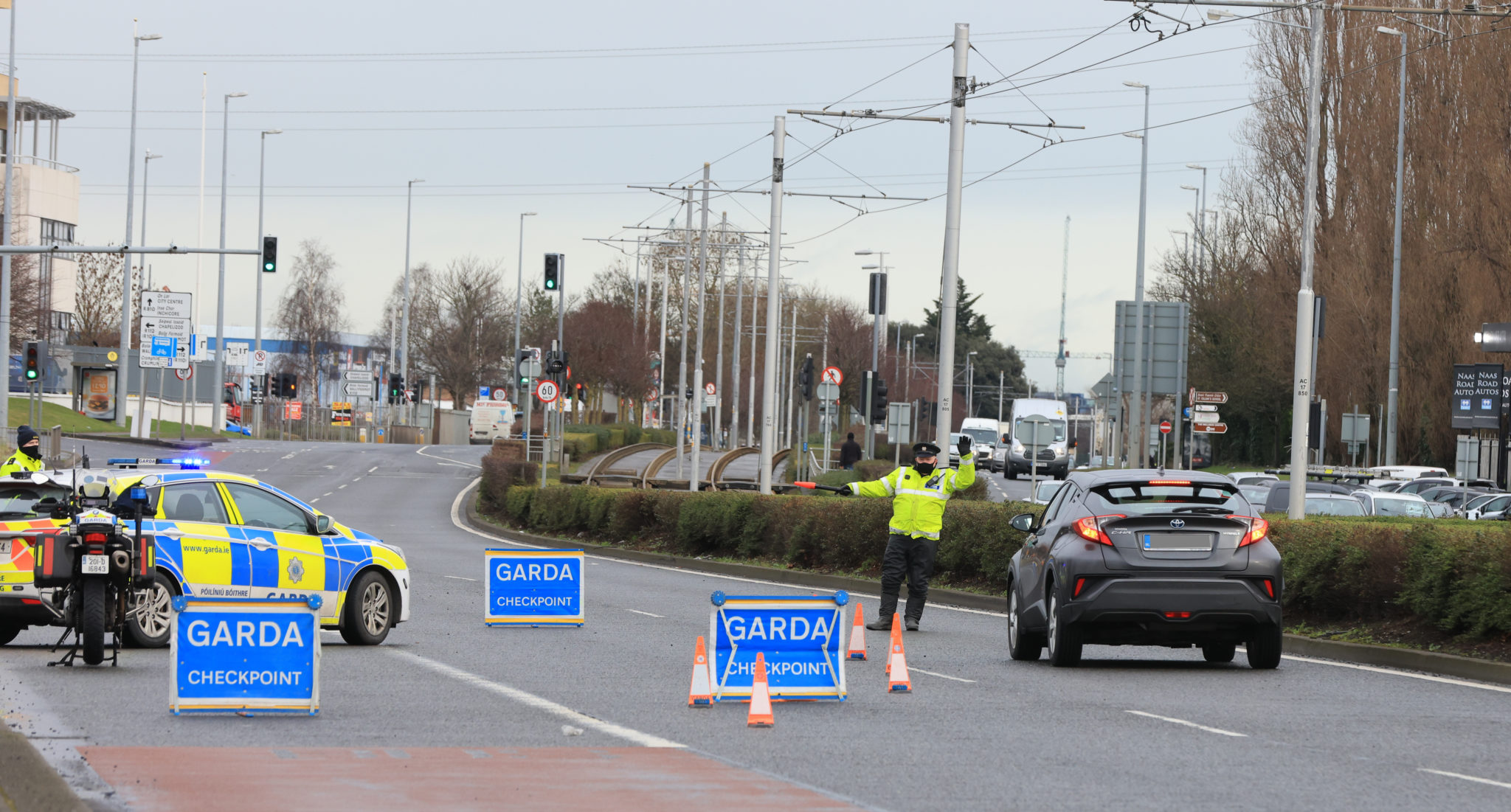 File photo of a Garda checkpoint for traffic on the Naas Road in Dublin. Picture by: Eamonn Farrell/RollingNews.ie

Mr Leahy added that there will be extensive communication between public transport authorities and the Gardaí to ensure that groups of people are not heading into Dublin city with a lot of alcohol.

The force and other stakeholders in the city "like to protect it from adverse publicity" and "nobody wants to be here at 6 o'clock this evening looking at violence on the streets in Dublin", he said.

He said such plans to prevent public disorder on St Patrick's Day have been in place for years and have been very effective in protecting the city and its inhabitants.

With regard to the various protests planned in Dublin today, Mr Leahy they will not be "that well structured" to come together and join forces into one large demonstration.

"The reason for protesting is different in some cases and I don't think they'll have the capacity like that to combine in large numbers.

"But I think the Gards are out already this morning, I think they're going to be very proactive, I think alcohol may not be an issue for them today."

He commended publicans for their continued adherence to protocols over the years aimed at limiting the sale of alcohol, as well as off-licenses this year who will not open until 4pm in the city today.