More than 2,500 Gardaí will be on duty across the country this St Patrick's Day. The force says ...

More than 2,500 Gardaí will be on duty across the country this St Patrick's Day.

The force says it will be engaged in a 'wide-range of activity' to support public health measures.

This includes high visibility patrolling, checkpoints for non-essential travel and people exercising outside 5km of their home.

It says both drivers and adult passengers found to be in breach of the non-essential travel can be fined.

This is also the case for adults in groups undertaking activities such as cycling or walking - every adult in such a group can be fined.

While Gardaí say multiple protests are being planned on social media by "disparate groups" in different locations in Dublin city centre, which will require a significant policing operation.

In line with public health advice, in the first instance, An Garda Síochána is asking people not to organise or attend such protests.

A large number of Garda personnel will be in place supported by the dog unit, mounted unit, air support unit and public order unit.

The public are being advised to avoid any non-essential journeys to the city centre on Wednesday, as restrictions and cordons will be in place. 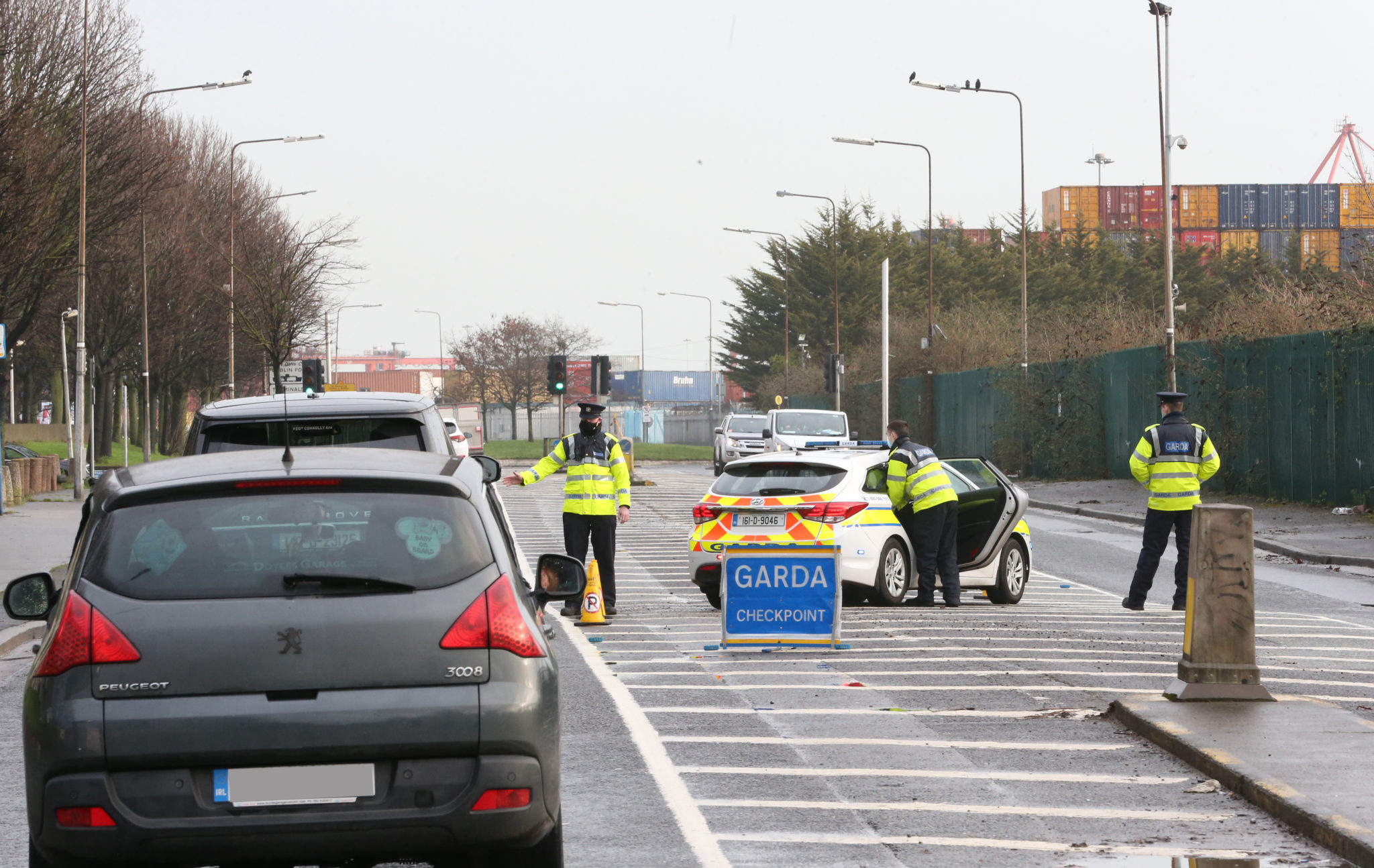 There will also be checkpoints on arterial routes into the city, and checks on public transport.

Deputy Commissioner for Policing and Security, Anne Marie McMahon, said: "While it won't be a normal St Patrick's Day, we can still all enjoy the day safely at home.