Irish woman Lisa Smith and her baby are in the custody of Turkish officials. The Dundalk woman tr...

Irish woman Lisa Smith and her baby are in the custody of Turkish officials.

The Dundalk woman travelled to Syria three years ago to join the so-called 'Islamic State' group.

Last week, it was reported that the Department of Foreign Affairs was in the process of finalising identity papers and travel documents for the mother and child, who are both Irish citizens.

A group of UN human rights experts, including the special rapporteur on the promotion and protection of human rights Fionnuala Ní Aoláin, have called on Turkey to ensure the safety and security of Ms Smith and her child.

They were transferred to Turkish custody following the bombing of the Ain Issa displacement camp in north-east Syria in recent weeks.

However, their exact whereabouts are unknown.

The UN experts have expressed concern that Ms Smith may face "ill-treatment in custody" and strongly recommend she is given consular assistance and that she and her infant daughter are protected against any abuse while detained. 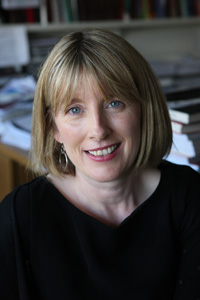 "There are grave concerns about the physical and mental health of Ms Smith and her daughter", they said.

"The vulnerability of this infant is particularly worrying and there is a compelling obligation to protect her well-being in accordance with the Convention on the Rights of the Child to which Turkey and Ireland are both parties," the experts said.

They also urge that the basis for any detention to "be clarified", and call for access to adequate legal counsel.

The experts underscore the need for a thorough individual evaluation of the pair, in compliance with international human rights law - including attention to any gender-based violence and persecution against women who return from Syria and Iraq.

They also stress the need to recognise that women and children associated with ISIS may have been subjected to serious human rights violations and gender-based violence.

The Taoiseach Leo Varadkar has previously said Ms Smith has a right to return to Ireland - but he made clear that investigations into her activities will have to be carried out on her return.