A Ukrainian member of parliament says some people in Bucha were taken from the basements of their homes and never came back.

It comes as Ukraine's President Volodymyr Zelenskyy has vowed to identify Russian troops behind alleged war crimes, saying that Moscow "cannot deceive the whole world" despite its attempts to "distort the facts".

Russian soldiers have been accused of carrying out "genocide" amid evidence of mass graves and torture as Kremlin forces pull back from Kyiv.

More than 300 bodies have been discovered in the town of Bucha, around 10 kilometres from Kyiv, including those of four people who had their hands tied behind their backs in the basement of what was a children's holiday camp. 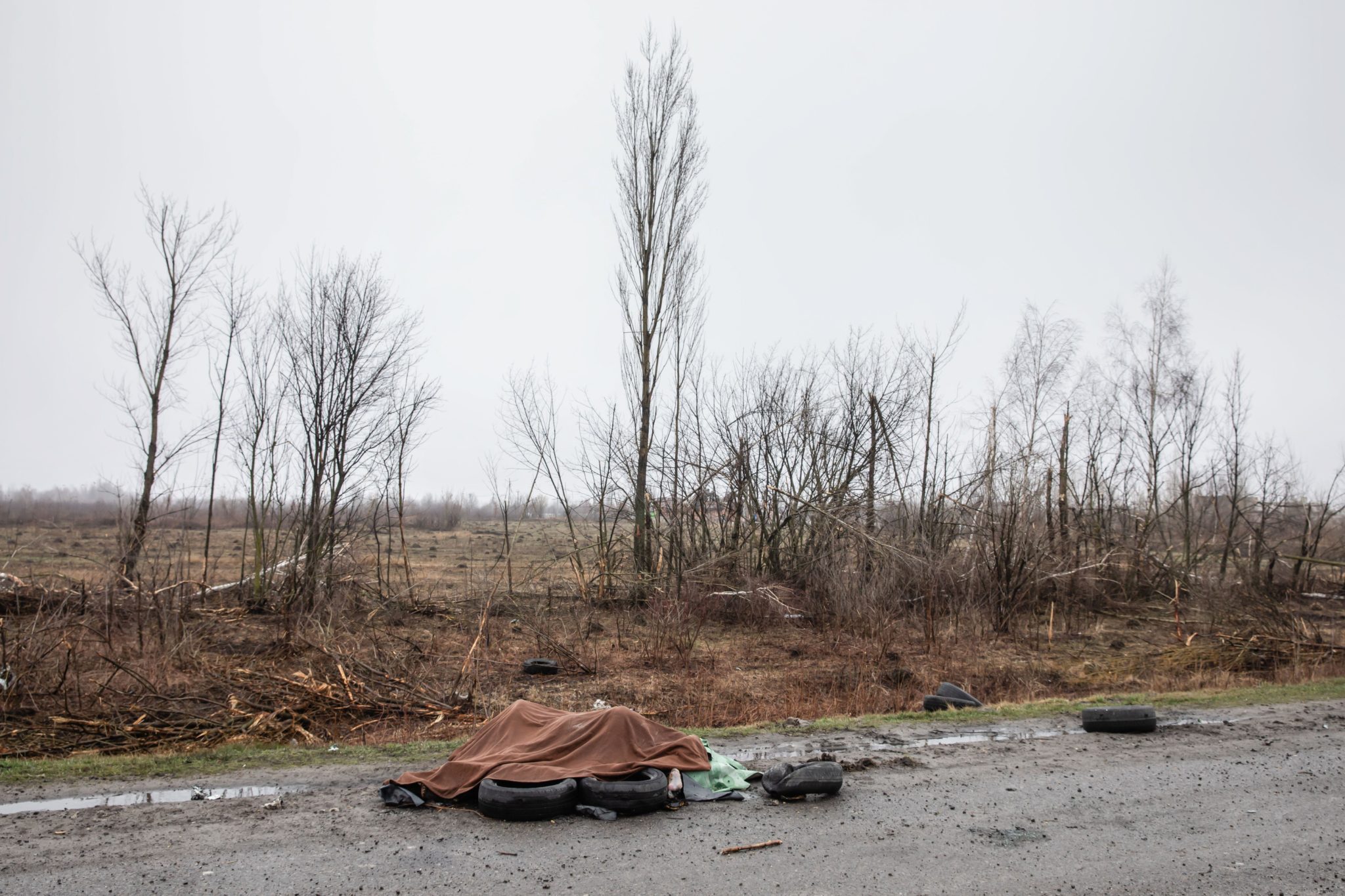 Dead civilians are seen on the sidelines of a motorway under a blanket in Bucha near Kyiv, Ukraine on April 2nd 2022. Picture by: SOPA Images Limited/Alamy Live News

Giving a presidential address, Mr Zelenskyy said that civilians in liberated areas of the Kyiv, Chernihiv and Sumy regions had been subjected to treatment "not seen even during the Nazi occupation 80 years ago".

While the European Union has set up a Joint Investigation Team with Ukraine to collect evidence and investigate war crimes.

"The EU is ready to reinforce this effort by sending investigation teams on the ground", European Commission President Ursula von der Leyen said on Monday.

Volodymyr Tsabal is a Ukrainian MP from Bucha. He told Newstalk Breakfast the scenes are unimaginable.

"It's completely devastated. So the death toll, we are still counting, but it's already hundreds.

"I don't want to tell exact numbers, but it's hundreds.

"We are still collecting the bodies from the streets."

And he says many houses have also been levelled.

"There is destruction of the buildings, the houses.

"For example on my street, on which I live, there are 30 private houses and most of them are fully devastated.

"And you see a lot of garbage, a lot of of military equipment destroyed.

"So it really looks like it's the 1940s - so I would never imagine that that could happen in the 21st century".

'Killed because of their nationality'

Asked if he shares his president's view that this was genocide, he says: "I don't know other reasons why these people were killed than because they were Ukrainians.

"If that counts, because they were killed because of their nationalities, one can say that yes - that was genocide.

"When you see the way they were killed - there were many people in basements tortured, people on the streets.

"And then based on the testimonies that I get, because I was in daily contact with my neighbours that remained in the cities.

"They were telling all the horrible stories during the previous month: this story just revealed to the world a couple of days ago.

"But that was happening during the whole month of March.

"Based on these stories, so it was horrible - people were hiding, they were sitting in the basements.

"Some of the people were just taken from their homes and then they never came back.

"That is something that is hard to describe in words".

Remembering his home town, he says: "It was very green, very calm, I would say very pleasant to be there.

"So if someone told me 40 days ago what would happen with this city, so I would never believe.

"It was really [a] very pleasant place.

"Everyone can imagine, like in most of the European capitals, you have these kind of belt of nice cities next to the capital".

Main image: A destroyed car seen on a motorway in Bucha near Kyiv, Ukraine on April 2nd 2022. Picture by: Sipa USA/Alamy Live News