Minister for Foreign Affairs Simon Coveney has described his visit to the Ukrainian city of Bucha...

Minister for Foreign Affairs Simon Coveney has described his visit to the Ukrainian city of Bucha - the scene of alleged Russian war crimes - as “quite harrowing”.

After the wealthy city on the outskirts of Kyiv was liberated by Ukrainian forces, officials said that they found a mass grave with at least 280 bodies in it, while the bodies of a further 20 men had been left in the street - some of whom still had their hands tied behind their back.

“The visit to Bucha was, as expected, quite harrowing,” Minister Coveny told Newstalk Breakfast.

“We were with the Mayor and so he was showing us a lot of destruction but also some of the mass graves that had been put in place and they are in the middle of the gruesome task of taking bodies out of those graves to give people a respectful burial.

“So it’s a very sad scene there of civilians having been targeted by soldiers in a very brutal way.

“We’ve seen many of those scenes on social media but to actually see it for yourself in person was quite powerful.

“And then we had political meetings with the Defence Minister, with the Foreign Minister to discuss how Ireland can continue to help Ukraine through this war.

“And of course, how we can through intensive diplomacy and through tougher sanctions, try and bring an end to this madness.

“There was a lot of discussion, it was a very worthwhile visit and we’ll follow up on a lot of the conversations that have been had.”

The murder of civilians is considered a war crime under international law and the Kremlin has dismissed accusations that Russian forces were responsible as “fake news”, while Alexander Lukashenko, the President of Belarus and a key ally of Putin, has described it as a “special operation in Bucha carried out by the British.” 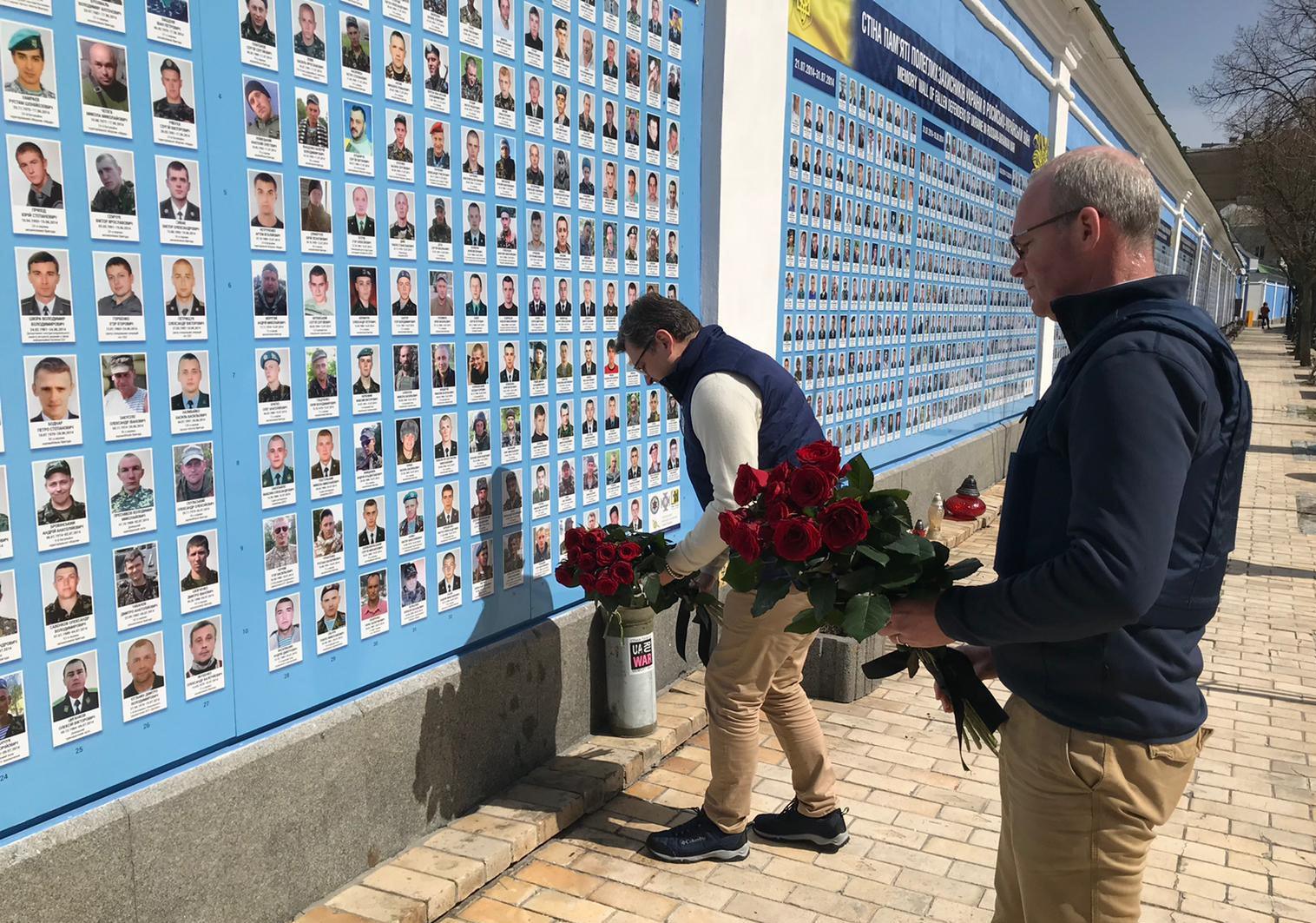 Taoiseach Micheál Martin said it was “preposterous” to claim that Russia was not responsible for the bloodshed and Minister Coveney said he was certain that what had unfolded in the city met the definition of a war crime:

“I’m not in any doubt but it’s not up to a politician, I suppose, to prove that,” he said.

“It’s up to prosecutors to do the painstaking work to put the evidence together and that’s why we have put a large fund in place to support the international criminal court to do that work.”

The Irish Government has donated €20 million to humanitarian funds and arranged for the delivery to Ukraine of a number of essential healthcare items - such as ambulances.

The Defence Forces have also sent over body armour and ready meals for the Ukrainian military.

However, on the question of whether to send lethal weapons to the country, Minister Coveney stressed that, “Our expertise isn’t big weapons.”

“Ireland is a militarily neutral country,” he explained.

“That means we are not part of any military alliance but we’re not neutral in this war and we haven’t been since the start.

“And so we are contributing to an EU fund of 1.5 billion euros to support the Ukrainian military but that’s a fund that’s called the European Peace Facility.

“But when we designed the Peace Facility, there were always mechanisms to ensure that countries that didn’t want to fund lethal weaponry could contribute to the broader fund and that is what Ireland is doing.”