Ireland’s fastest man says he can “feel the love from all over” after he broke the country’s 100 metres sprint record last night.

Israel Olatunde broke the 15-year record held by Paul Hession at the European Athletics Championships in Munich with a time of 10.17 seconds.

On The Pat Kenny Show this morning, he said he has always dreamed of breaking the record, but he has plenty to improve upon to go even better next season.

The 20-year-old from Dundalk said he was solely focused on his own performance instead of his competitors – and he is “really proud” to finally break the record.

“That’s something me and my coaches have been working on,” he said. “Just being able to be competitive on a stage like this.”

“I am just really proud that I was able to pull it off and actually give my best performance.

“It’s great to compete against these guys. I’ve been growing up over the last few years watching these guys compete on the TV so to have my name amongst them really means a lot to me and I’m excited to continue on this path that I am on.” 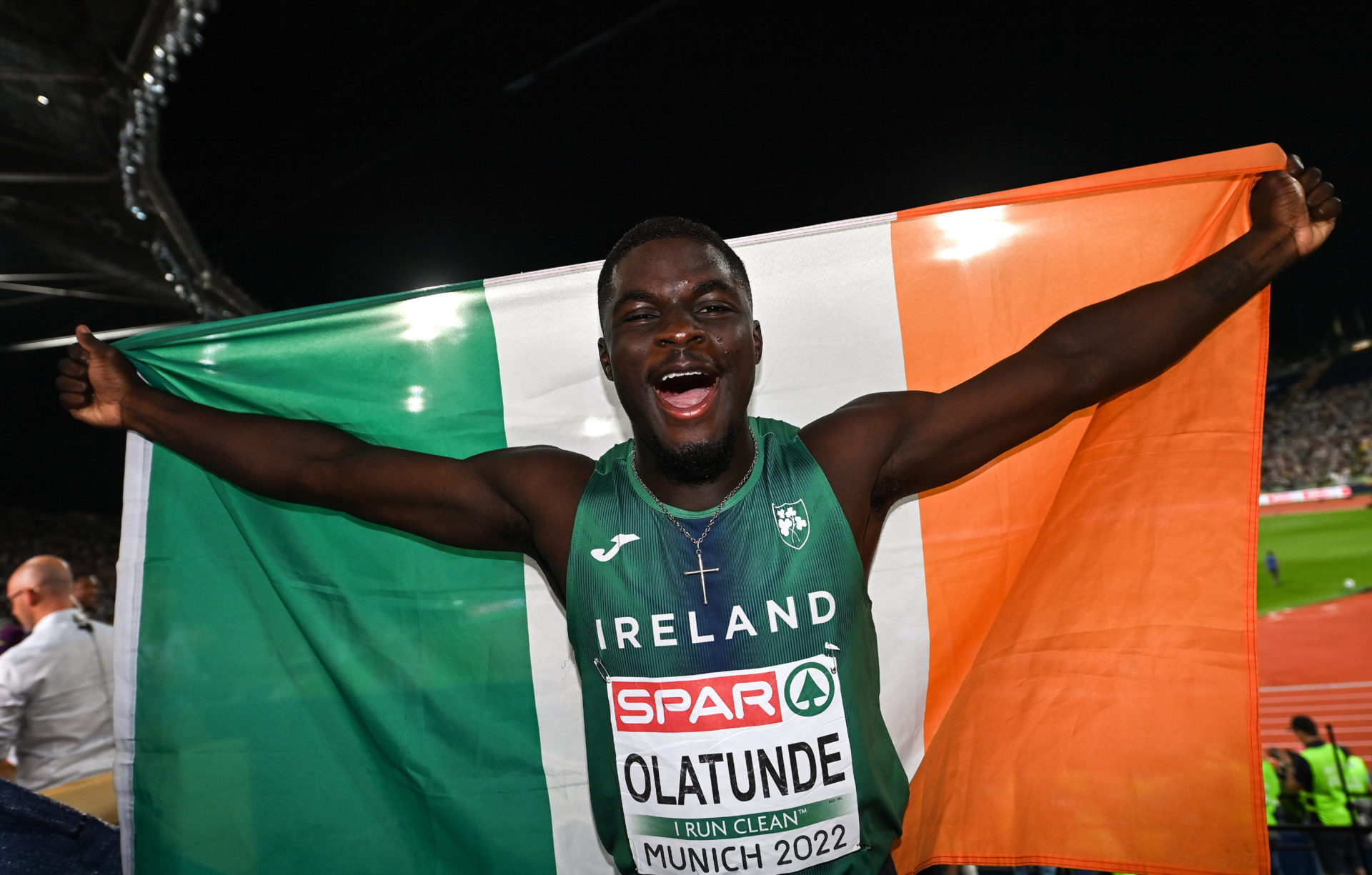 He said he always dreamed of holding the national record, but this season, he was just focused on qualifying for the championships.

“I knew the times would come eventually when the time was right and last night, everything just clicked and I am really grateful I was able to grab the record,” he said.

“Paul is a class act; he’s an amazing sprinter. He set the target for us all to chase and I’m just grateful to be able to, kind of, carry on that legacy.”

Olatunde is due to take part in the relay this Monday morning and on his return from Germany, he’ll sit down with his coaches and reflect on the season.

“There are always things to improve on,” he said. “I’m still young.”

“I still have a long journey in this game and I am excited to just improve and see where I can take this is in the future.”

He credits the women in his life for his sporting success.

“My mum, I think I get my sprinting genes from her,” he said. “She used to sprint back in Nigeria and my sister as well, she is kind of the one that got me interested in Athletics.

“I kind of just followed along and got involved through her.”

Olatunde said he has been getting support from Ireland and Nigeria since he took to the racetrack.

“I can feel the love from all over,” he said. “From the Irish community and form the smaller Irish Nigerian community as well.

“Everyone has just really gotten behind me and it’s just really great to see. I’m a very self-motivated person but to be able to see people coming together to support me really me pushes me to newer heights and it has allowed me to achieve this great achievement.

“To become the sixth fastest man in Europe this year and to break the national record. For sure.”

As for the previous record holder, Paul Hession sent Olatunde a message of congratulations last night.

“I was a bit starstruck,” said Olatunde. “I was a bit in awe that he would send me a message so I was really grateful for that.

“It is just amazing to be in the same conversation as such a great sprinter and I’m excited just to continue on the legacy and pass on the baton I guess."