Irish Water has been criticised for not making changes it was told to at its Leixlip water treatm...

Irish Water has been criticised for not making changes it was told to at its Leixlip water treatment plant.

The plant was at the centre of the country's largest ever boil water notice last week, which affected some 600,000 people.

People in parts of Dublin, Meath and Kildare were told it was not safe to use their tap water because of a treatment issue.

A report of an audit at the plant has been published by the Environmental Protection Agency (EPA).

It found the primary cause of the incident was a blockage in one of the treatment processes, the alum (coagulant) dosing line, on October 21st.

The EPA says this gave rise to elevated turbidity levels in treated water.

"This compromised the integrity of the treatment barriers for the removal of cryptosporidium/giardia creating a significant risk to the safety of the water supply", it says. 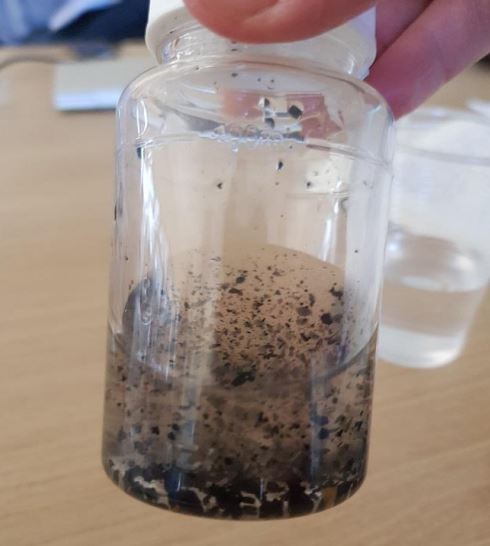 A sample of black particles which caused blockage of the alum dosing line, which are thought to originate from the disintegrating lining of the alum storage tanks | Image: EPA

It also says there was then a "failure to respond to multiple process alarms" that activated at the plant as a result of the elevated turbidity levels in the water.

It adds that: "Irish Water and Fingal County Council had failed to implement the main recommendations of the EPA's previous audit of Leixlip water treatment plant in March 2019.

"In particular there was a failure to install automatic shutdown when critical plant alarms are not responded to, as previously recommended, which was a contributory factor to the incident."

It found that since the incident, Irish Water and Fingal County Council have implemented automatic plant shutdown on high turbidity levels - and if there is a failure, to respond to a turbidity alarm within 15 minutes.

It says that while the Leixlip plant is now operating satisfactorily, the level of treatment at this plant is "not sufficient to manage the risk posed by the River Liffey source water." 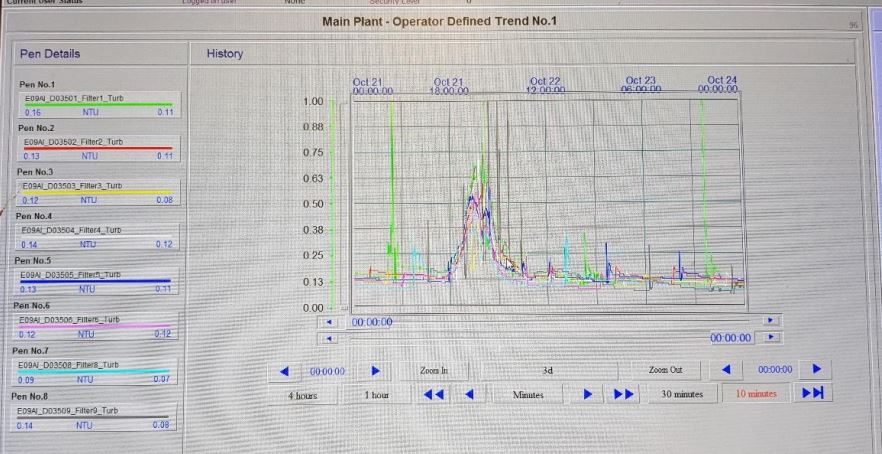 A SCADA graph showing the impact on filtered water turbidity levels at the PCI plant following the blockage of the alum dosing line | Image: EPA

To address this, the EPA has recommended that Irish Water consider installing ultraviolet disinfection to ensure drinking water quality and the protection of public health.

It also recommends that Irish Water and Fingal County Council should review their managerial and operational structures and procedures, to ensure there is a fail-safe system in all critical control situations at Leixlip.

It also wants them to conduct a system-wide risk assessment of all elements of the plant, to identify vulnerabilities and actions necessary to mitigate the risks identified.

It says its recommendations should be addressed by Irish Water "as a matter of priority."

The utility is also required to submit a report to the EPA no later than November 30th, detailing how it has addressed the recommendations.