The heatwave officially comes to an end today but fine weather is still expected this weekend. A ...

The heatwave officially comes to an end today but fine weather is still expected this weekend.

A Status Yellow high-temperature warning for the entire country that had been in place since Tuesday came to an end this morning.

Scorching temperatures hit several regions nationwide during the week, including on the hottest day of the year on Wednesday.

The mercury reached 30.8C at Mount Dillon in Co Roscommon, while temperatures of 30C were also recorded at Newport in Co Mayo.

Northern Ireland also had its warmest day of 2021 on Wednesday when highs of 31.3C were recorded at Castlederg in Co Tyrone.

The rest of the country experienced temperatures in the mid to high 20s all week, and while the heatwave is over, the next few days will still bring balmy conditions.

Met Éireann says that Ireland will still enjoy warm weather this weekend, albeit cooler than the previous few days.

Highest temperatures will be between 23 and 28C generally today, warmest in the west, but slightly fresher along the east coast.

While it will be a mostly dry day, a few heavy showers or thunderstorms may develop in some western coastal counties this afternoon.

Mostly dry with just the chance of a heavy shower or ⛈️ near western coasts this afternoon.

🌡️ of 23 to 28°C generally in a light to moderate E to NE breeze.https://t.co/9gKN6SVok4 pic.twitter.com/ultzBgz3hE

It will be another warm night after a week of restless sleep for many, with temperatures generally not falling below 11 to 14C.

According to the national forecaster, "Sunday will bring good sunny spells with just a few scattered heavy or thundery showers developing in the afternoon".

It could also get very warm with highest temperatures of 22 to 28C.

Looking towards the days ahead, temperatures will return to normal next week.

"We're going to have high pressure in the Atlantic and it's going to steer down in a northerly airflow, so that's going to allow cooler air to drift in from the north Atlantic.

"Temperatures by next week are going to be back to average, maybe hitting 20 or 21C.

"Bit certainly, we're going to lose that intense heat that was had this week." 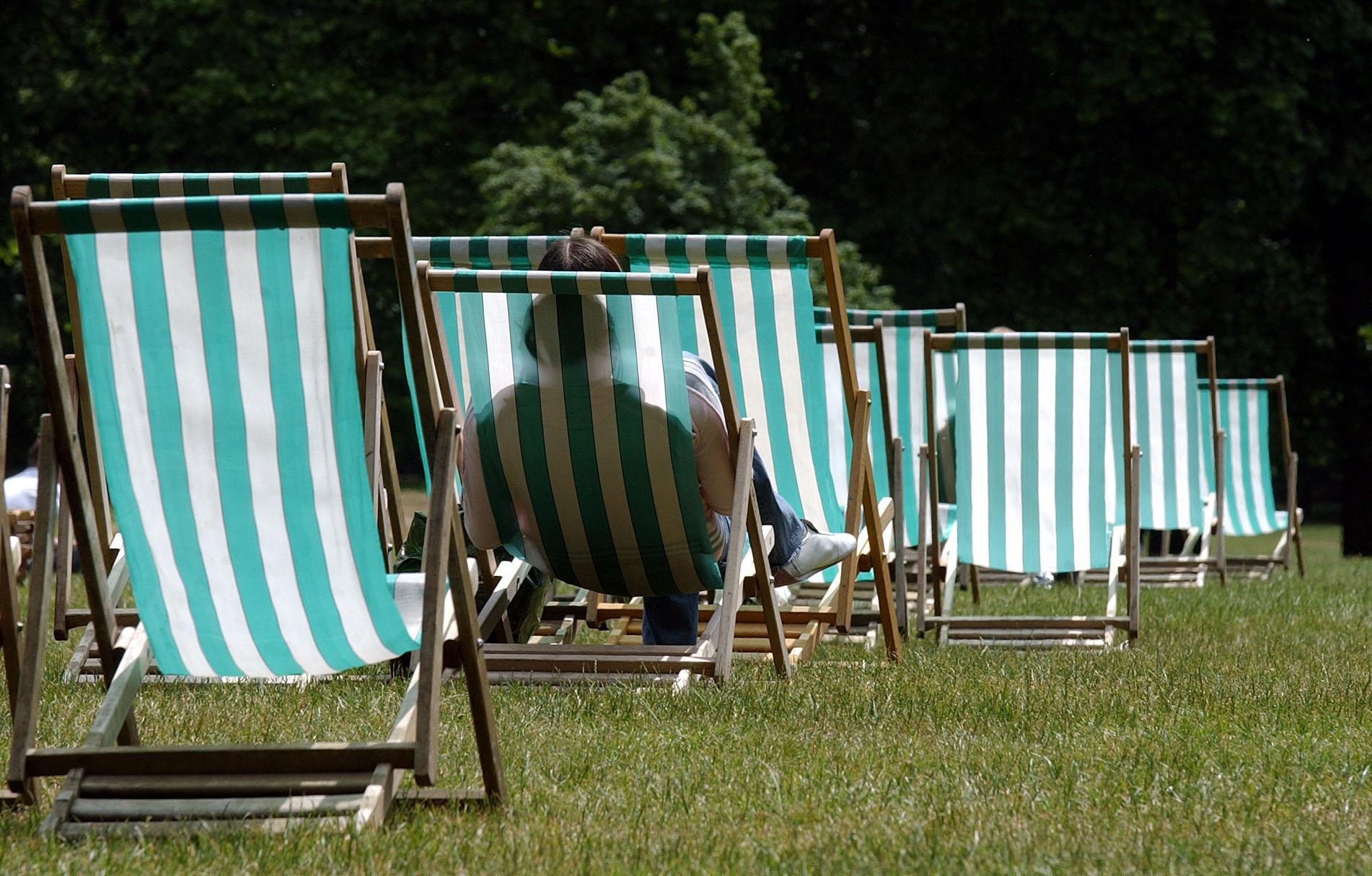 A girl relaxes in a deckchair. Photo: PA

Met Éireann's outlook from Monday onwards predicts it will be "cooler and unsettled for the week ahead with temperatures back to more average values for mid-summer".

Conditions will turn less humid on Monday, with "a fair amount of cloud" and the best of the sunshine in the south and southeast.

Showery outbreaks of rain will develop during the day, mainly in western parts, with highest temperatures typically ranging between 18 to 23C.

The rain will clear early Tuesday followed by fresher conditions and some scattered showers, with highs of 16 to 20C.

Wednesday onwards will be showery with the risk of heavy downpours and thunder, mixed in with bright or sunny spells too, with warmest temperatures typically in the mid to high teens by day.