The head of the Health Service Executive (HSE) has said he is hopeful Ireland will receive over o...

The head of the Health Service Executive (HSE) has said he is hopeful Ireland will receive over one million vaccine deliveries per month from April onwards.

Paul Reid also said the vaccination plan for frontline workers may have to be looked at throughout the process.

It comes after the Chief Medical Officer Dr Tony Holohan said the UK coronavirus variant now accounts for over 60% of Ireland's recent cases.

A further 51 virus-related deaths and 2,608 new cases were reported here on Thursday.

Mr Reid told Newstalk Breakfast a plan to have every adult vaccinated by September can be done.

"When we look at the potential volume of vaccine suppliers coming on-stream... the first thing related to that is that they get the approval... second thing is that they live up to the delivery commitments - and that's always risky and volatile". 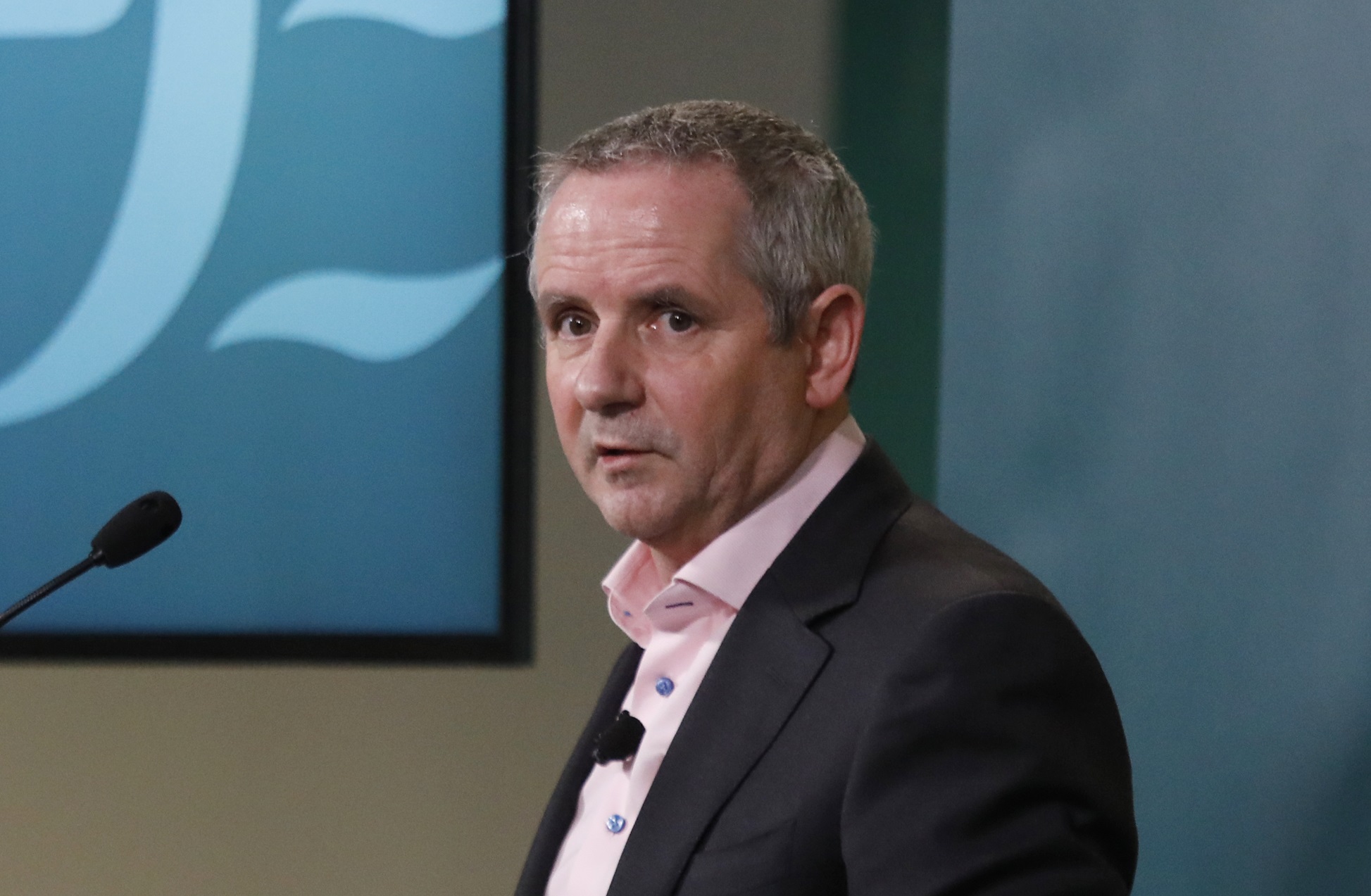 HSE CEO Paul Reid at Dr Steevens’ Hospital in Dublin for a weekly operational update on the response to COVID-19. Picture by: Leon Farrell / Photocall Ireland

"Realistically when we look at the volumes that's committed by those suppliers, in quarter one we should see huge advances - with over 1.4 million vaccines completed.

"And we then - when the AstraZeneca and other suppliers come on stream - you are looking at over one million deliveries per month from April/May onwards."

He said this is based on "huge levels of assumptions that we hope and do plan to come true".

'Never seen this in our hospitals'

He said the situation in hospitals remains stark.

"It is of extreme high-risk situation that we are managing on a daily basis."

"If you take the past 14 days, while we have seen the transmission levels in the community come down, the reality for our hospital system is we've seen 2,700 admissions in those 14 days to hospital".

"And we've never seen a situation in our hospitals where two-thirds of the people in our ICU units are being treated for the one illness".

He suggested the continued high case numbers could still be a remnant of the Christmas period.

"We are experiencing the effects of the rapid rising post-Christmas and early New Year.

He said while it is at an extremely concerning level, the HSE has implemented several measures.

"We've gone into our national surge plan, we've moved about 33 patients between one hospital to another for ICU... we're utilising the private hospitals now in terms of some ICU capacity".

Asked about lobbying for certain groups of people to get the vaccine ahead of others, Mr Reid say they will work off the plan from the National Immunisation Advisory Committee.

But he added: "There is understandable, huge pressure and demand from various different workforces to be vaccinated - and I totally understand that.

"And there is a level of which we will look as we move through this process do those need to change."

"But the reality of it is we're absolutely limited by a reasonably smaller level of supply that we have right at this point in time".