The UK coronavirus variant now accounts for over 60% of Ireland’s recent cases, according to the Chief Medical Officer.

Dr Tony Holohan was speaking after he announced a further 51 virus-related deaths and 2,608 new cases.

The UK variant is believed to be about 50% more transmissable than previous strains and Dr Holohan said its rise in recent weeks is making it harder to suppress the virus.

“There is a continued progress towards dominance of this particular variant which, for all the evidence we have available to us, will make suppression of transmission that but harder than we have seen previously,” he said.

Health officials said 49 of the deaths announced this evening happened this month.

The death toll accounts for the denotification of one death.

This afternoon, there were 1,943 COVID-19 patients in hospital and 214 in intensive care.

Dr Holohan said: “While we are making clear progress in reducing incidence, we can see we still have a very large burden of infection,”

“To illustrate this, on Dec 1st, when we last eased restrictions, our five-day moving average was 261 cases per day, today it is almost ten times that number at 2,430 cases per day.

“It is evident that the population is working as one to reduce contacts and interrupt further transmission of the disease; however, we are witnessing the effects of high levels of community transmission through our hospital and ICU admissions and reported deaths.

“We need to continue to work together to drive this infection down and bring the disease back under control.”

Monaghan still has the highest rate in the country at 2,134, with 12 other counties still reporting rates higher than 1,000. 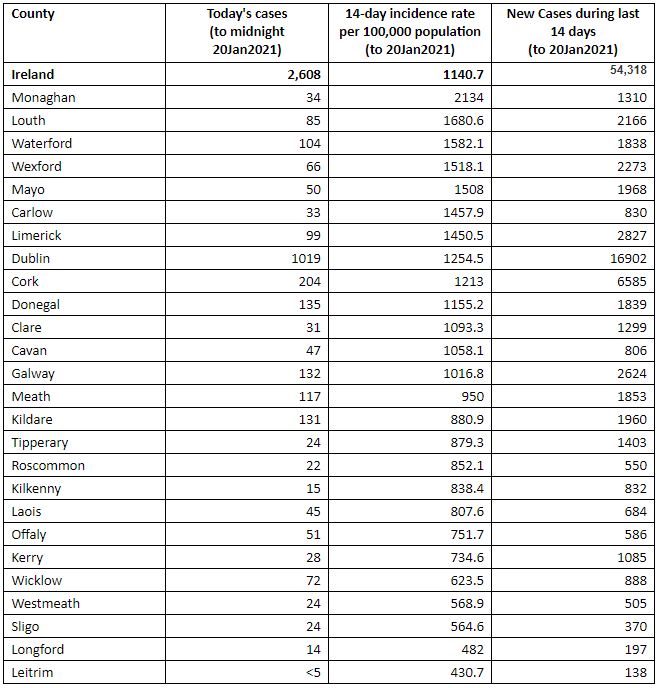 Ireland's 14-day incidence of the coronavirus. Image: Department of Health

The Chair of the NPHET Irish Epidemiological Modelling Advisory Group Professor Philip Nolan said the country must work to keep the reproductive number of the virus below 1.0.

“Incidence is gradually falling but remains very high across all age groups but particularly in those aged 85 and older,” he said.

“A considerable effort by all of us to cut down on contacts has resulted in the R number reducing to 0.5 - 0.8. We have to keep it below 1.0 if we are to successfully emerge out of this current wave.” 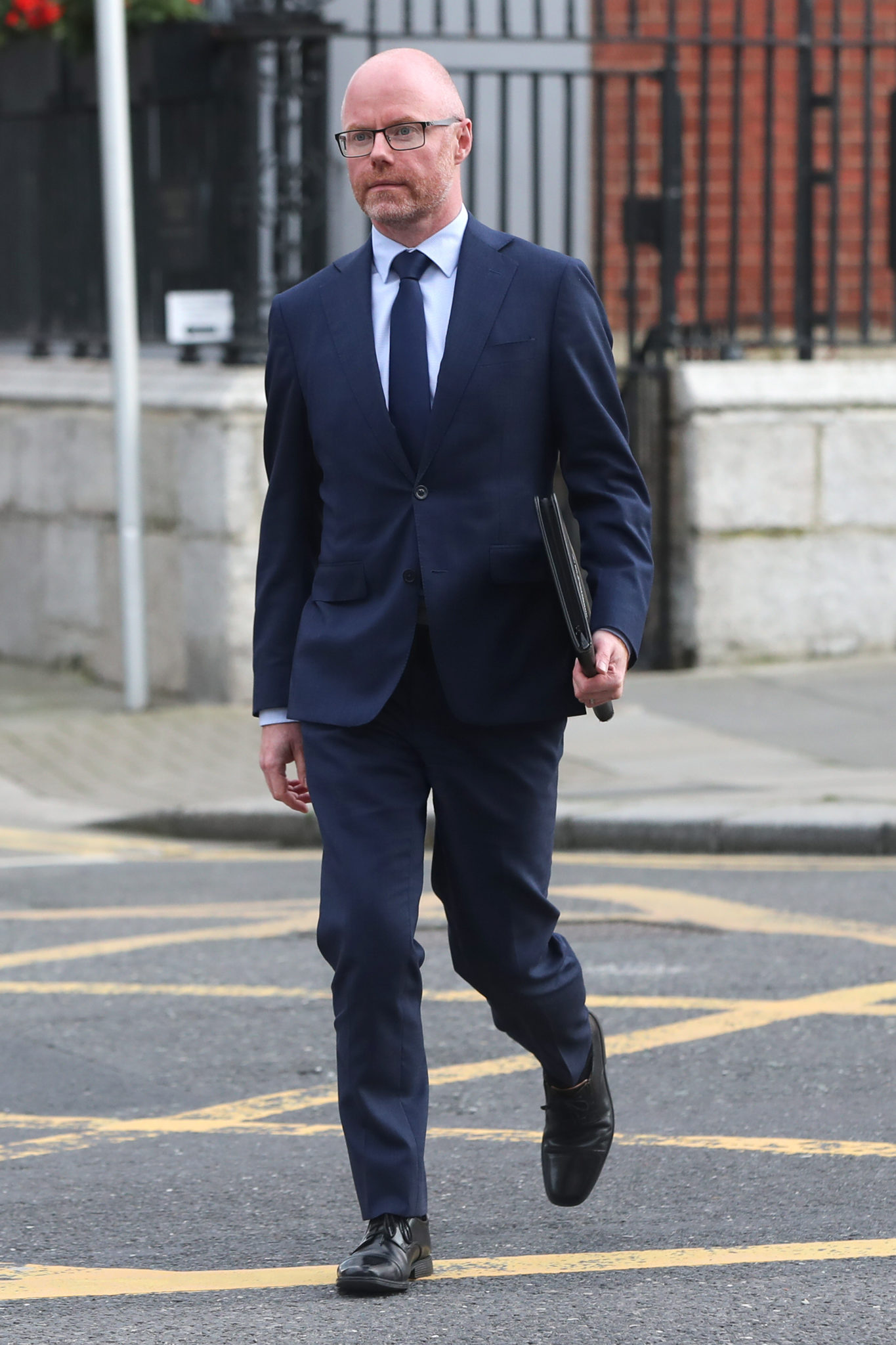 Minister for Health Stephen Donnelly arrives for a cabinet meeting at the Government Buildings in Dublin.

It comes after Dr Holohan warned the Government that there could be as many as 1,000 deaths this month.

In a letter to the Health Minister, he said the January death toll was likely to be between 500 and 1,000.

He said even “optimistic projections” suggest the country will be recording between 800 and 1,6000 cases a day by the end of January.

This evening, the Deputy Chief Medical Officer said 532 had been recorded this month already.

"We can unfortunately expect this trend to continue over the coming days," he said.

"Limiting contacts, keeping physical distance from others, hand hygiene, appropriate use of face coverings and general awareness about how your interactions could potentially spread infection will ultimately prevent further morbidity.

He said following the guidelines will "directly save lives."

Speaking in the Dáil earlier, the Tánaiste said Ireland is “nowhere near” where it needs to be to ease the current coronavirus restrictions.

That came after the Taoiseach Micheál Martin said he expected to see restrictions go well into February.

Dr Holohan said he has no reason to disagree with the Taoiseach's assessment.